Good gravy, how is the Minnesota State Fair already over? It’s not that the summer went too fast, it’s just that the end is always a surprise. 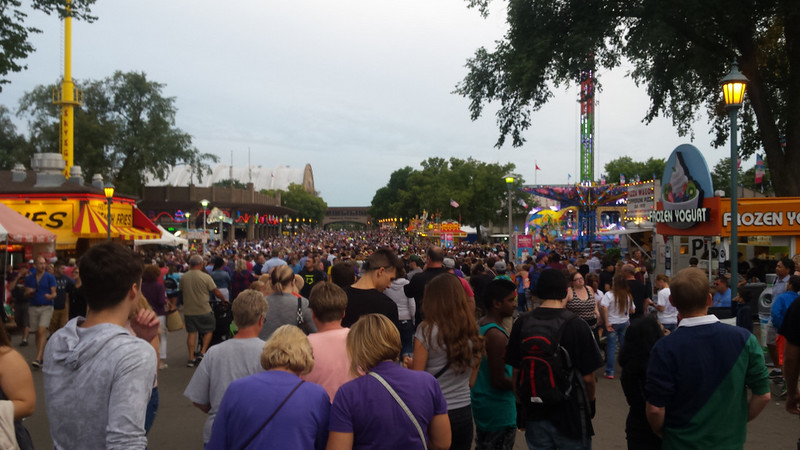 It’s hard to imagine that there was ever a time – and it was not so long ago – that I hated the fair and refused to go. This year, not only did I go twice, but I even considered going another time, by myself. 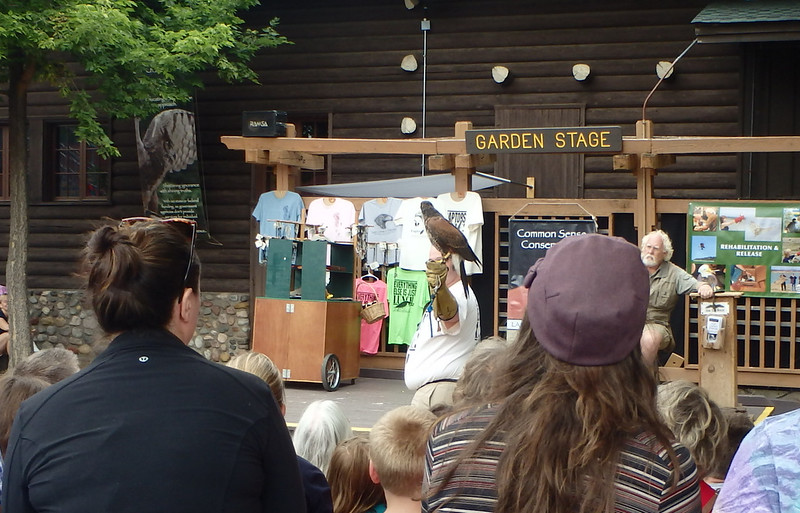 My husband and I went on the second day but it was more or less a work trip, to do the history walking tour (which is co-sponsored by the Minnesota State Fair Foundation and my employer, the Minnesota Historical Society). We saw things like the J.V. Bailey House: 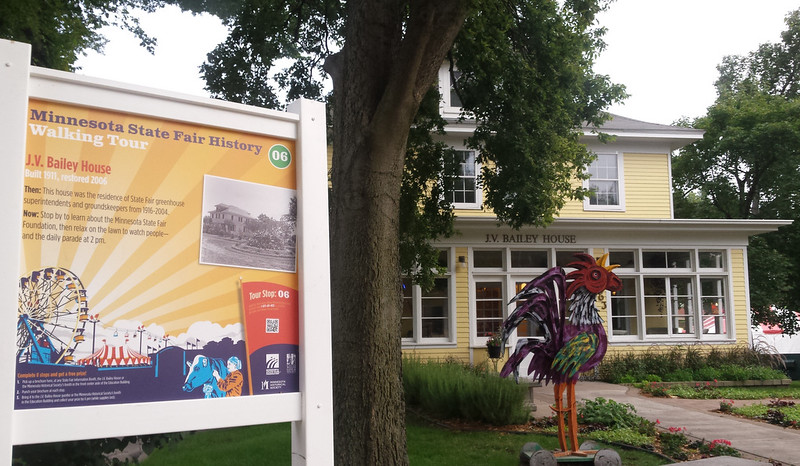 …and the horse barn: 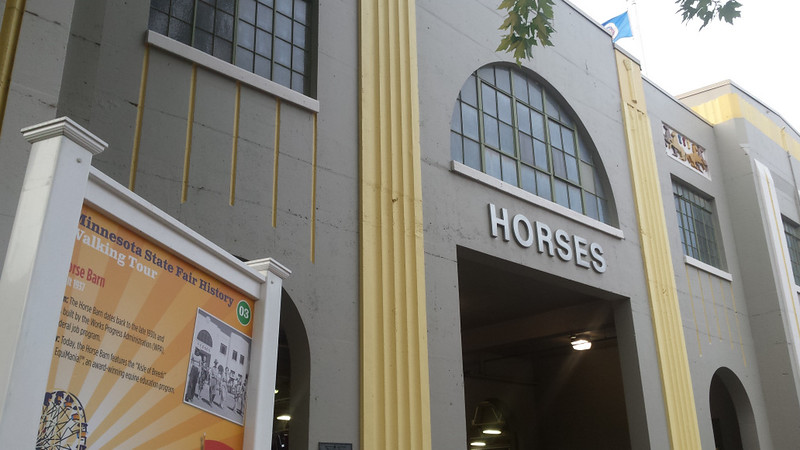 More than an hour later, we had punched all 12 stops: 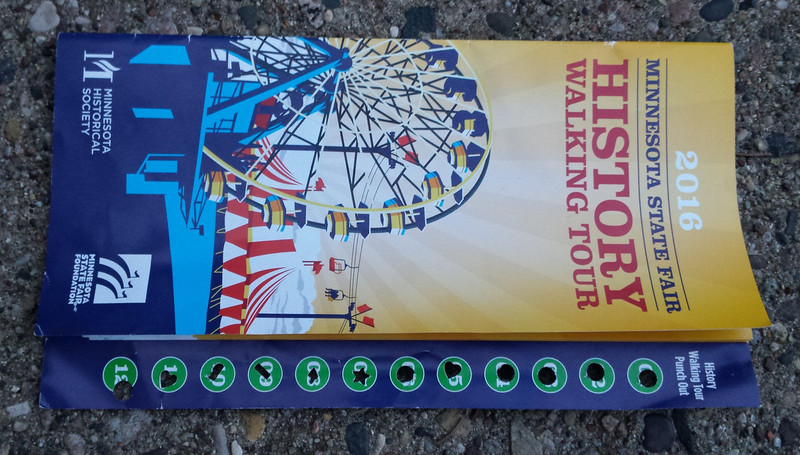 We went late in the afternoon and it got dark quickly; we saw the fireworks from the bus. 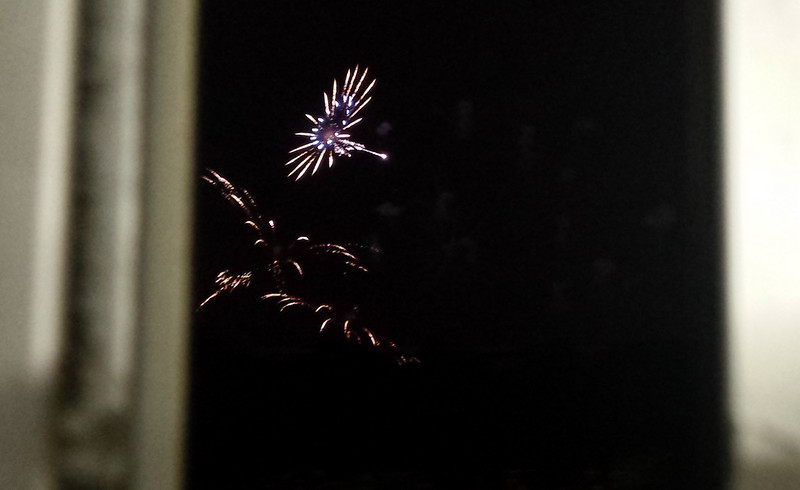 Our second trip was on the second-to-last day, with my sister and her husband. 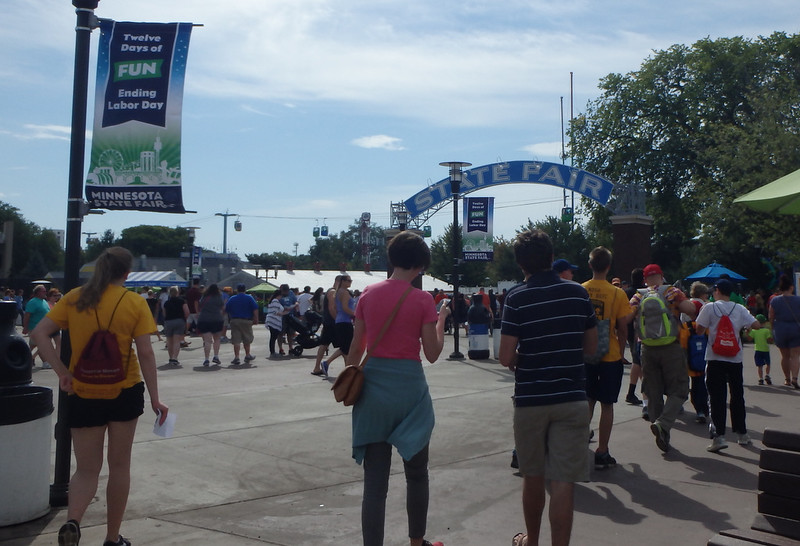 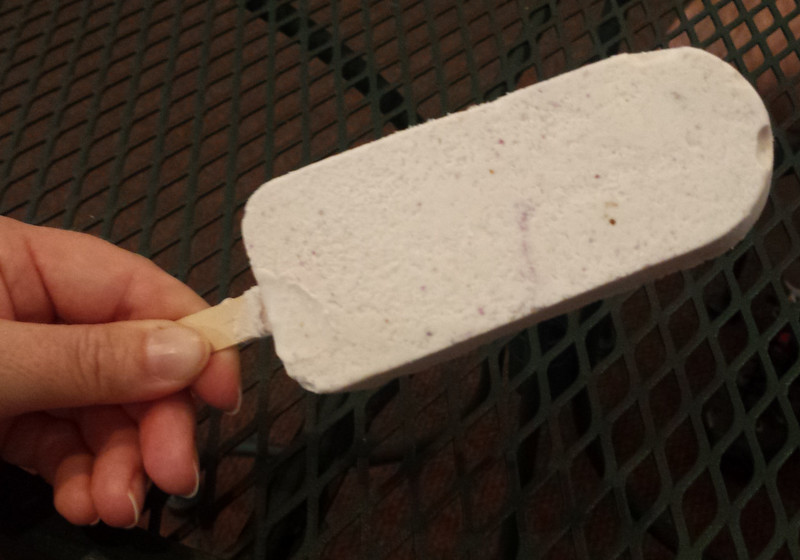 buffalo Minnekabob (horrible photo from inside the food building): 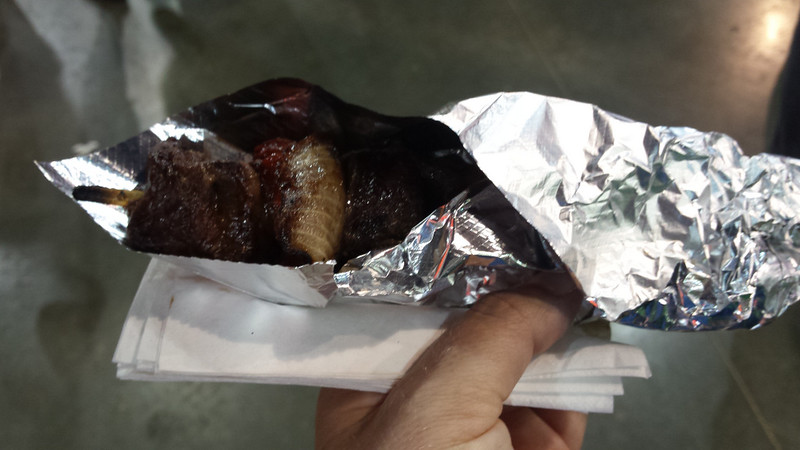 My sister had never tried Sweet Martha’s cookies (!!) so we had to remedy that: 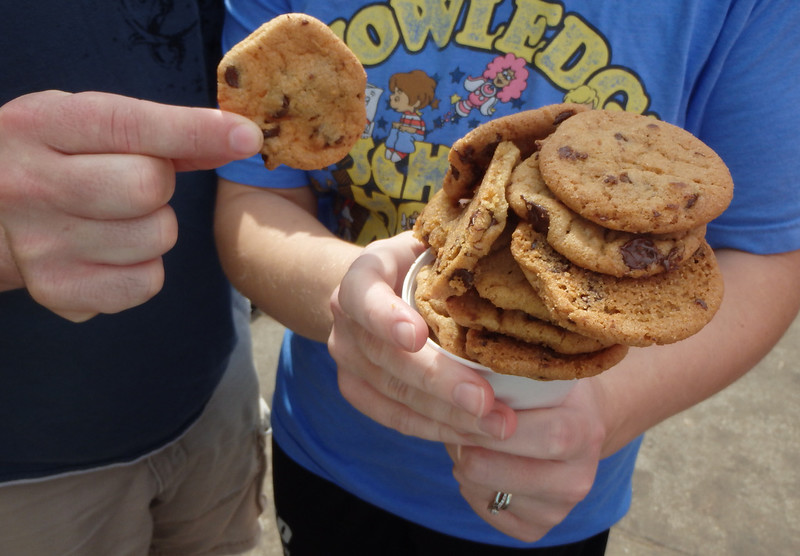 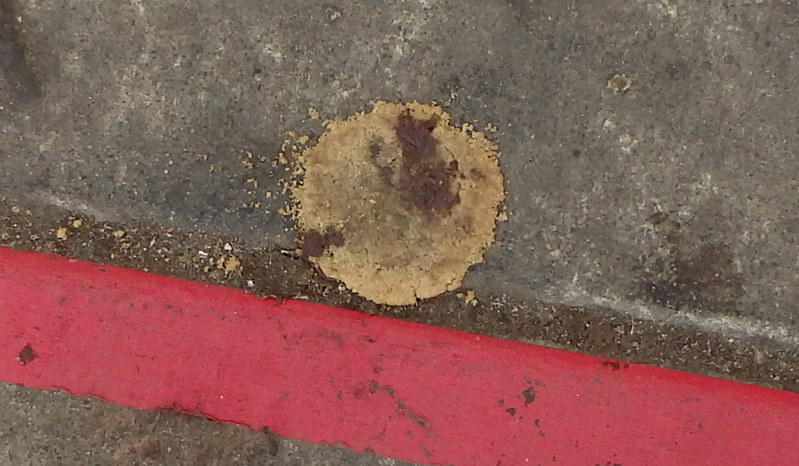 Other food tried by the four of us over two trips: blueberry malt from the Dairy Building (good as always), Minnesota corn dog (not my favorite), bang bang chicken (too spicy for my bland palate but everyone else thought this was wonderful), cheese curds (always delicious), crab fritters (tasty), fried ravioli (meh), deep fried olives (I didn’t try this), pineapple Dole Whip (good), apple dumpling (good), super stick of deep-fried pizza (I didn’t try this), and chicken parm sandwich (yum).

There’s much more to see and do besides eat, like visit the Minnesota Newspaper Museum: 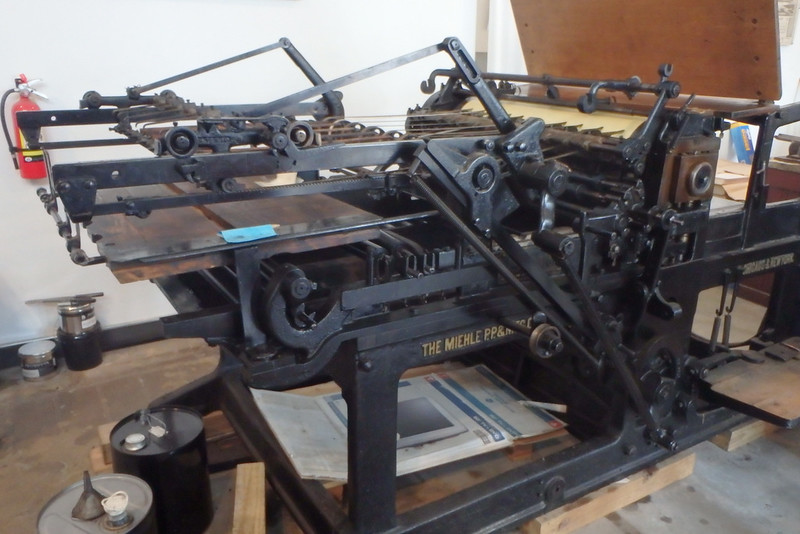 We were determined to participate in the Giant Sing-Along but got there during “Take Me Out to the Ballgame” – which wasn’t a very inspiring pick, to be honest. We sing it at every baseball game! But we gamely (heh) sang along. 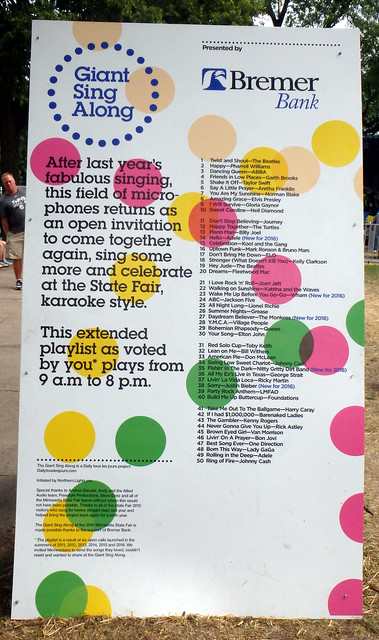 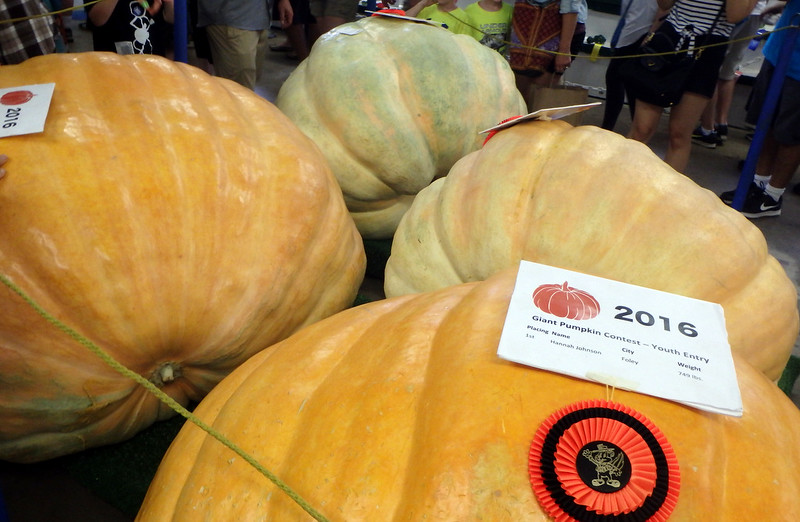 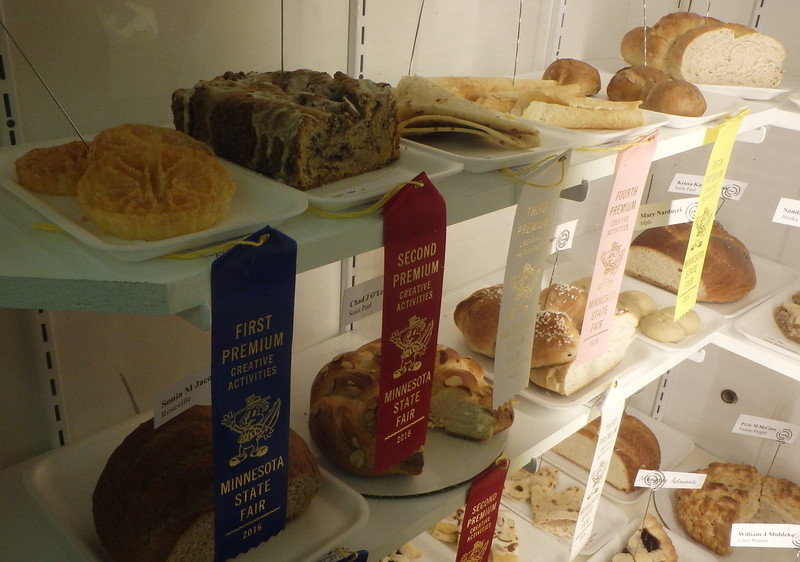 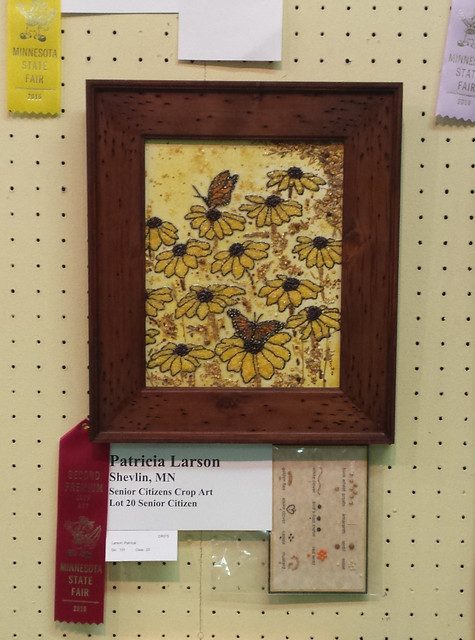 Lots and lots of people and animals – an attendance record, which doesn’t surprise me: 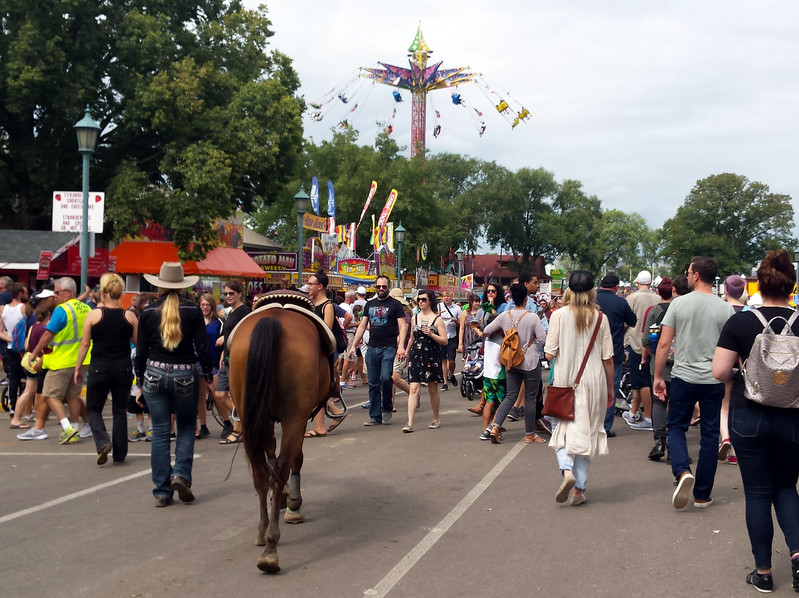 Leftover items that didn’t get done from the 2015 visit – how did we do?

So, pretty good. See you at the fair next year. 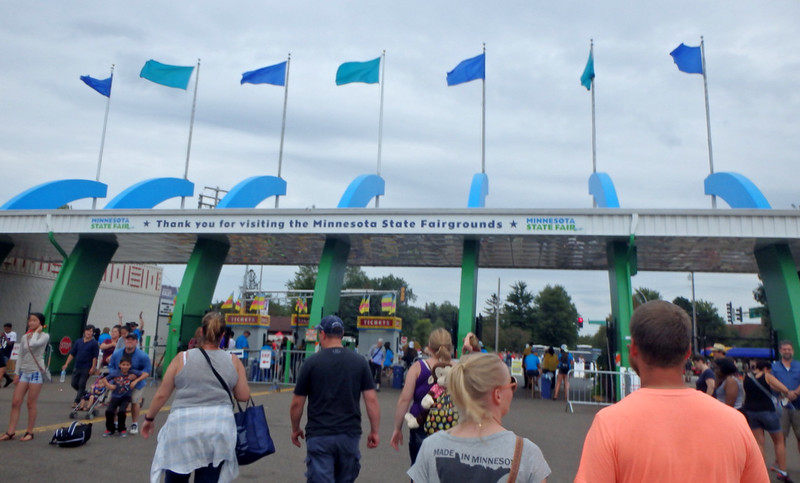 More from the fair