On the Fifth Day of Christmas, it’s time to look back at my 2016 road trips to see the decorations in cities and towns across Minnesota. This year I didn’t make any special trips; I only visited when I was already going to an area – though admittedly I may have taken the long way once or twice. (Wait, this isn’t entirely true; the Isanti / Cambridge / Braham trip was just for fun. The other two trips, though were for other reasons.)

The themes this year: wreaths, garland, and snowflakes. That was all I saw on the lampposts, no matter which city. 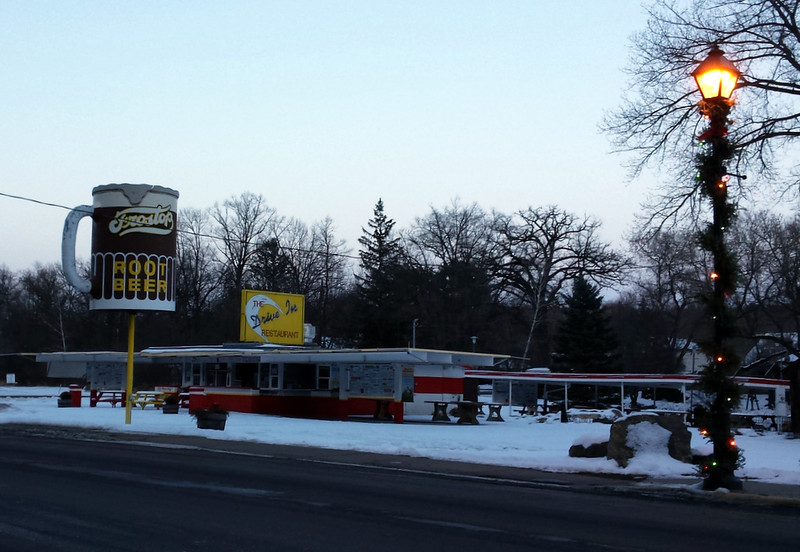 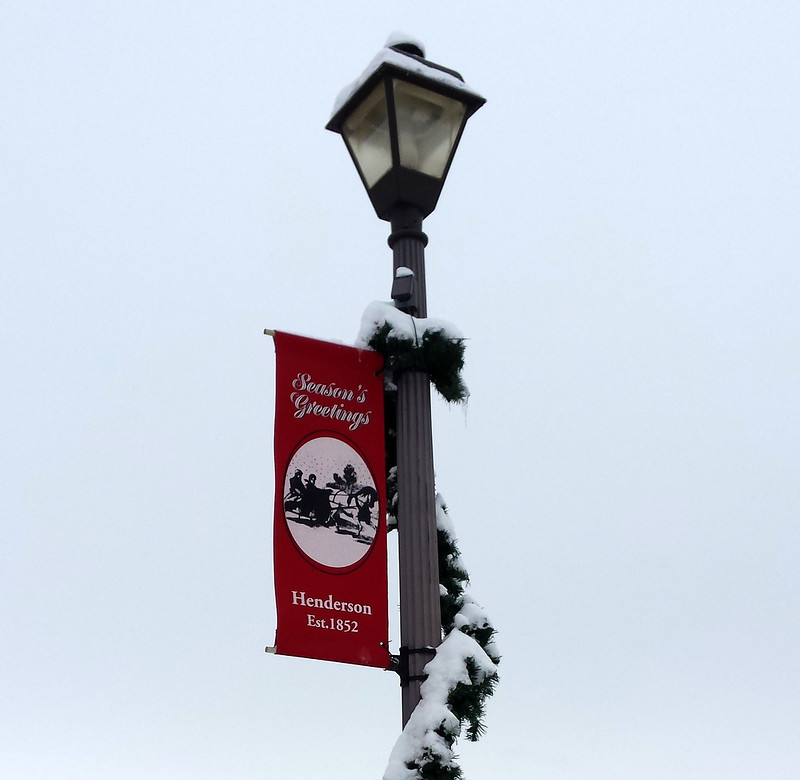 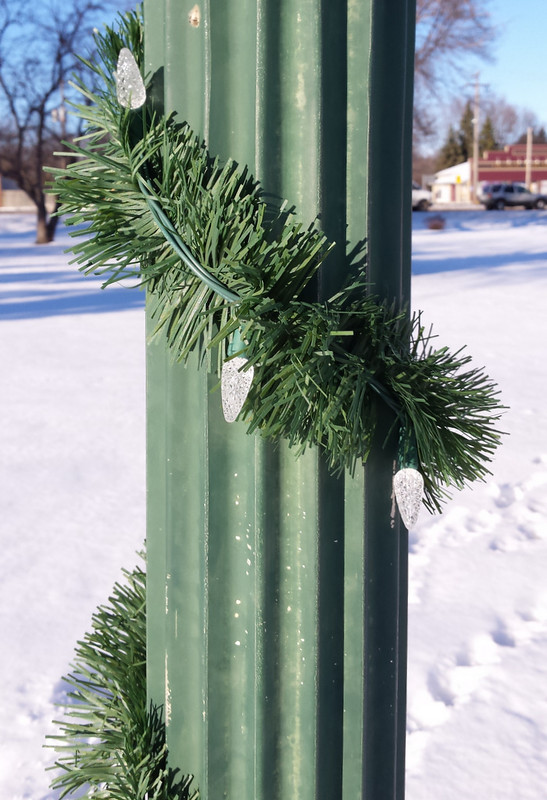 Identical wreaths on all the buildings in Isanti: 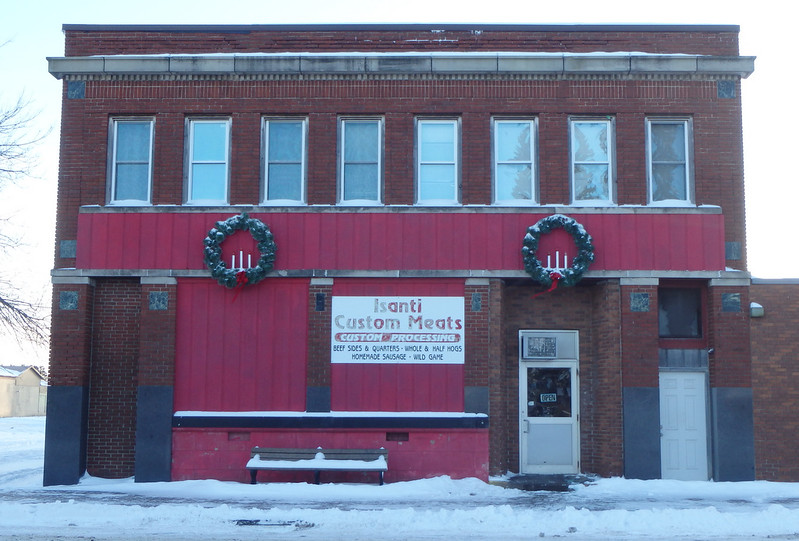 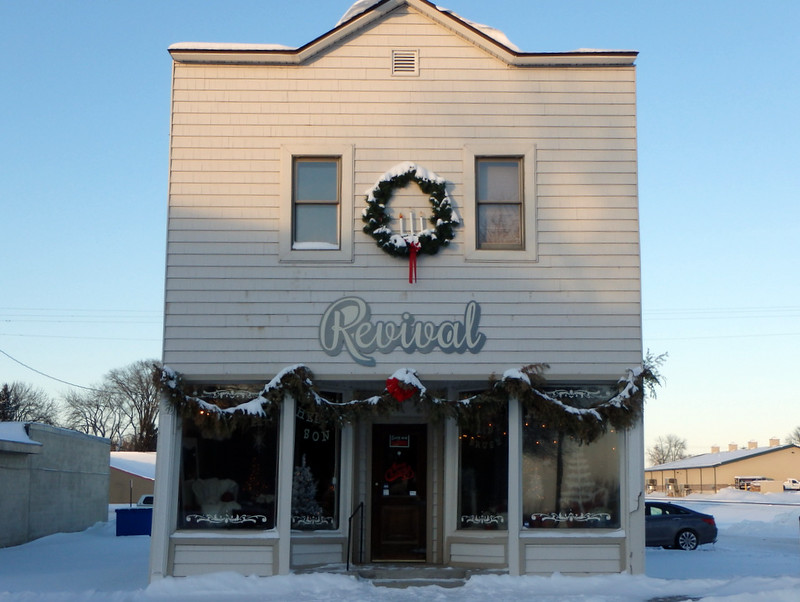 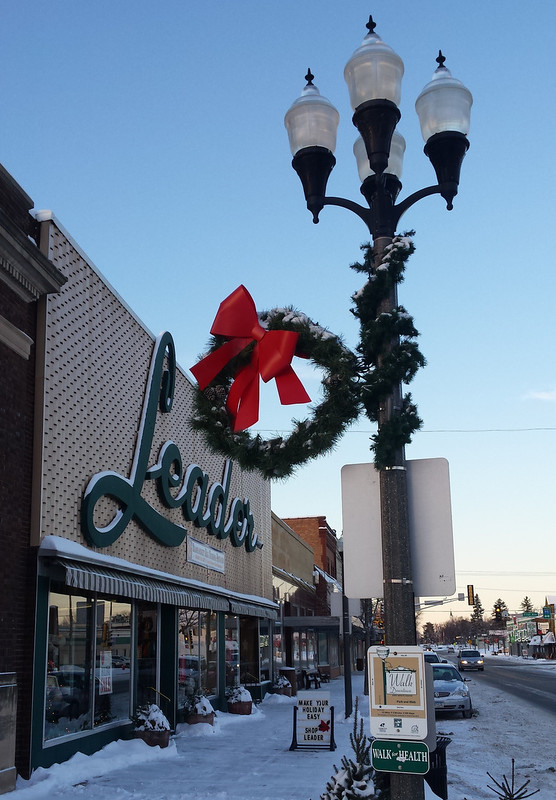 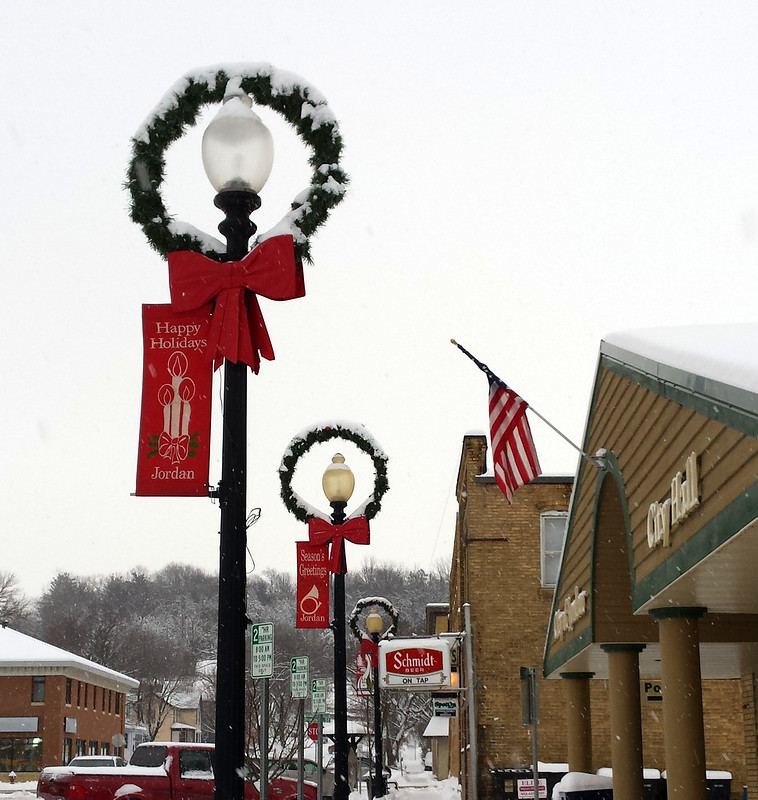 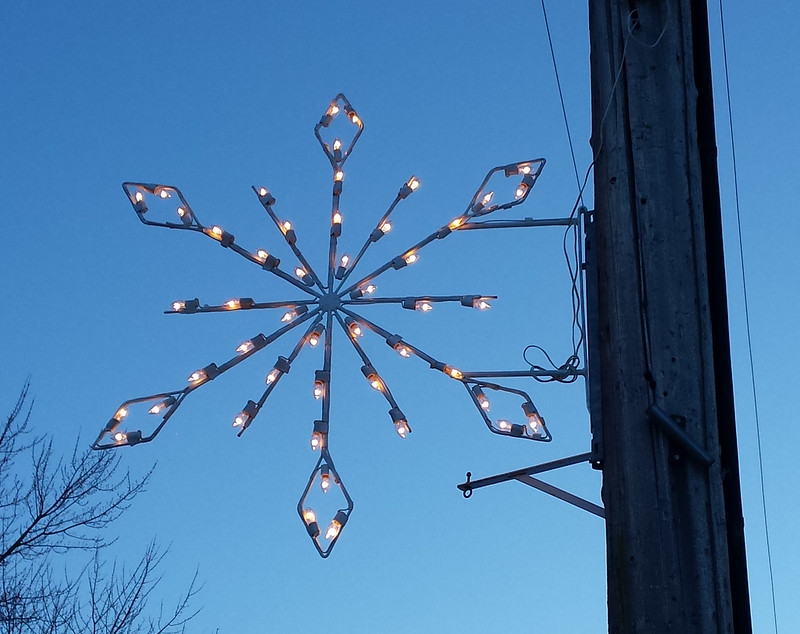 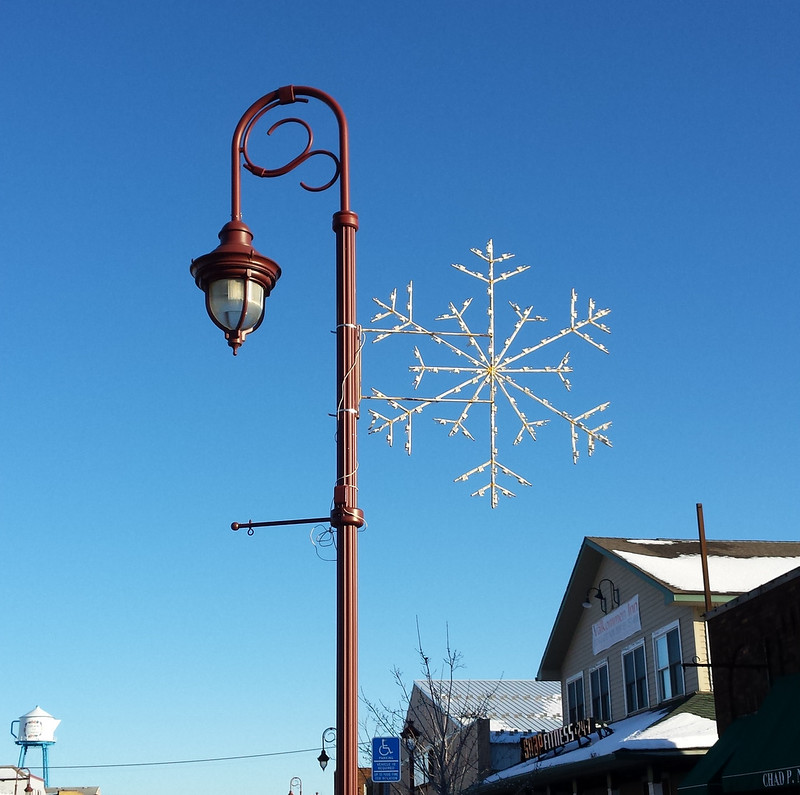 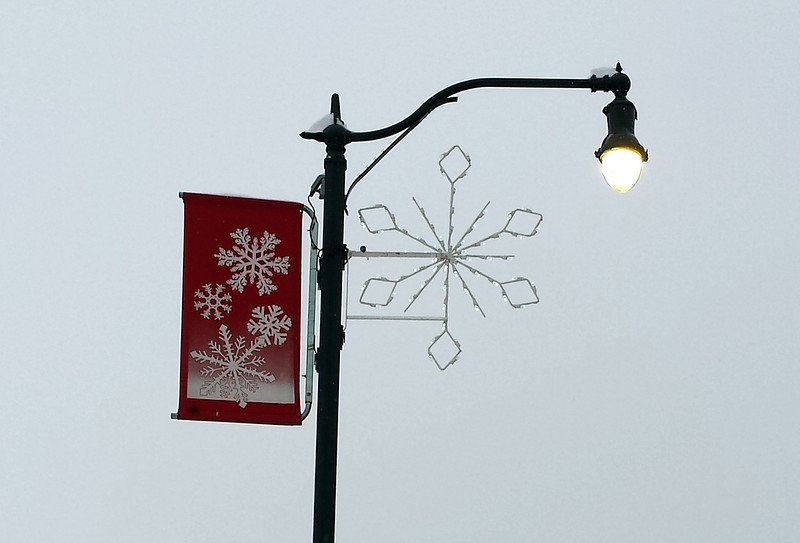 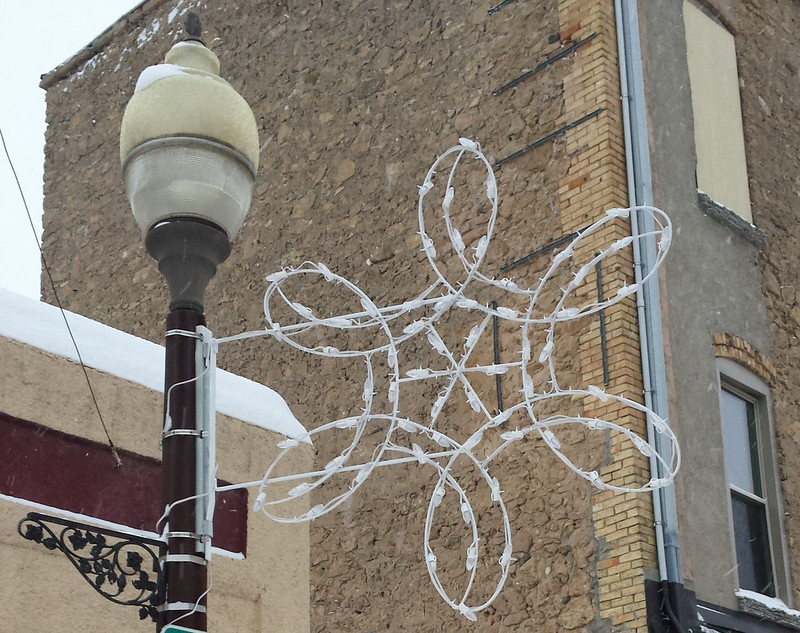 The store windows and town squares were quite festive. It was really hard to take pictures without reflections from across the street, but I did my best. 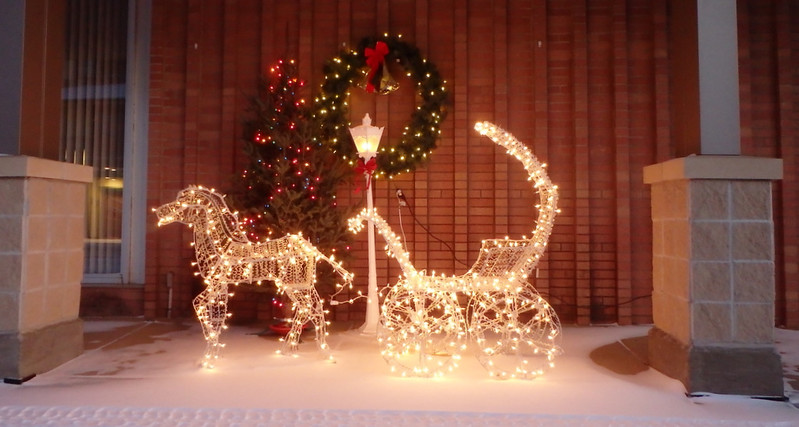 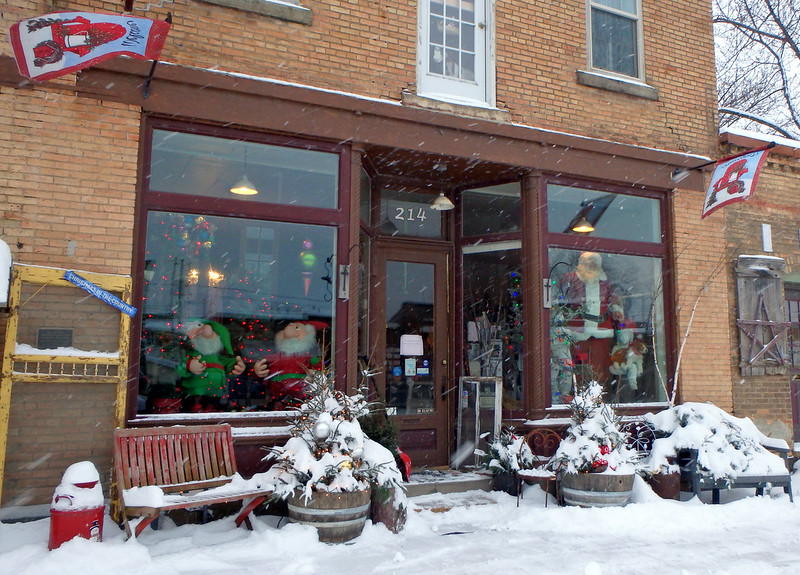 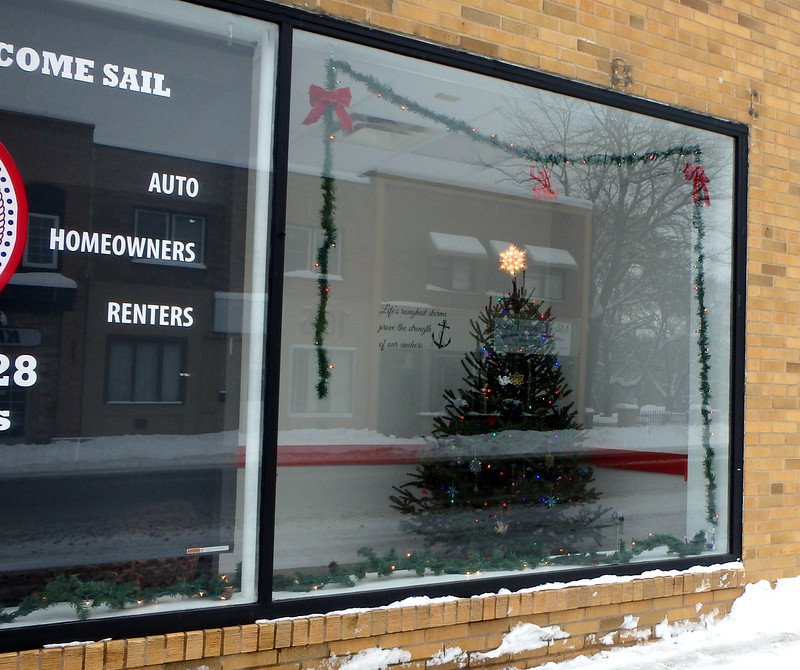 Mrs. Claus and Mr. Claus on Main Street in Henderson: 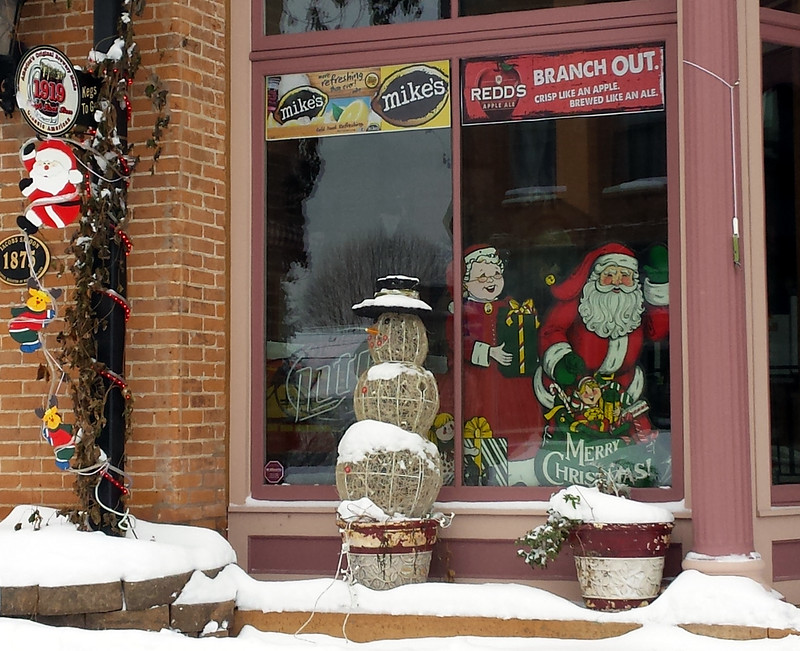 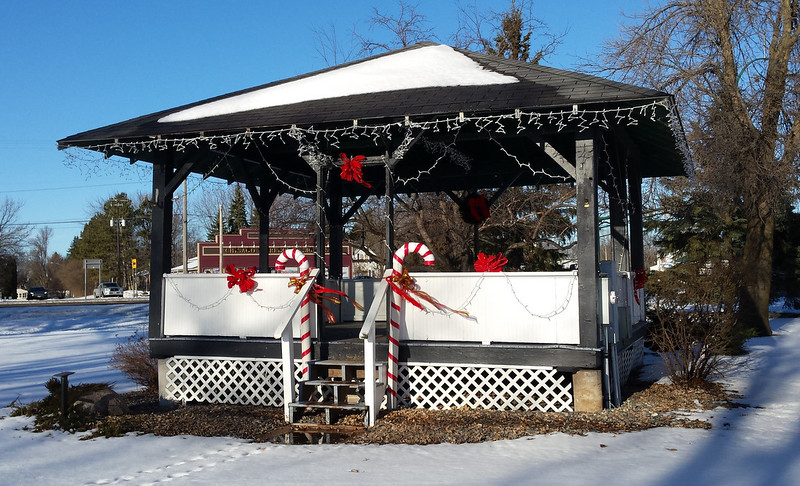 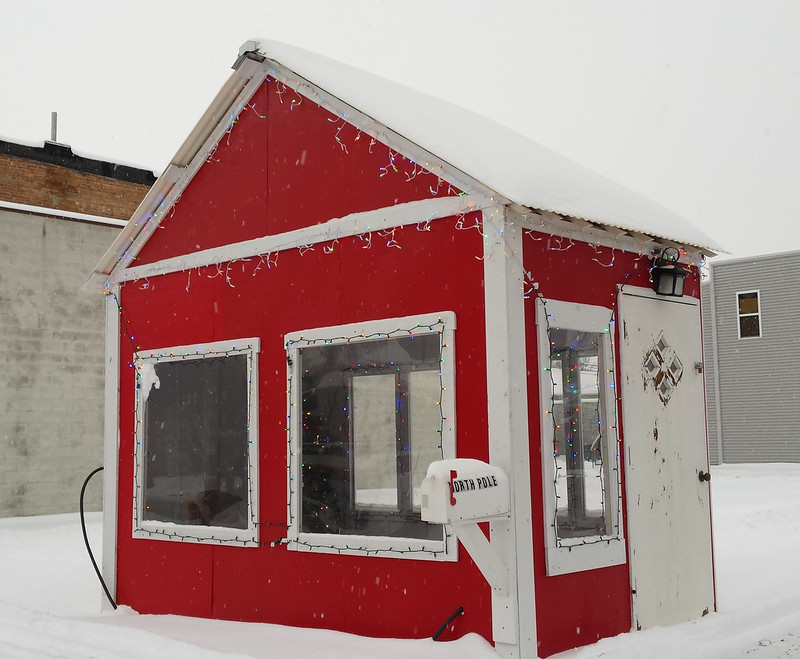 A nervous pig in the window of Isanti Retail Meats: 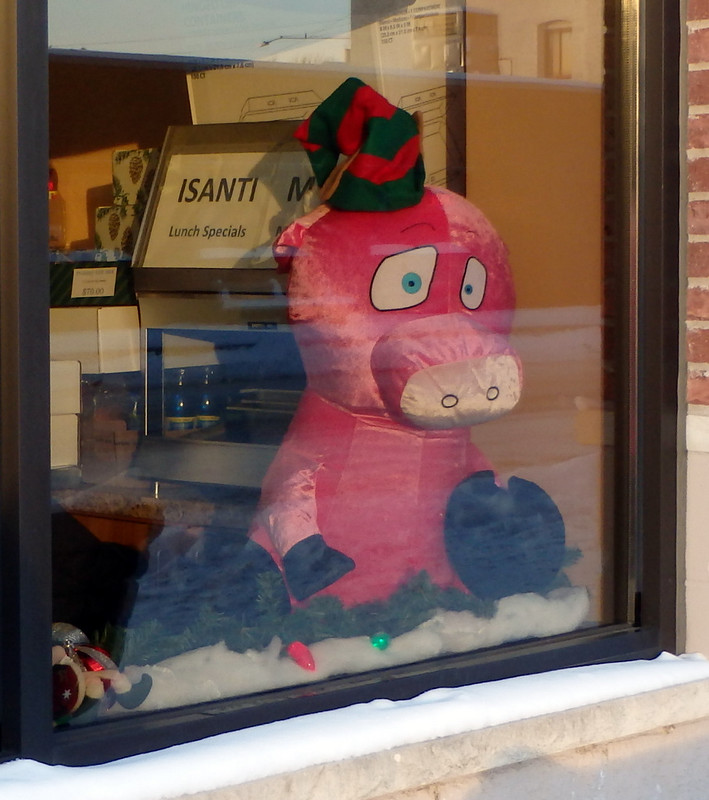 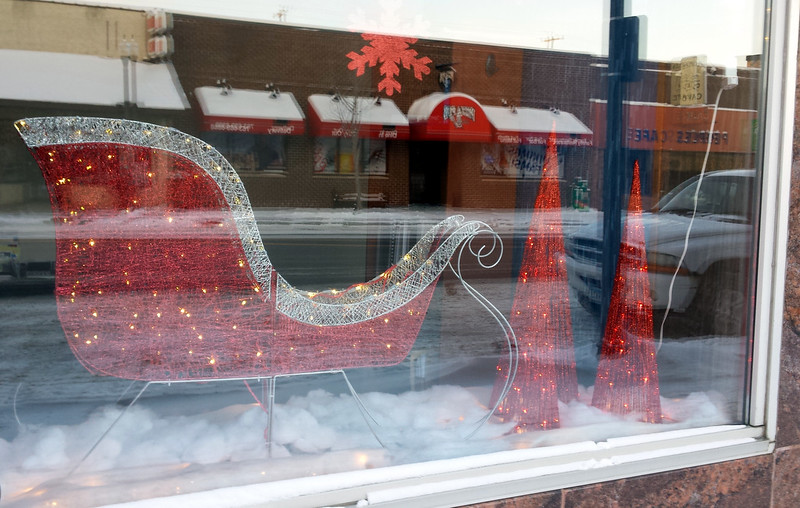 …and the reindeer across the street at Herman’s Bakery and Deli: 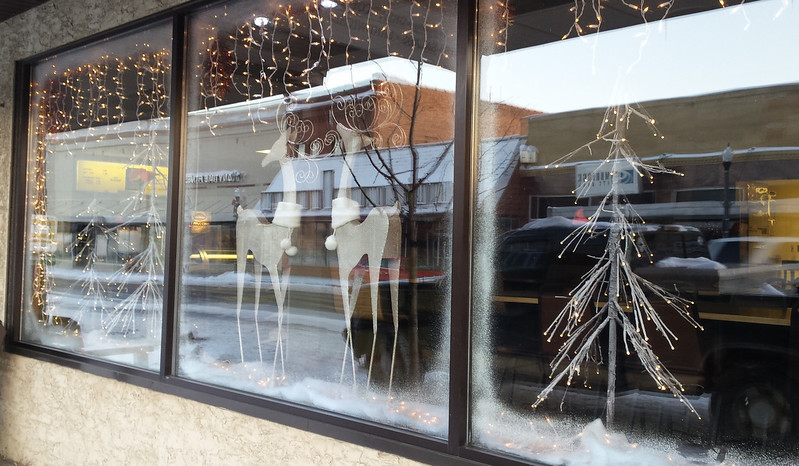 My favorite: a three-window painting of Santa and his sleigh in the windows of the Creamery Crossing cafe in Isanti. From right to left: 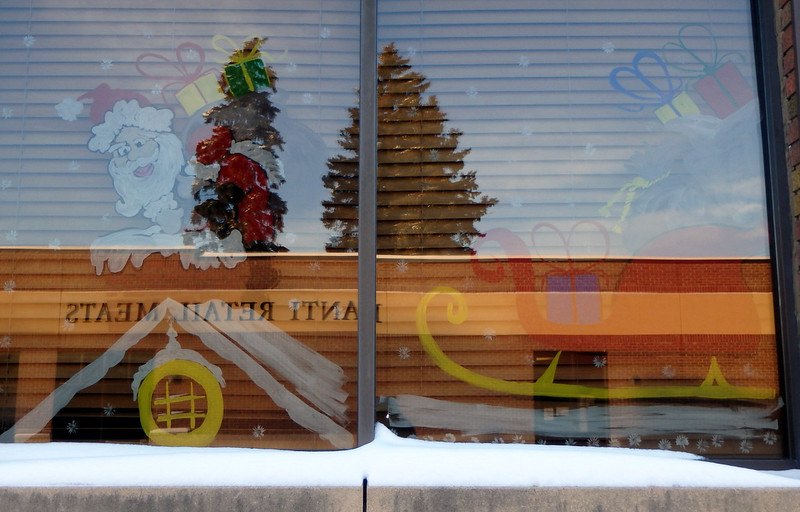 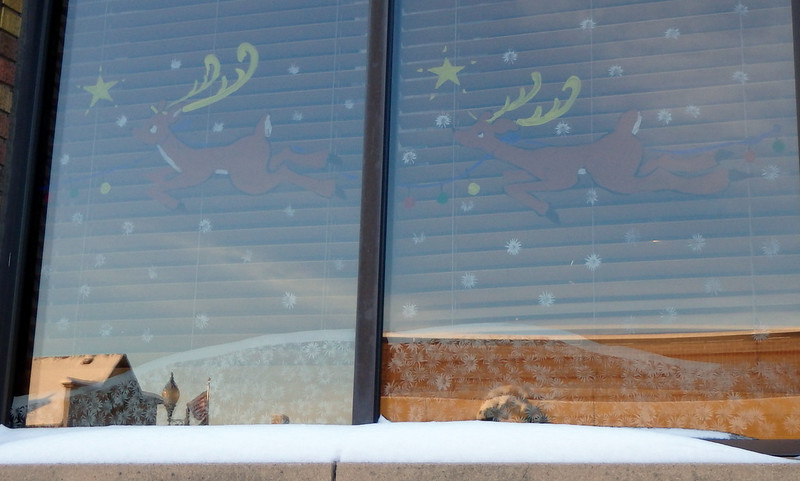 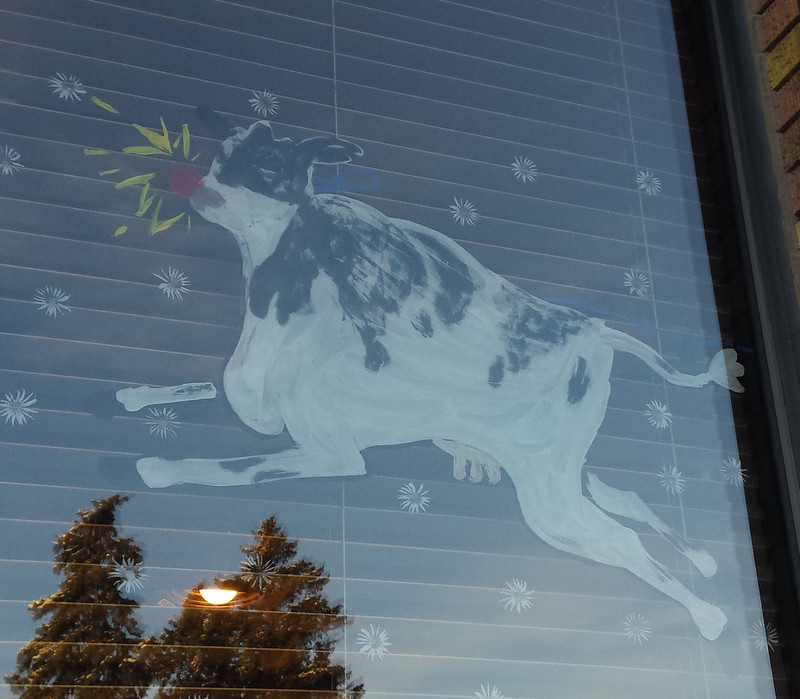