I’m always on the lookout for wildflowers, so at the first sign of spring, we headed out to four parks to see what we could find.

I had a day off in early April and headed an hour north of the Twin Cities to Wild River State Park by myself. It was too early for wildflowers! But there were very clear views of the river and woods since none of the vegetation had grown in yet. It was a great day for a solo walk; I saw only one pair of runners during this 1.5-hour visit. 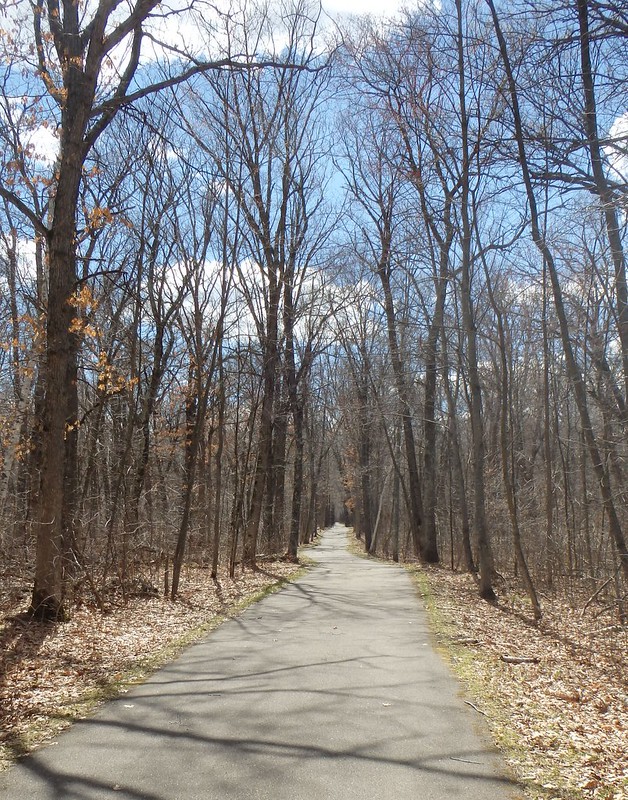 Quiet path through the woods. 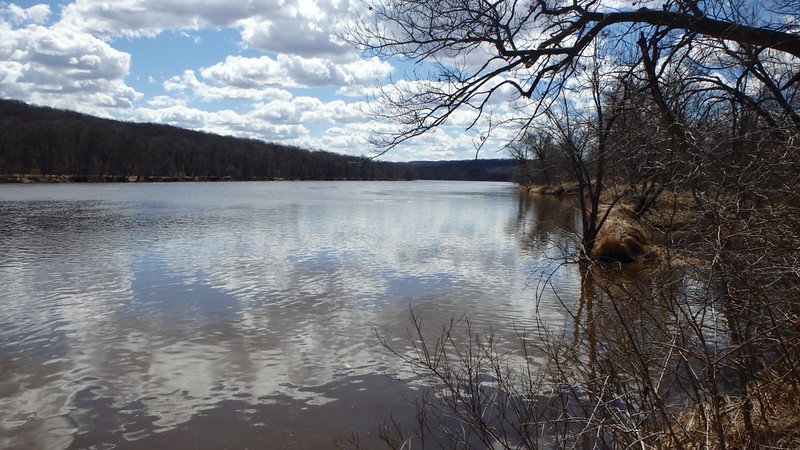 Down by the St. Croix River. 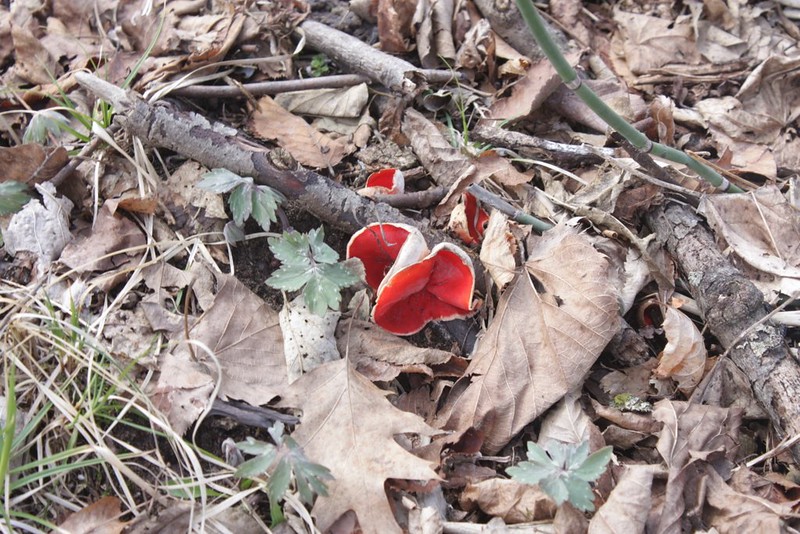 These orange mushrooms (I’ve already forgotten their name) were a bright spot of color on the mostly brown ground. 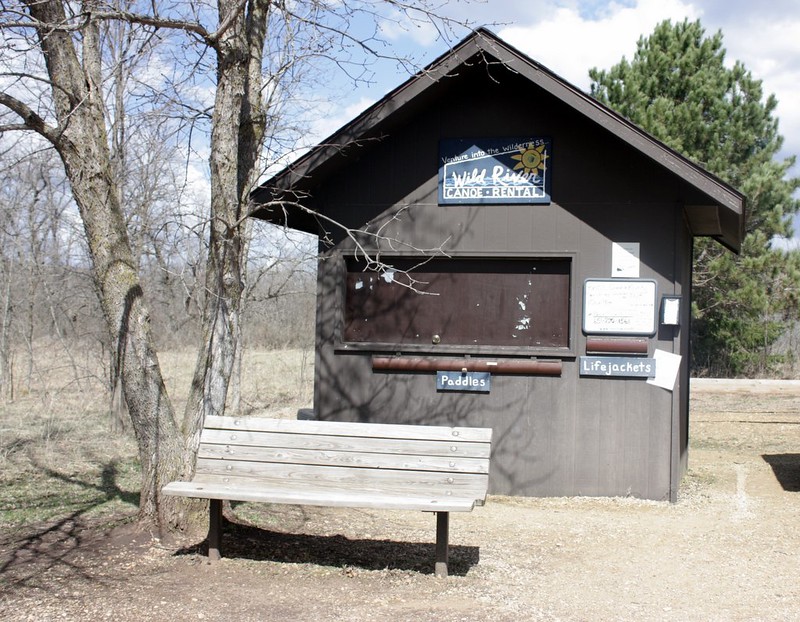 Waiting for warmer weather (and tourists).

Maybe it was the dreary weather the day we visited… 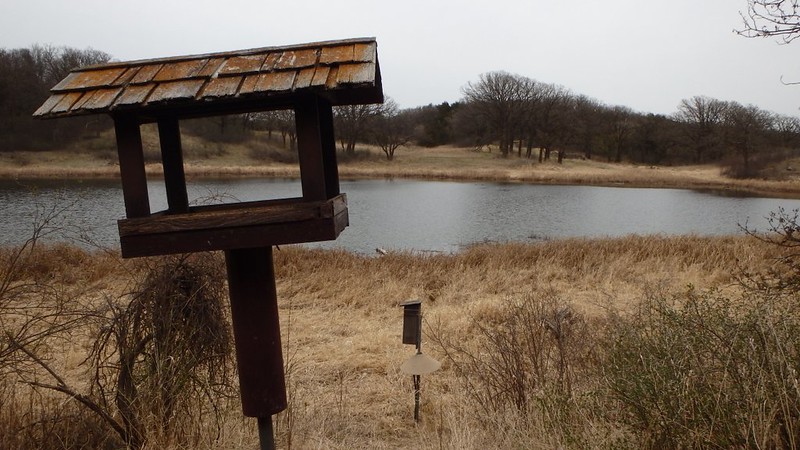 maybe it was the fact that we got lost more than once on the trails (which could use better signs, in my opinion)… 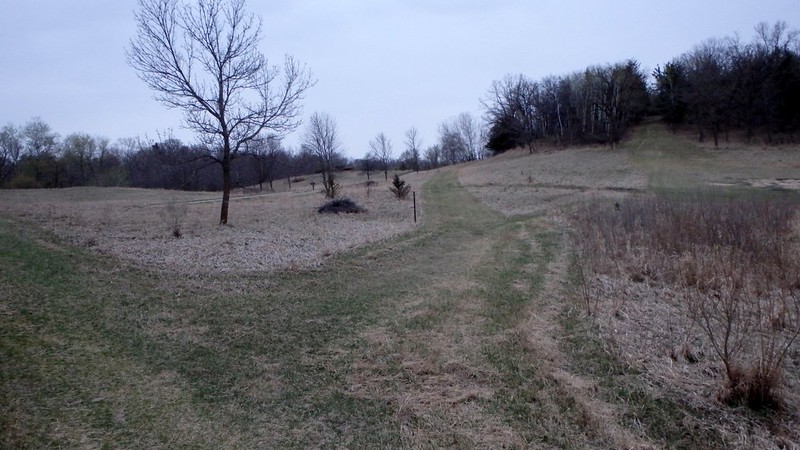 Which way does this path go – left, straight, or right? 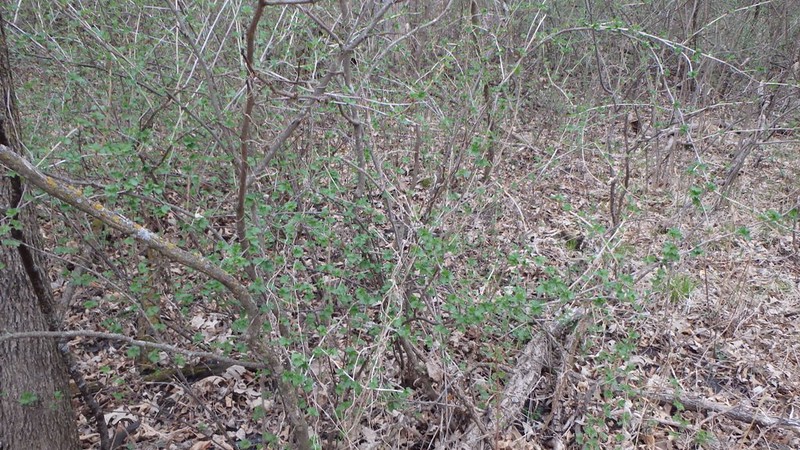 The only green the entire trip.

but I quickly decided this wasn’t my favorite state park. Still, there were things to enjoy along the way. 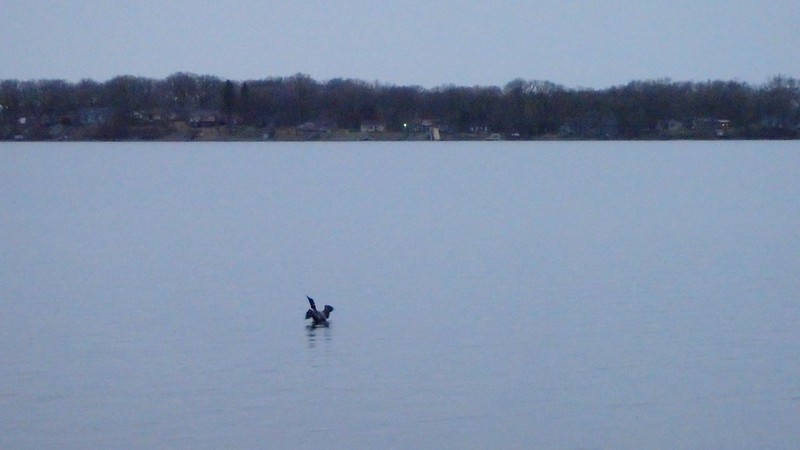 First loon sighting of the season! 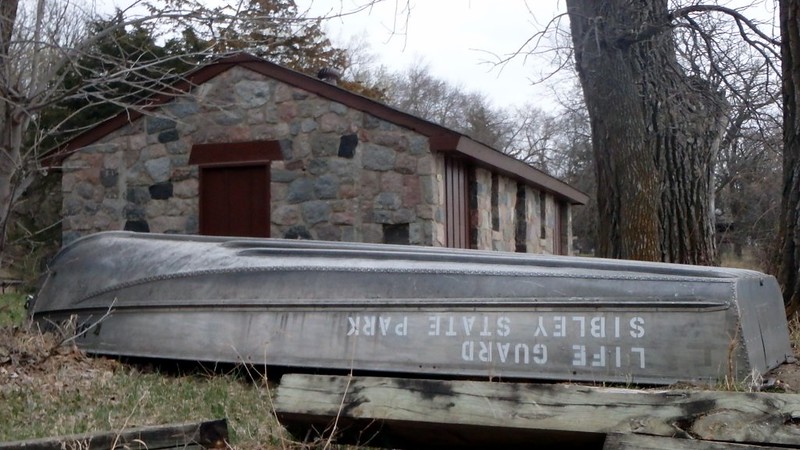 Many buildings built by the Veterans Conservation Corps in the 1930s. 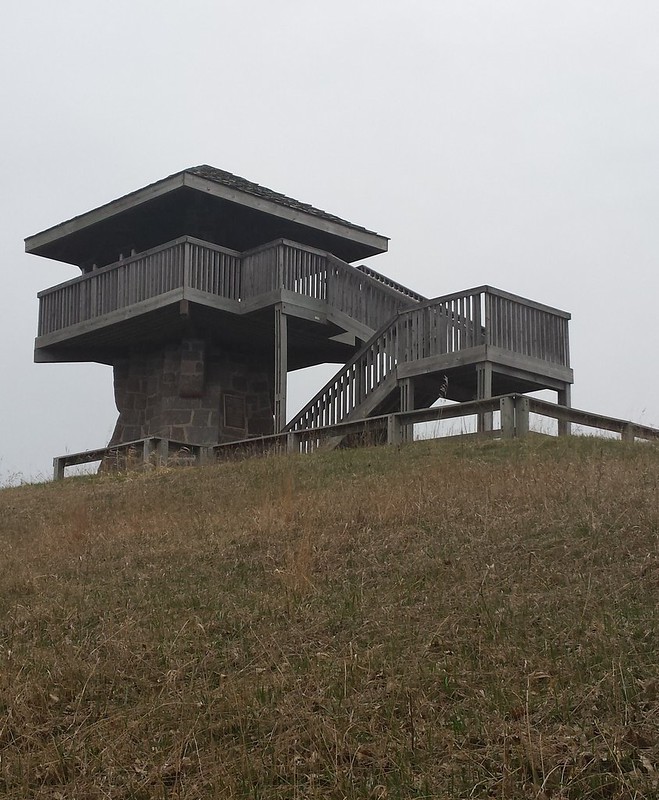 Lookout at the top of Mount Tom, the tallest spot in the area.

Carley State Park is famous for Virginia bluebells – and in May, there are millions. 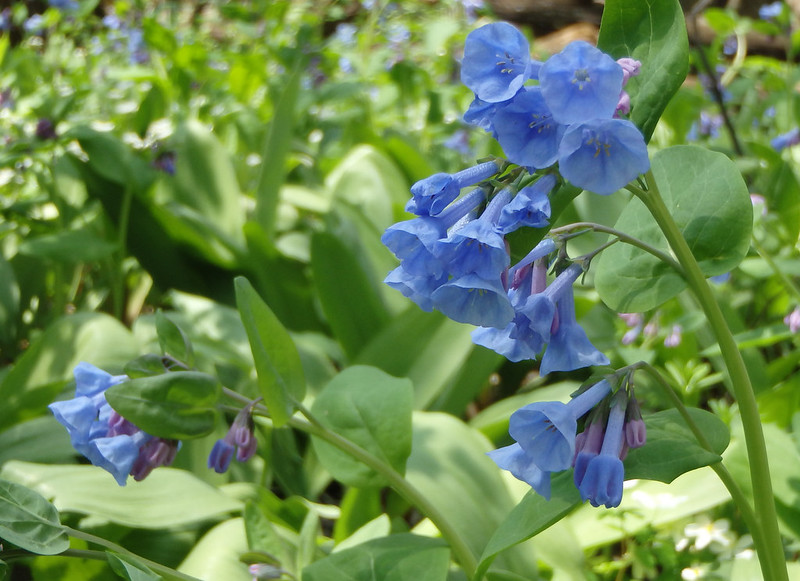 The weather was much more pleasant for this wildflower trip. Plus, we actually got to see wildflowers. 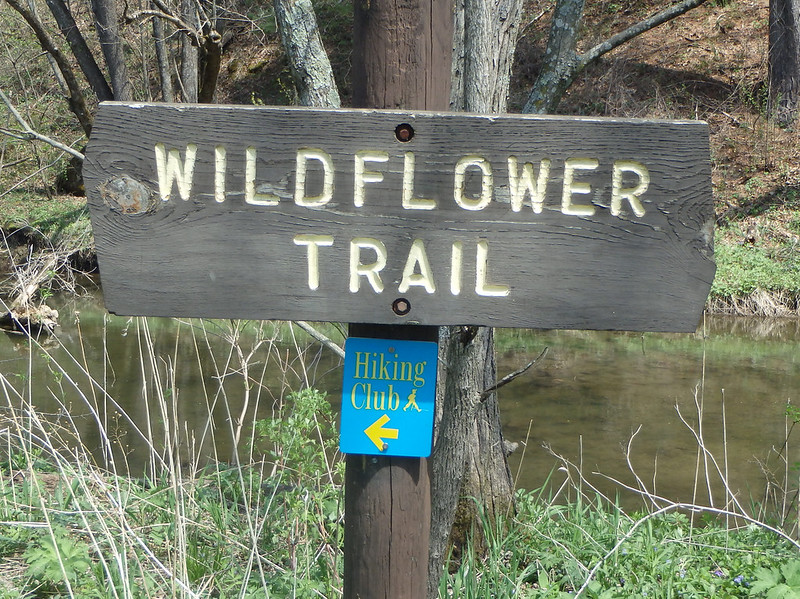 Yes, I WILL take the wildflower trail. 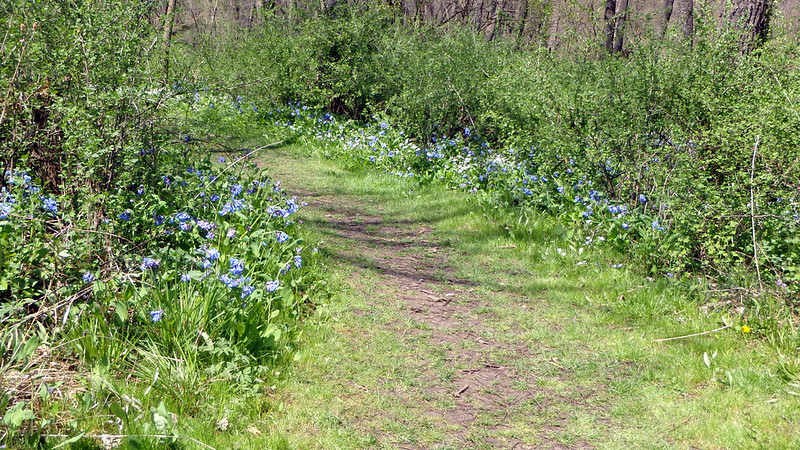 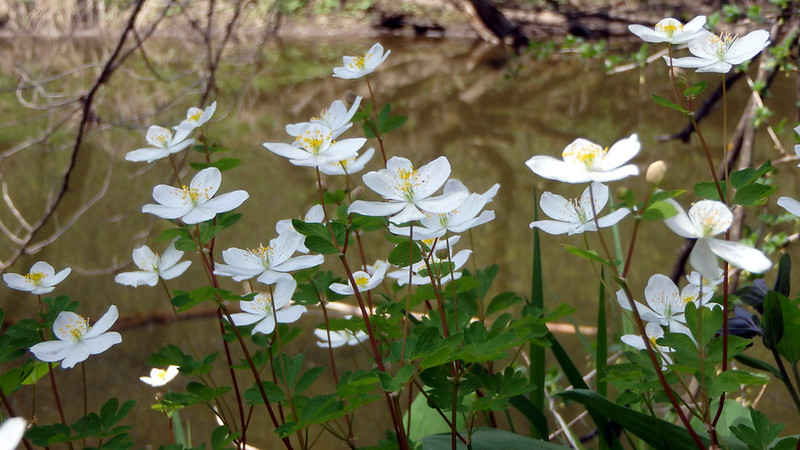 There were at least as many of these white flowers – false rue anemone – as there were bluebells. 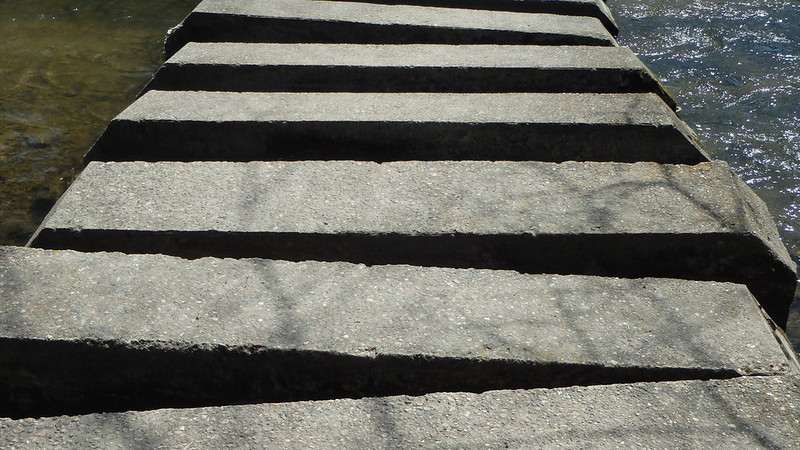 Non-accessible walk across the stream. 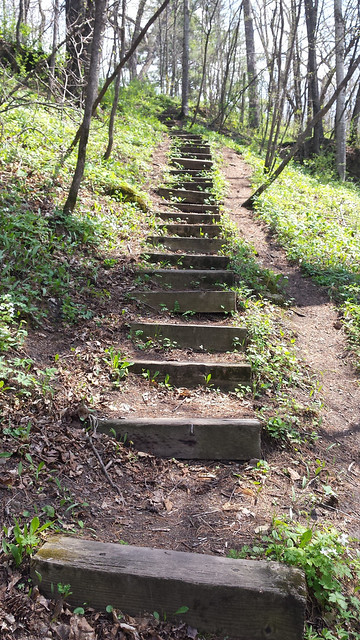 As long as we were in the area, we stopped by for a quick visit to try again to find dwarf trout lilies. And we did! 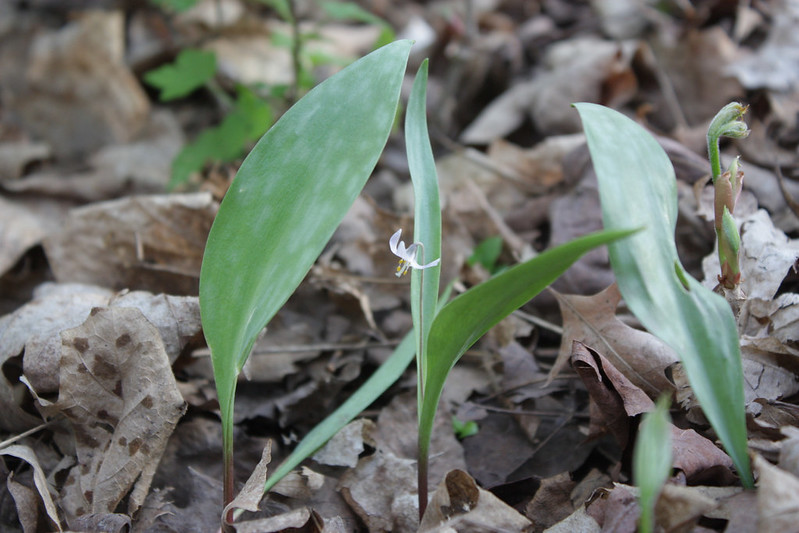 Dwarf trout lily is so tiny, it’s easy to miss. 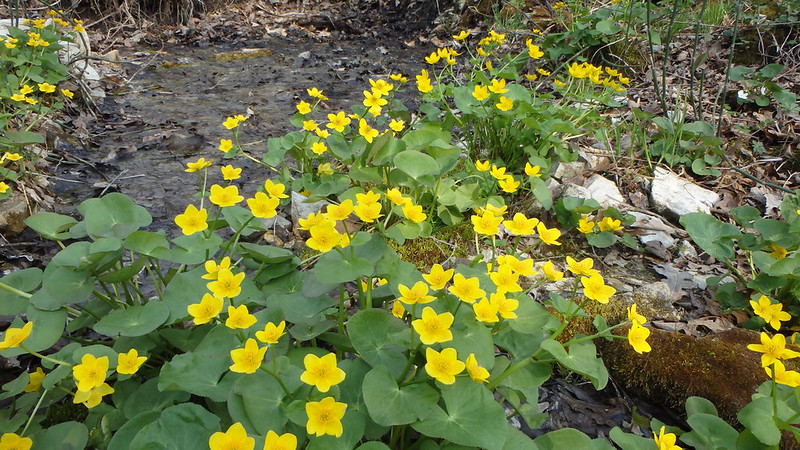 Marsh marigolds, on the other hand, aren’t easily missed. 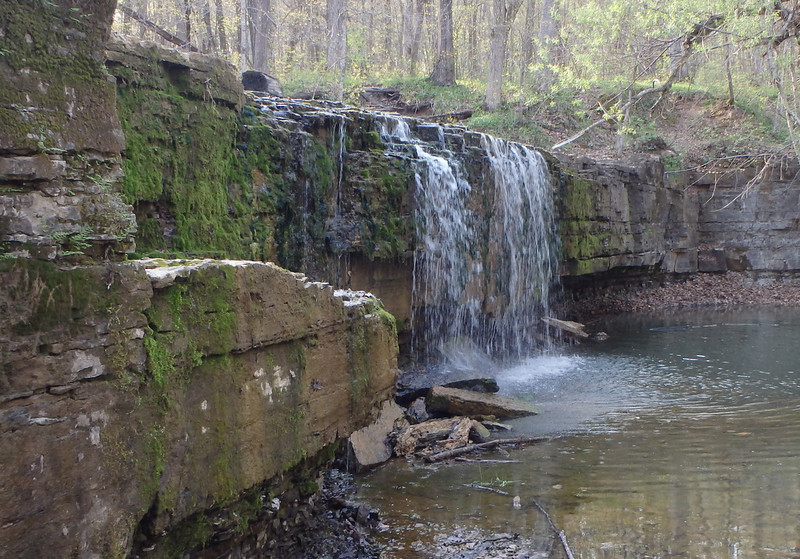 And, of course, Hidden Falls is a must-see attraction.

Now, on to summer adventures!

The Minnesota dwarf trout lily is a federally endangered wildflower that grows in only three Minnesota counties (Rice, Goodhue, and Steele) and nowhere else in the world. Nerstrand Big Woods is the only state park, and perhaps the only public location, where visitors can see this rare flower.

One late Saturday afternoon in April 2012, I was traveling through the Nerstrand area and decided to try to find this special wildflower. Even though it was getting dark so the blooms were closed for the night, I was excited to find lots of white trout lilies: 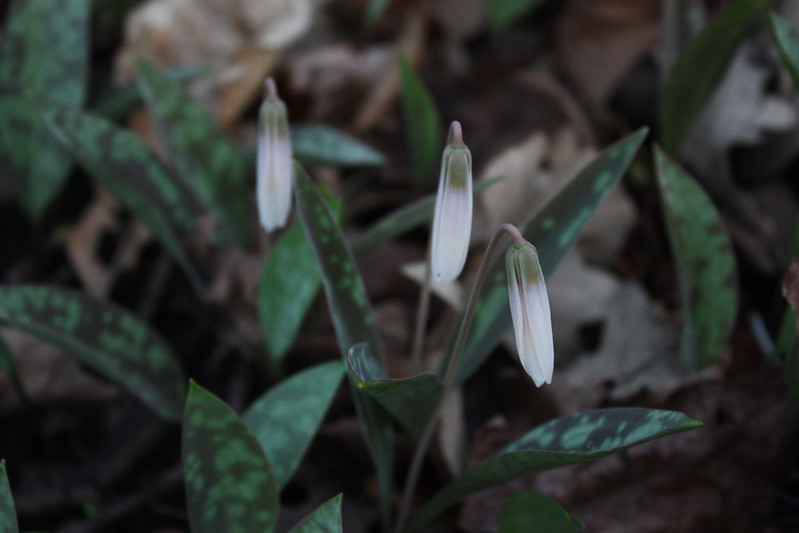 …until I got home and did some more research, only to learn that the park is also home to regular white trout lilies. Since I’m familiar with yellow trout lily, which is about the same size as what I found, my heart sank to realize that I had not found the dwarf variety.

The next spring, after a visit to Faribault, my husband and I headed just 10 miles northeast to the state park. This time, I knew that the white flowers we saw were not dwarf, but that didn’t stop me from enjoying them: 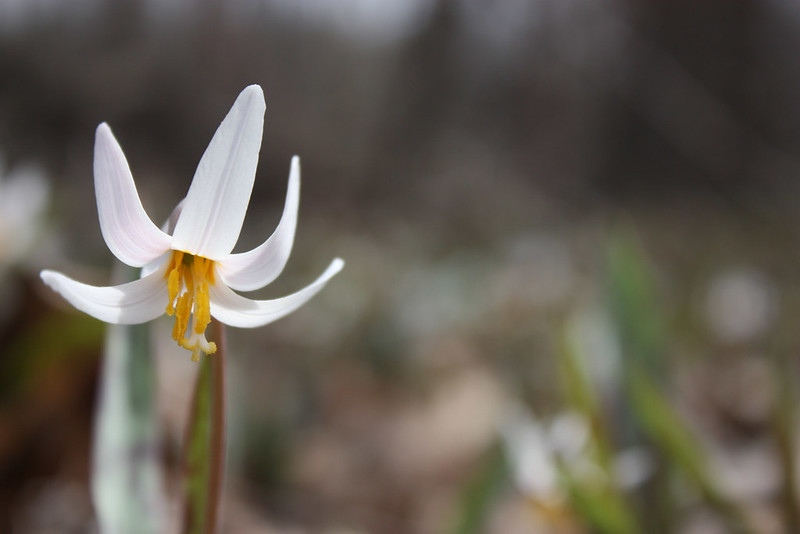 Fast-forward to 2014. Surely, the third time would be the charm, right? But it was mostly cloudy with a few scattered sprinkles the one day we could head to Nerstrand Big Woods − not exactly prime trout lily weather, so none of the flowers were open. It was nearly impossible to see any buds, but we searched anyway. Finding one by identifying its leaves wasn’t an option since they are identical to the leaves of the regular trout lily, so we would need to find a bud.

We found several closed buds that could have been dwarfs. But “they” say that if you find one, you’ll know, so almost certainly this is not one: 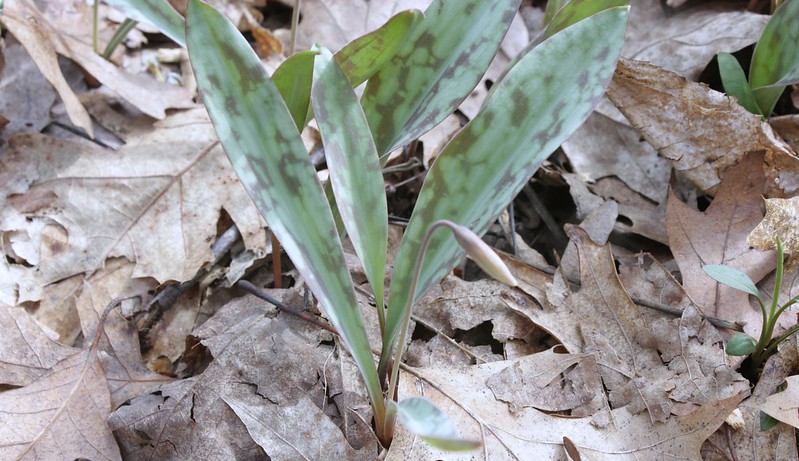 In its closed state, with a shorter stem than ones that were definitely regulars, I’d call it a “medium trout lily.” If it were open, it would be more clear. But because we didn’t know, it probably wasn’t what we were looking for, so we kept walking. There were plenty of leaves to study: 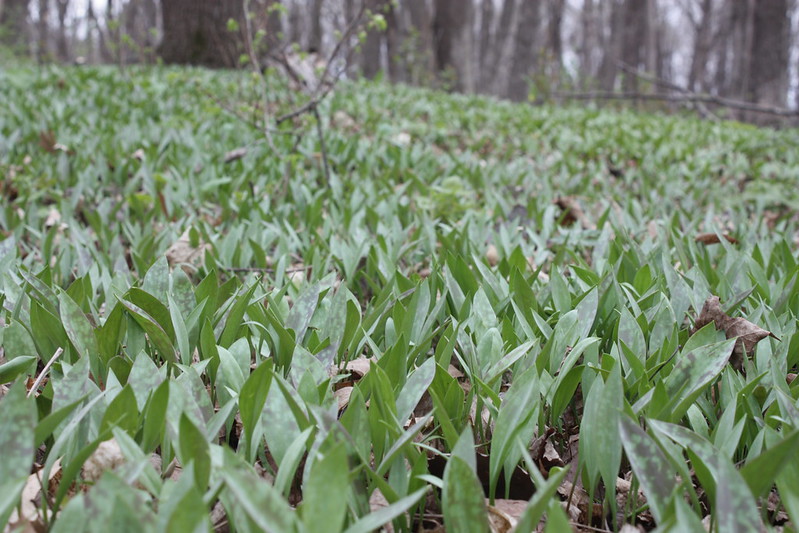 Any other day, I would have been thrilled to see all of the other wildflowers: my personal favorite, bloodroot, plus Dutchman’s breeches, marsh marigold, wild ginger, cutleaf toothwort: 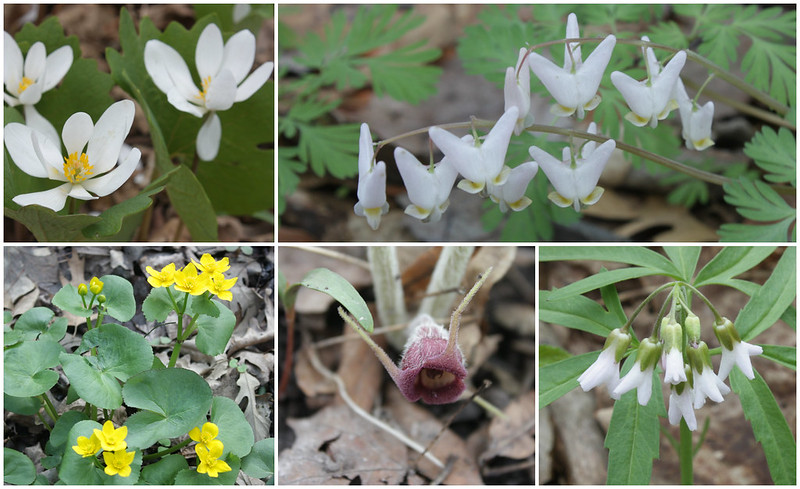 But this day, nothing but the dwarf trout lily would do. Fortunately, the sun was beginning to shine, so the flowers were starting to open. We remembered seeing a DNR camera on the boardwalk, likely pointed at one of the dwarf lilies. Sure enough, after retracing our steps to the camera, we found one. The petals weren’t fully open, but it was definite: 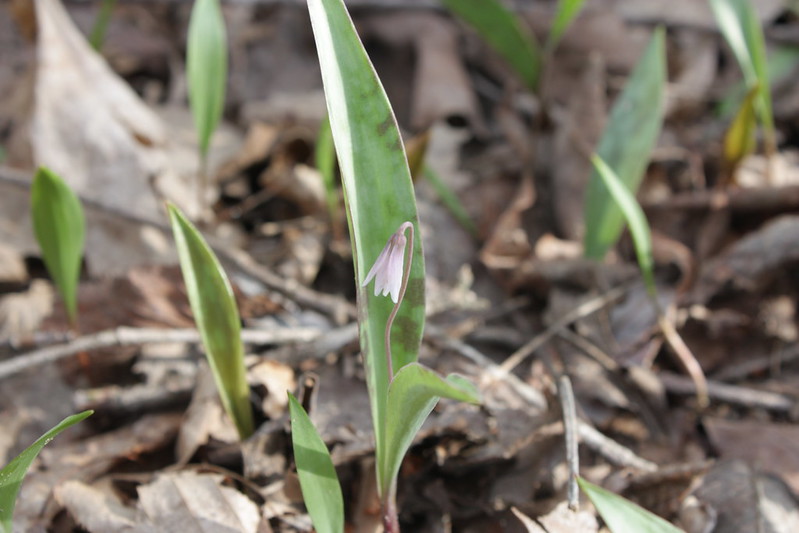 Cheating? Maybe. But it wasn’t for a lack of trying. Next year, we’ll try again.