This year, I went to the Minnesota State Fair twice: on opening day with two friends to celebrate a milestone birthday, and another time with my husband, my sister, and her husband. The first day featured wonderful weather – not-too-hot, not humid, with a breeze. The second time was right after a rainstorm with more rain to come, followed by uncomfortable humidity. These photos combine the two trips. 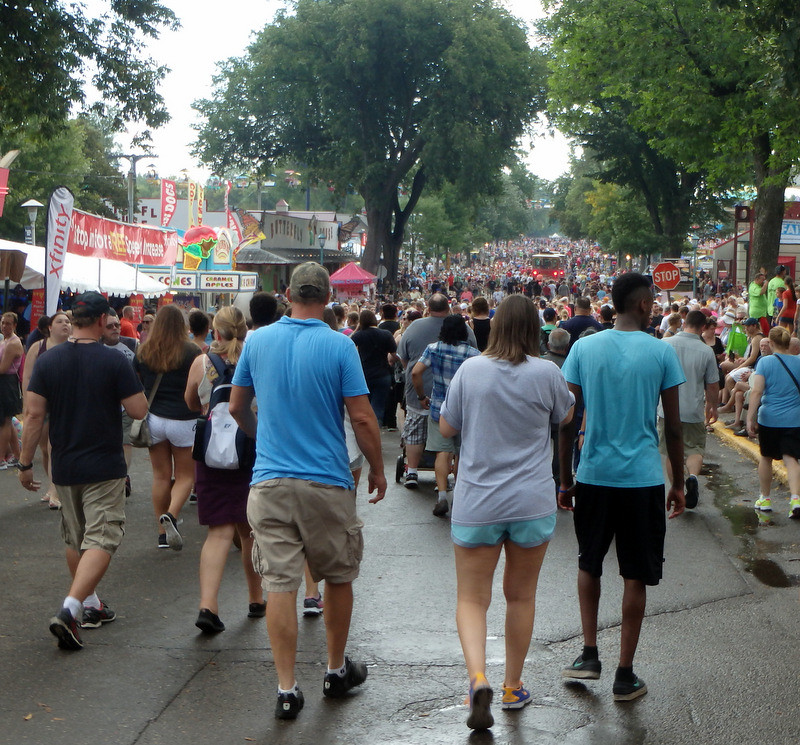 Last year I did the Giant Slide for the first time, and this year it was the Space Tower. It spun fast as it climbed and descended and I got a *little* bit of motion sickness, but it was my favorite activity this year. A neat look at my favorite building, Agriculture Horticulture: 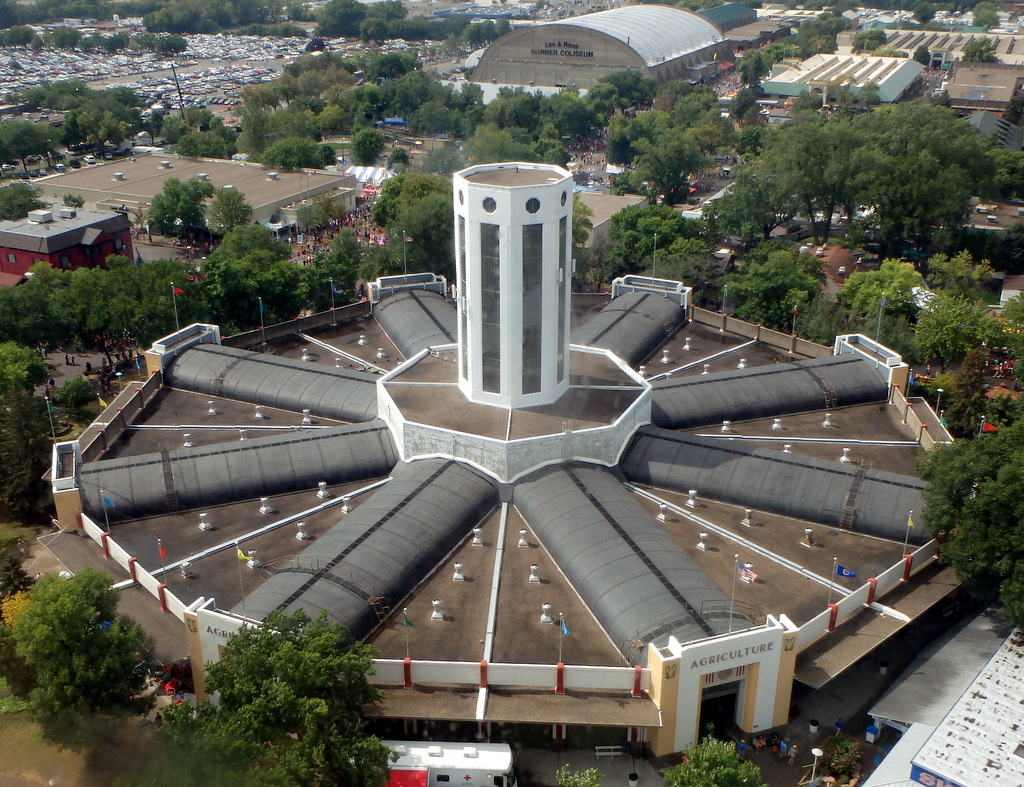 I don’t usually get all the way to the north side of the fair, but this year we stopped briefly at the Giant Sing-Along and thought it would be fun to participate (from afar – next time it will be at a mic). 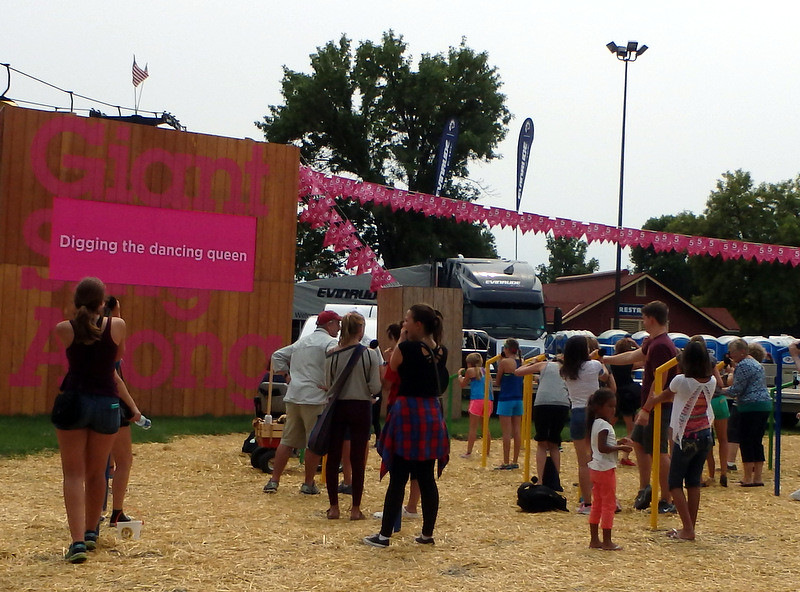 Waited for a friend in the International Bazaar, where we listened to a steel drum band play not Kokomo, but Call Me Maybe. 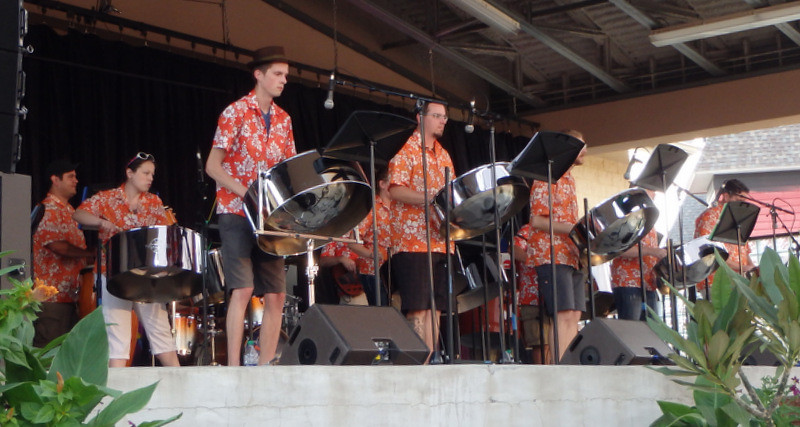 The new Math on-a-Stick section, which my math-teacher sister was excited to see: 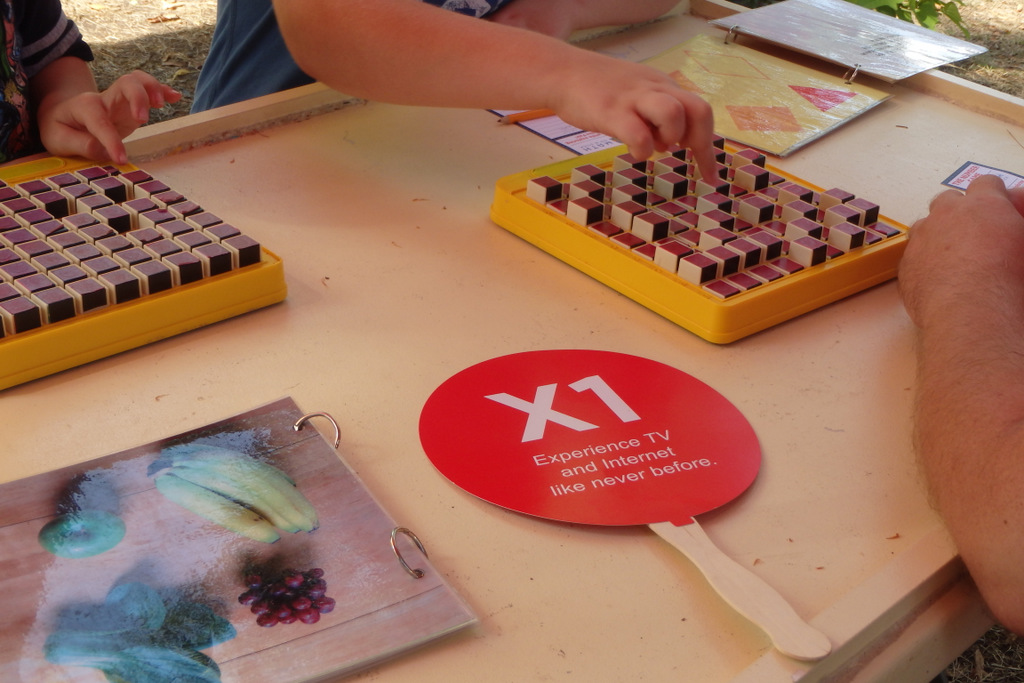 On my second trip we got to the fair incredibly early (my words) to catch the History-on-a-Schtick performance by the Minnesota Historical Society, where I work. I thought it was charming, especially the 10,000 Lakes Polka, which attempted to name every lake in the state (they soon realized it would take forever). 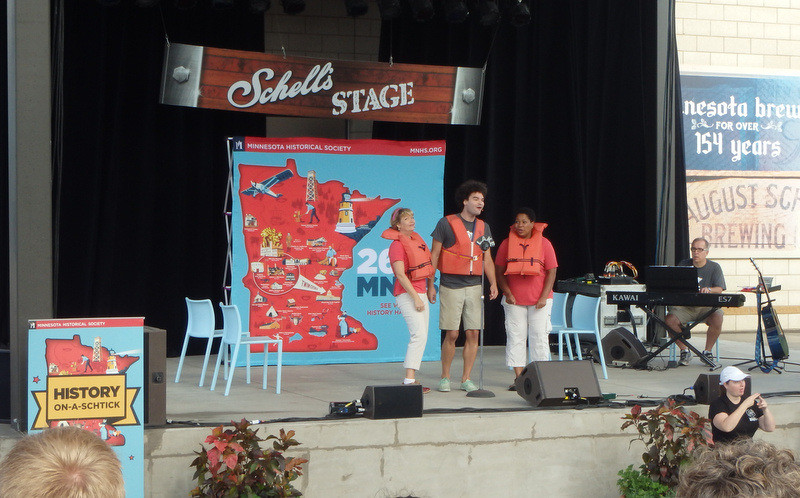 If you get to the fair early enough, there’s no waiting at Sweet Martha’s: 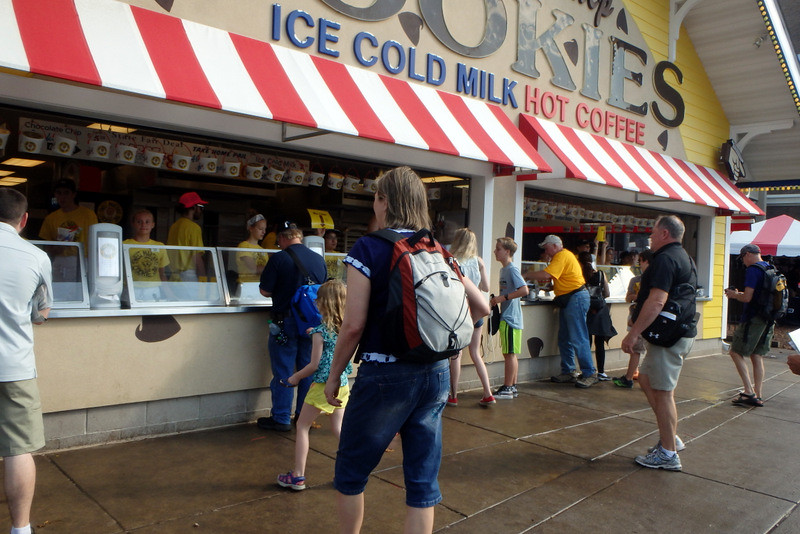 We ducked into a barn more than once to avoid the rain: 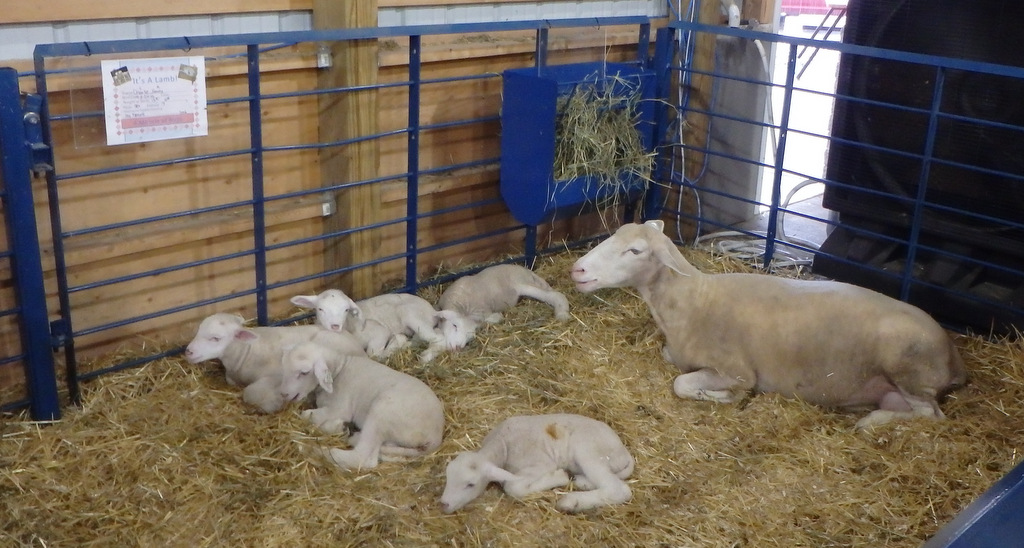 Apparently this needs to be said…? 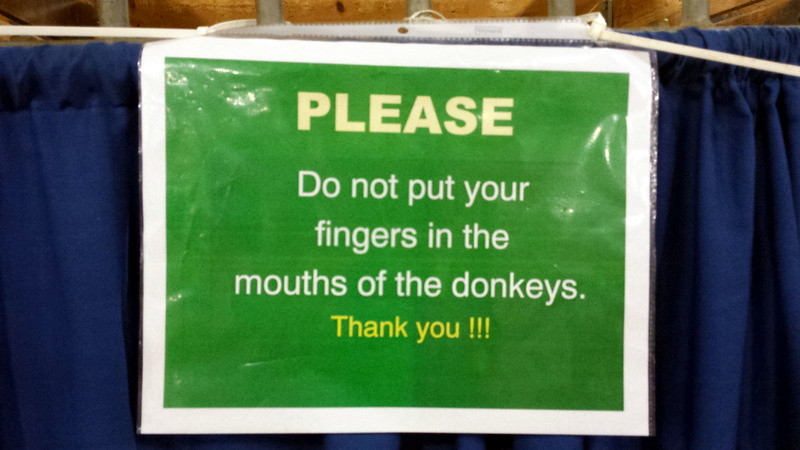 Also ducked into the Coliseum, where I was surprised to enjoy the barrel racing:

My favorite food of the fair is not a new food, but it was a first for me: fudge puppies, which are waffles dipped in chocolate and covered in whipped cream. This is what I will make next year when my office has a fair-food contest. 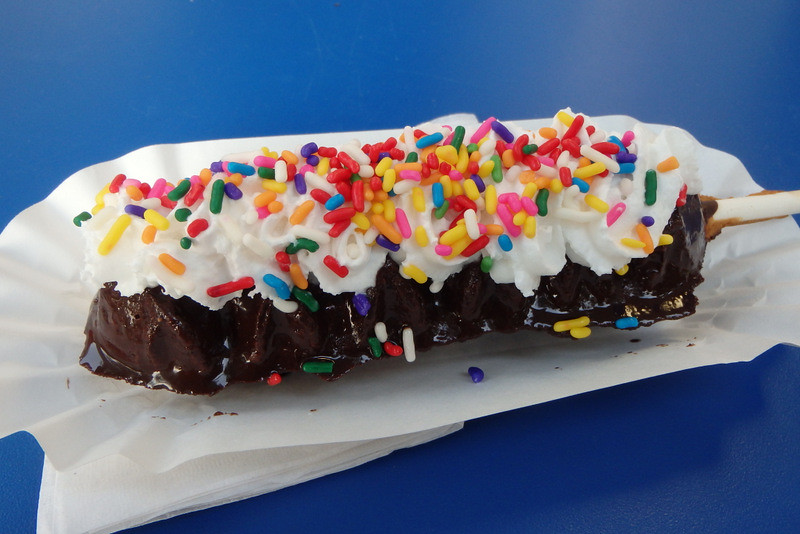 Other food we shared:

Super Stick from Spaghetti Eddie’s – basically a cheese-and-pepperoni-filled breadstick that’s been fried (would have been better as a regular breadstick): 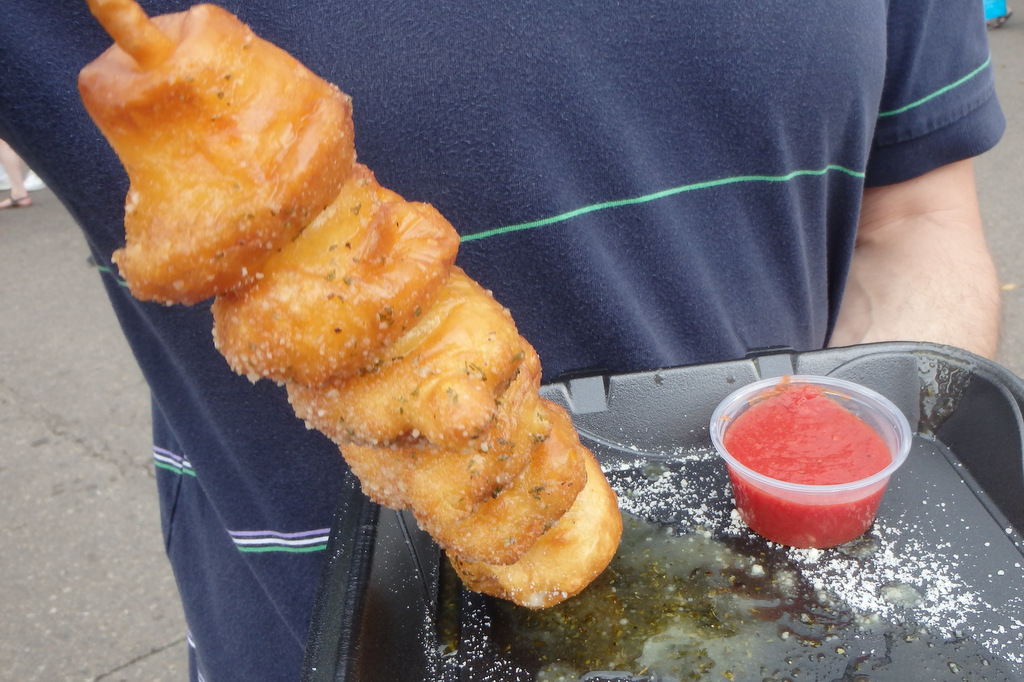 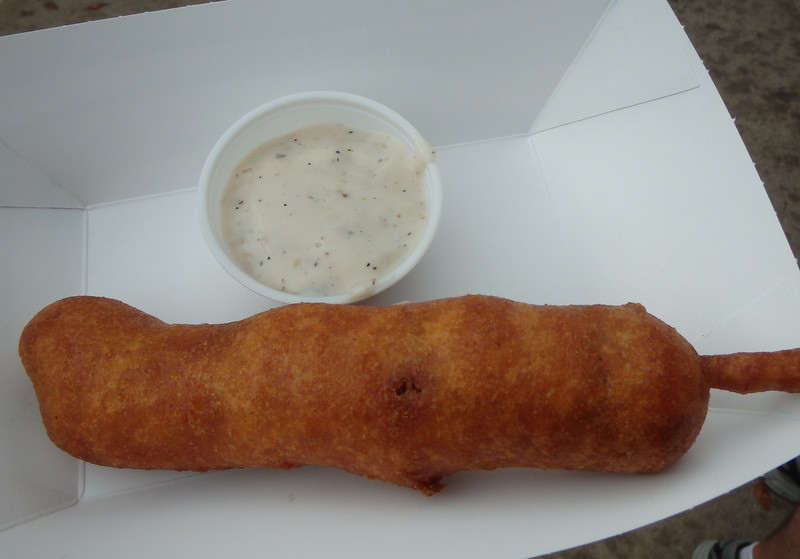 Deep-fried green olives (I didn’t even try this because I don’t like olives or cream cheese, but everyone else thought this was great): 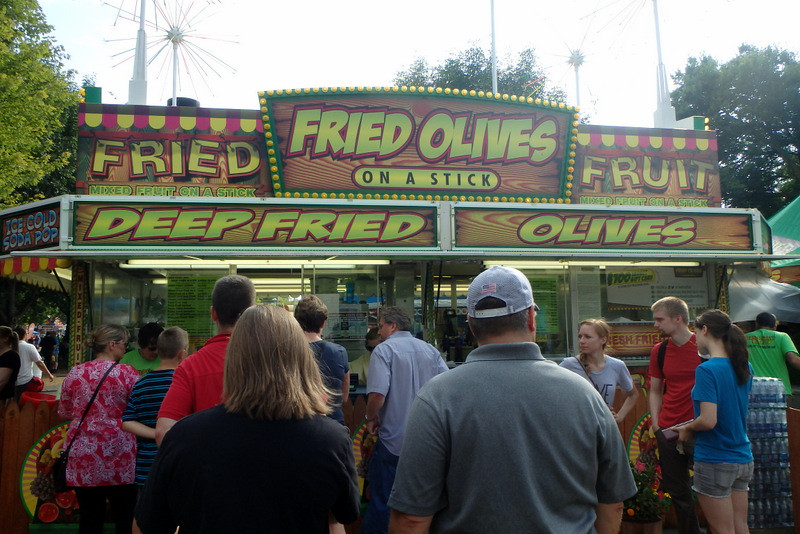 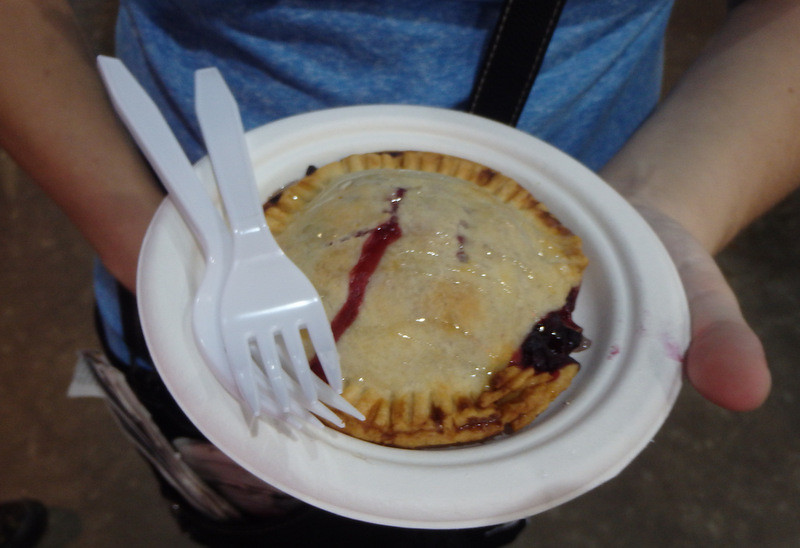 Not pictured from the two trips: my friend’s first Pronto Pup, walleye cakes and stuffed mushrooms from Giggles, cheese curds from the Mouth Trap (plenty for two people to share), a meatball sub from Spaghetti Eddie’s (really good for lunch the next day), French fries, Swedish meatballs-on-a-stick from Lynne’s Lefse (good), fried green tomatoes (highly rated by the others), Gizmo (meh), a couple of special beers (not mine).

We also looked at a lot of food that we couldn’t eat in the Creative Arts building, like award-winning pies… 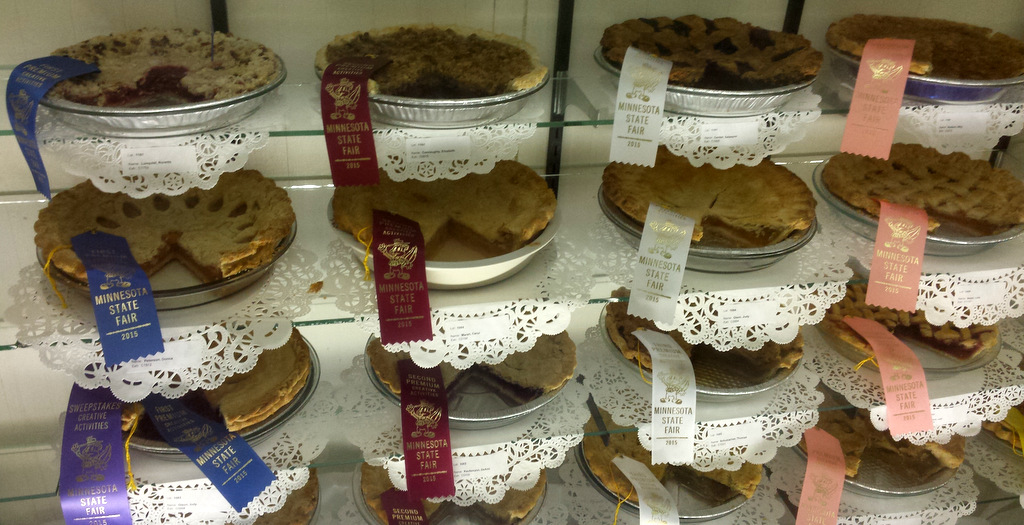 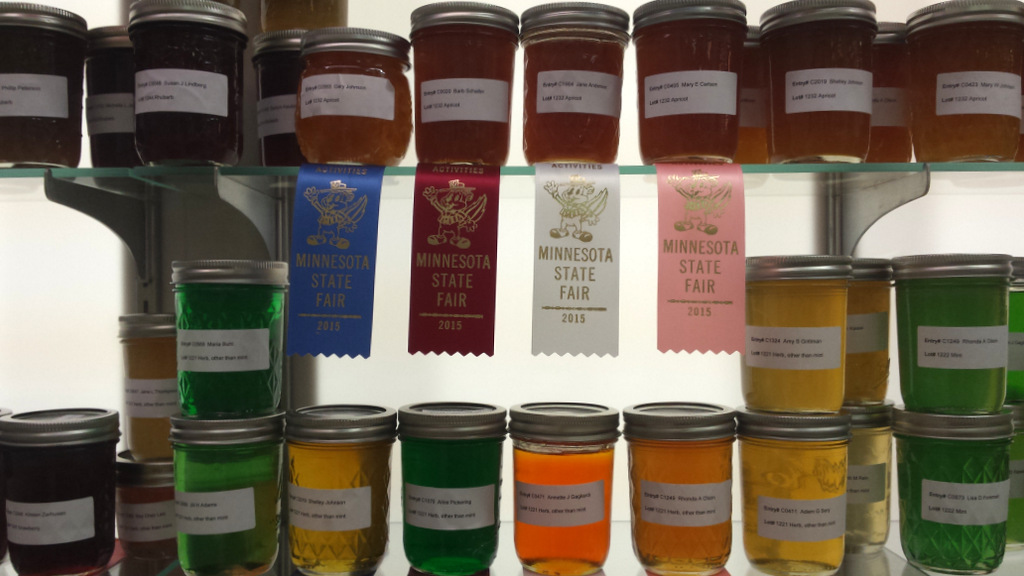 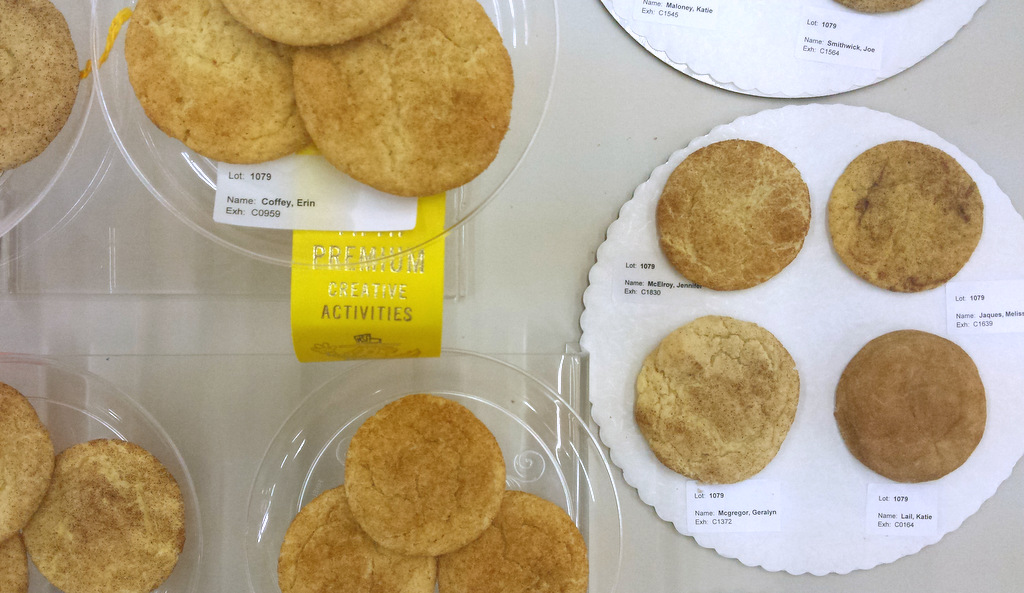 My trip to the fair is never complete without a visit to the honey room: 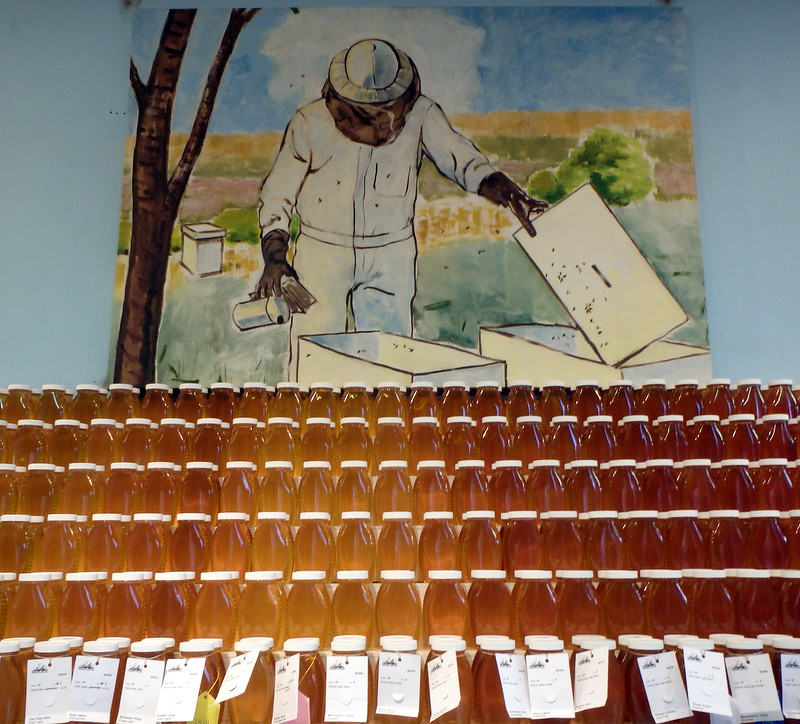 …and a look at all the vegetables lined up. I was particularly interested in the kohlrabi since we are growing a lot of it this year: 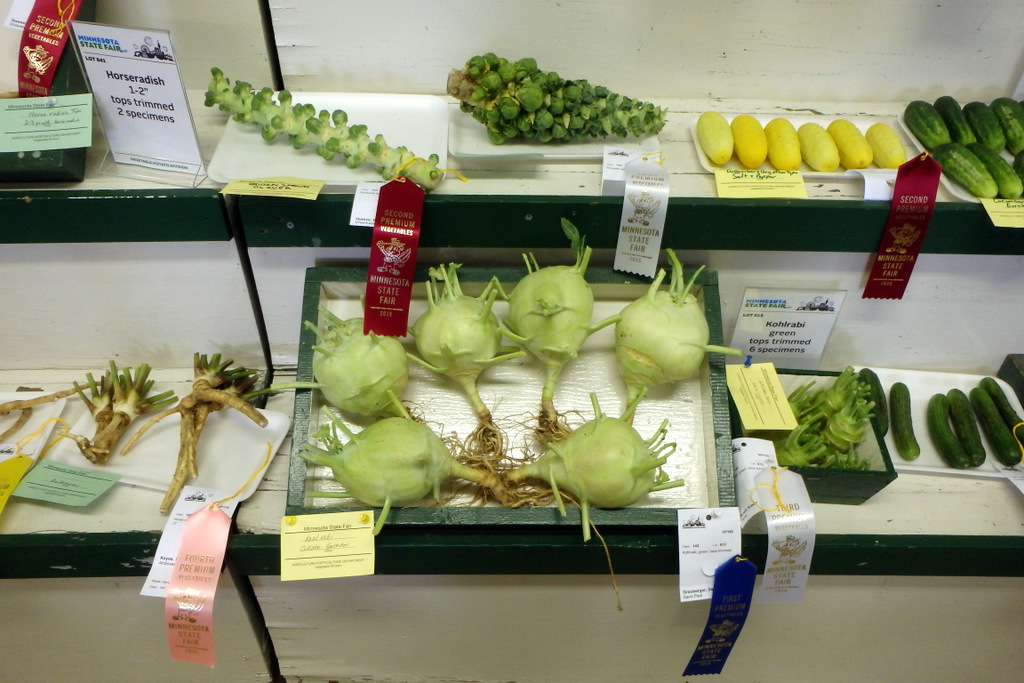 Things at least one person wanted to do but we didn’t get to – save this list for next year:

More from the Minnesota State Fair: