Since the sudden and surprising death of Minnesota’s own Prince just over a week ago, several public displays have been created by fans around the Twin Cities. We visited two of the memorial sites on Friday.

Flowers and notes and lots of purple balloons left near his star at First Avenue in downtown Minneapolis, which was relatively quiet at noon: 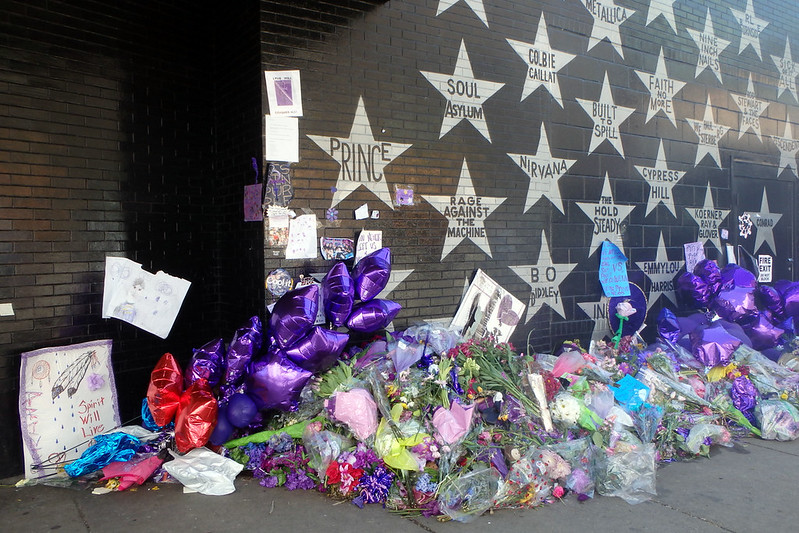 More people were visiting and leaving purple mementos at Paisley Park, his home and studio in Chanhassen: 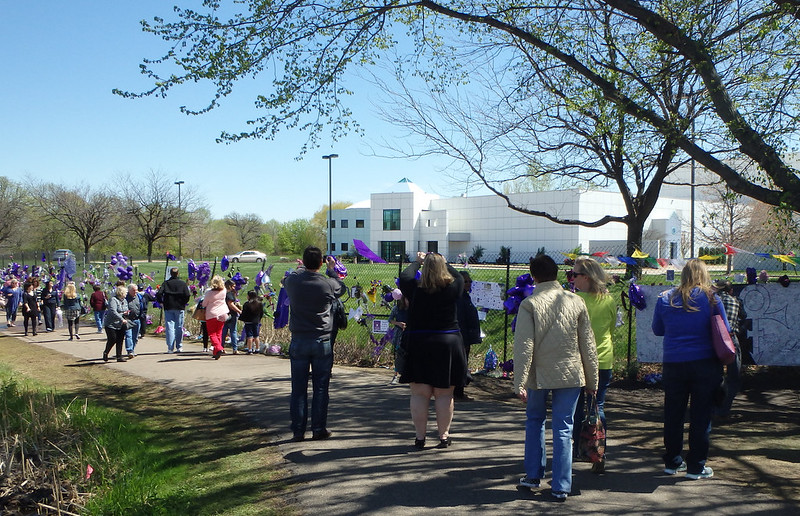 Many signs read “Rest In Purple”: 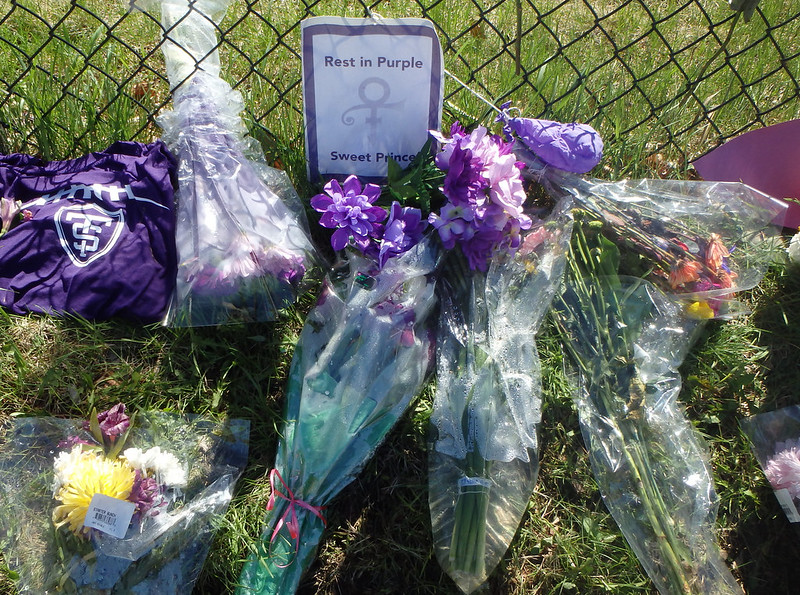 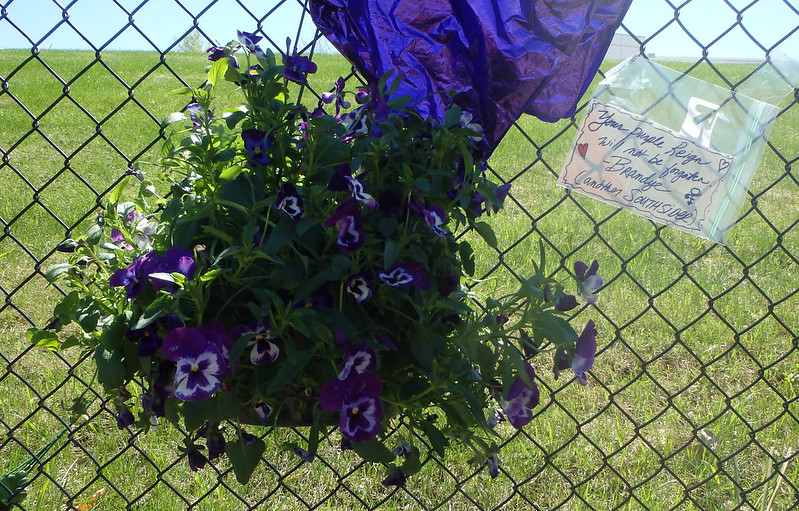 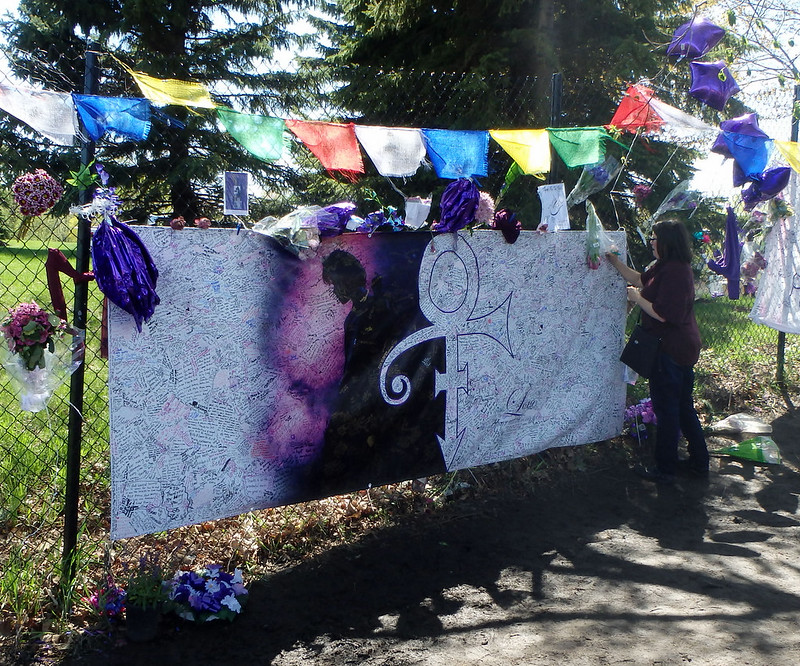 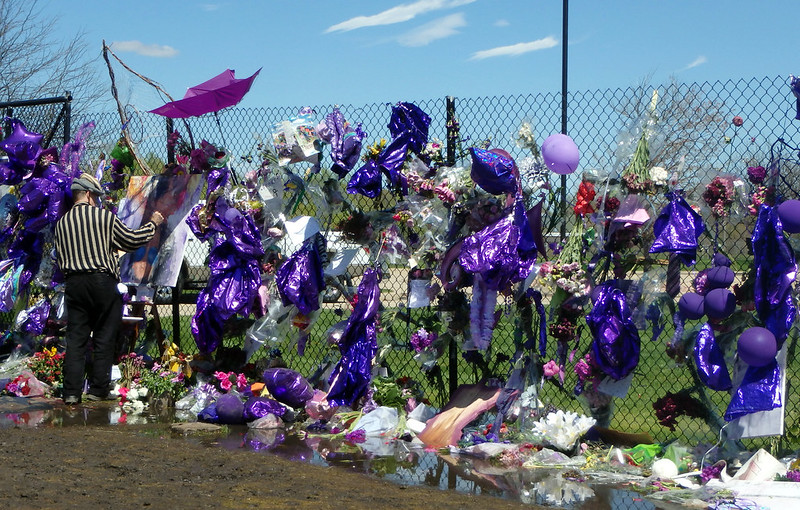 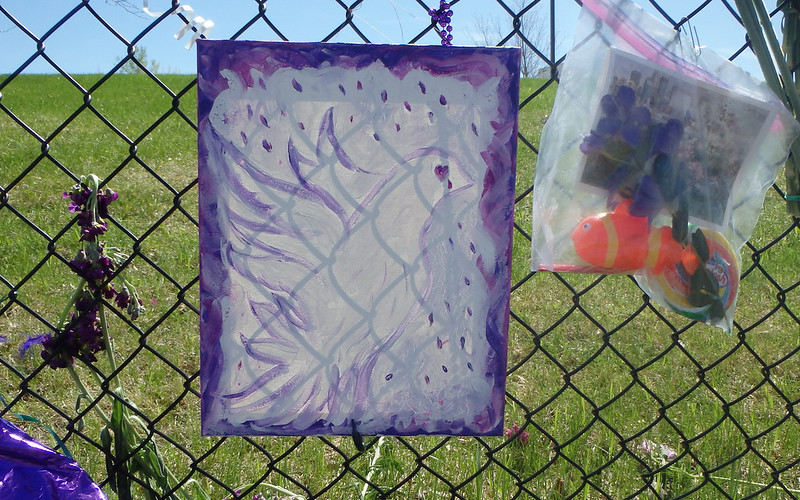 Lots of versions of his symbol: 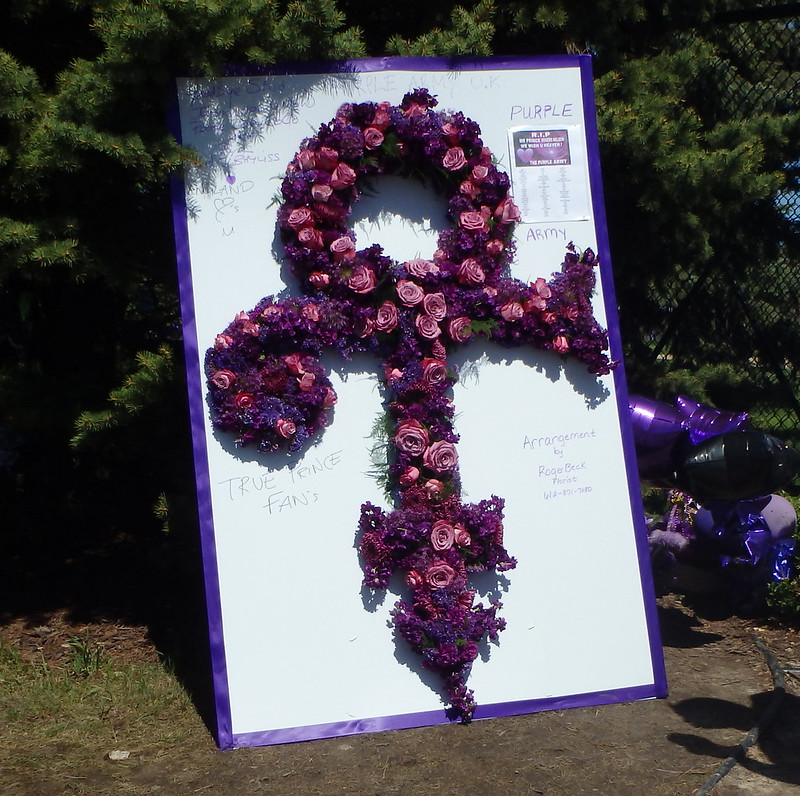 The most creative item we saw: 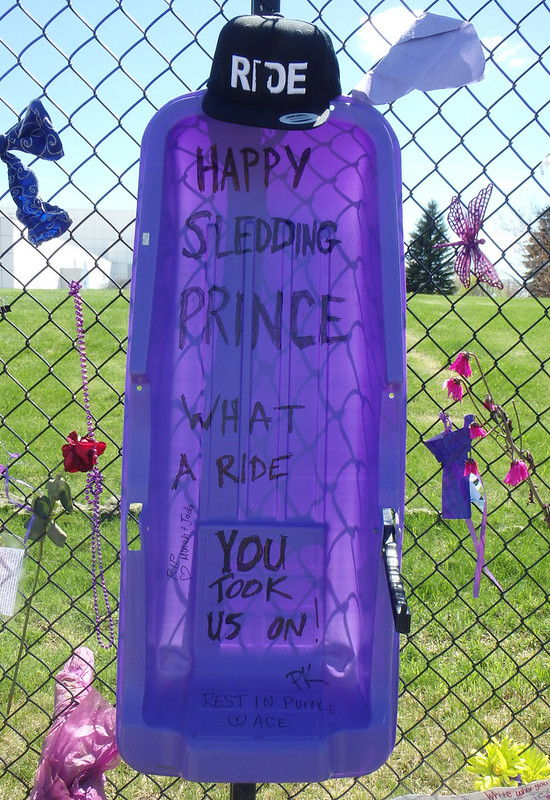 There were also many notes written in chalk in the tunnel between the parking lot and Paisley Park: 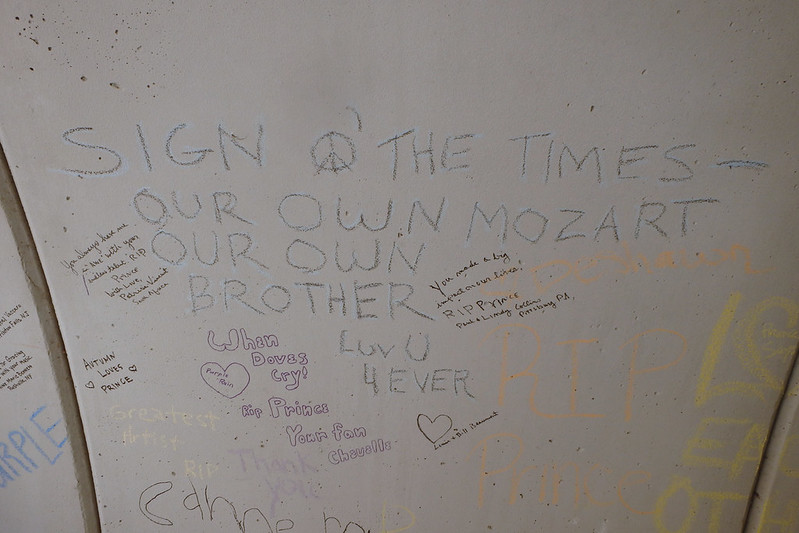 The first mention I’ve seen of Arms of Orion, my favorite Prince song: 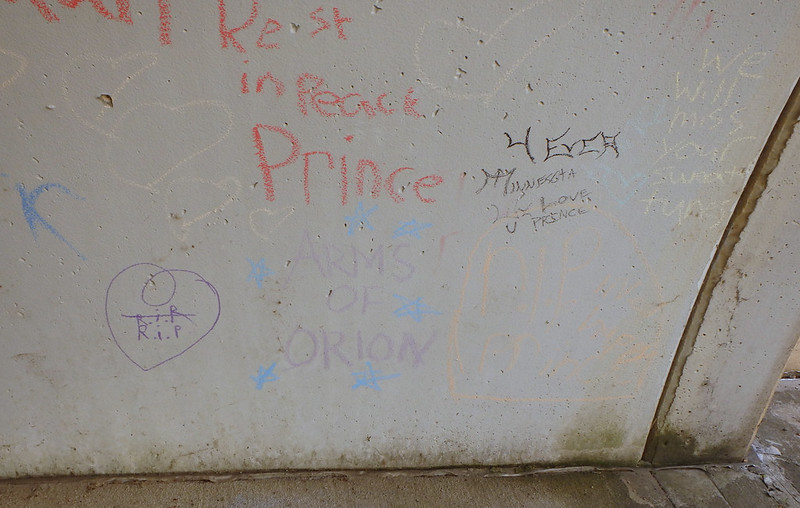 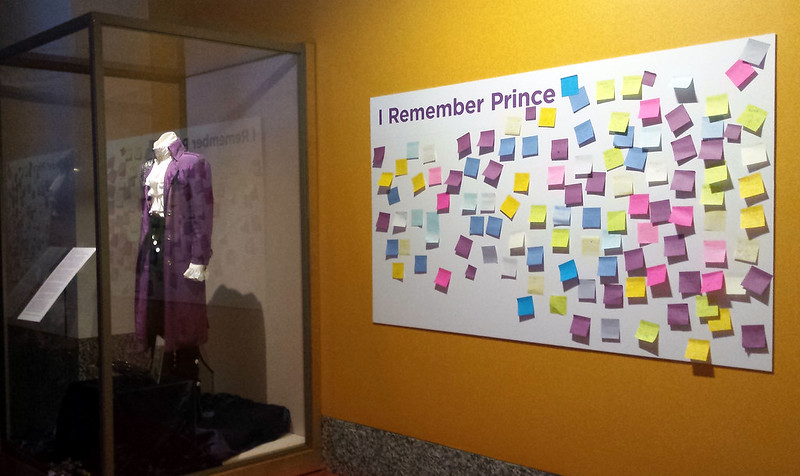 A board with the words “I Remember Prince” was quickly covered by Post-It notes: 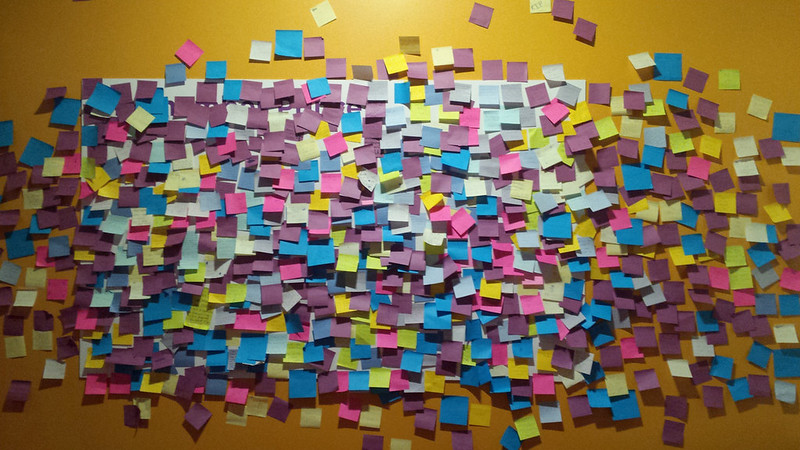 I work at the History Center and every day, sometimes multiple times a day, I visit the board to see what people have written. Many sentimental notes, many thankful notes, and some amusingly honest:

My favorite memory of Prince: Late in the Minnesota Lynx’s run to the WNBA championship last year, we started noticing that he is a fan of the team. He tweeted after Maya Moore hit the game-winning shot in Game 3. Two games later at Target Center, it was like a game of telephone tag as word spread through the crowd and the gameday crew that he was in a suite, though I didn’t see him. And then, after the title was won, he invited the players to a three-hour private concert at Paisley Park in the middle of the night.