This year is the 125th anniversary of the Minnesota State Parks and Trails system, and they’re challenging Minnesotans to record 125 miles by hiking, biking, or boating. We are already participating in the state parks’ passport program (29 parks visited so far); why not add another goal or two?

It’s already April, so we decided it was time to get started and we headed to Afton, one of our nearest state parks, for our own kickoff. I admit that this has never been my favorite of the state parks, though we had been there many times in the three other seasons: 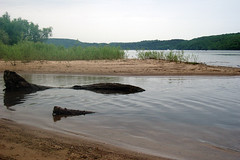 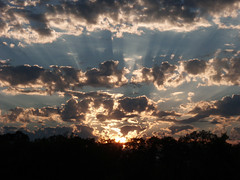 late summer stargazing event, staying after the typical closing time to watch the sun go down and the stars come out 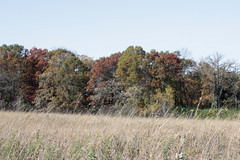 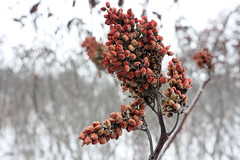 I think I’m less-than-enthusiastic about Afton because we always seem to lose our way in the southeast corner, where the camper cabin driveway intersects the trail and it’s not clear where the hike should pick up again. I get frustrated and let that sour the rest of my experience.

Here’s an example: the map and the arrow show that the trail goes to the left, but a path clearly keeps going straight ahead. What trail is that? 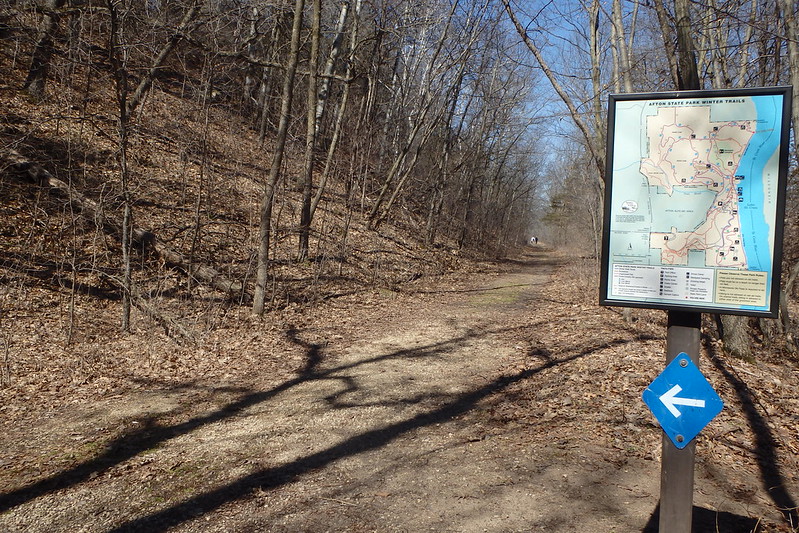 This is not the only state park where I wish for better signs – Sibley also comes to mind. (Lebanon Hills Regional Park in Eagan sets the gold standard for trail markers, as far as I’m concerned.)

But we picked a trail that we hadn’t been on before – heading north along the St. Croix River, then west up the hill and back down to the parking lot.

The parking lots were full with hundreds of visitors who also decided to take advantage of the first really nice spring day. 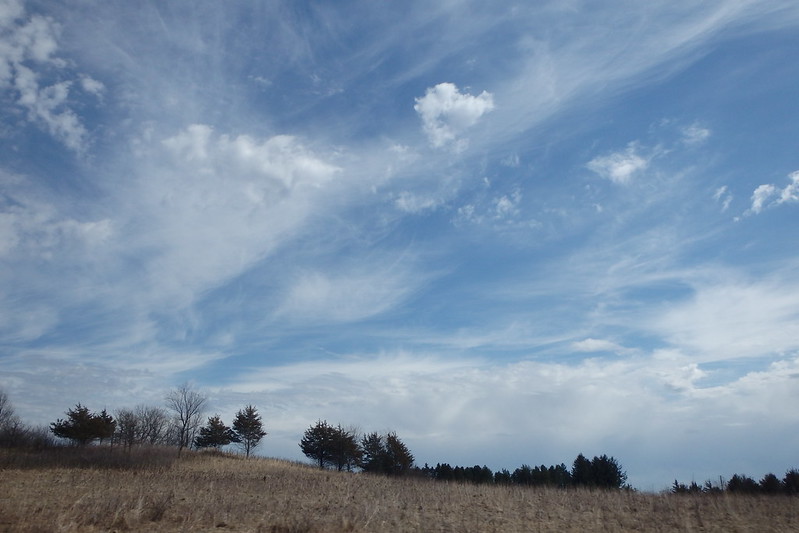 We took a “longcut” on a less-visited trail down through the woods, spying on a school of fish: 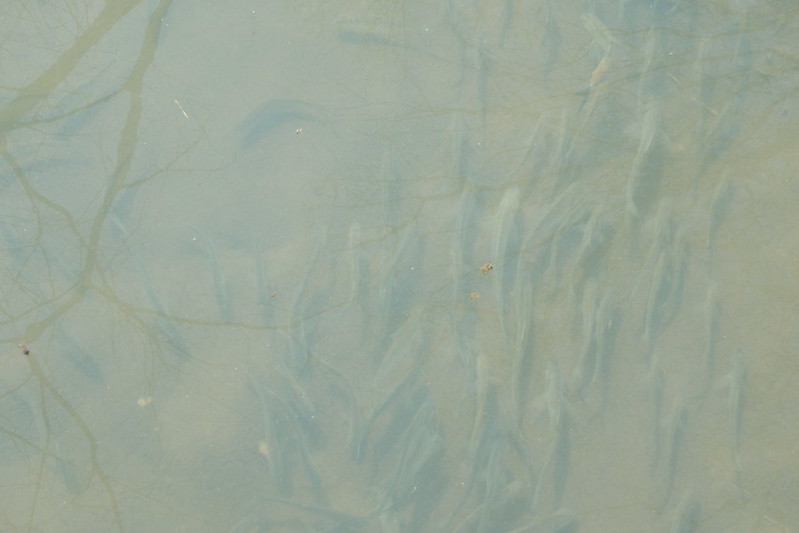 Then we rejoined the main trail and started up the first of three steep climbs. 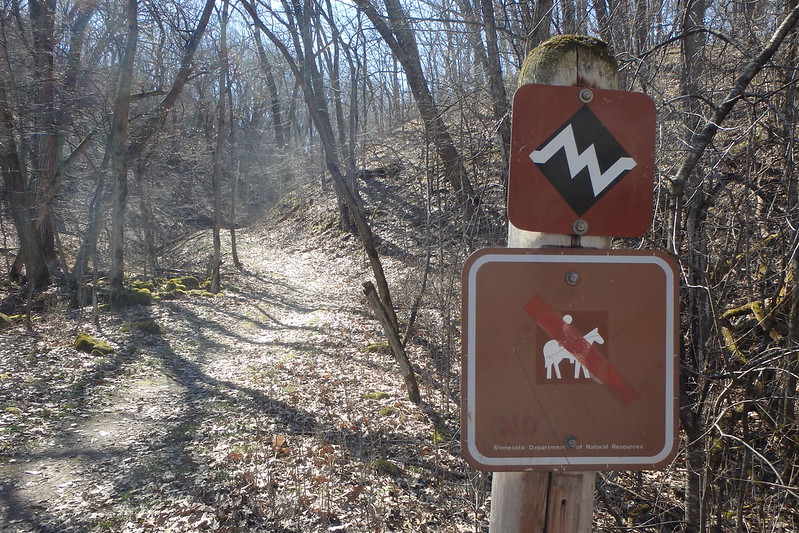 Two fallen trees along one of the paths: 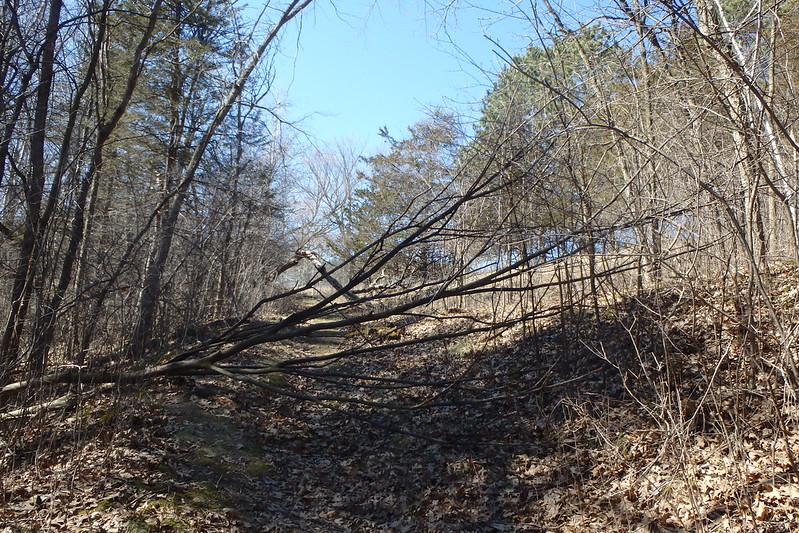 The highest spot of our trip, a pasture at the top of a hill, where prairie restoration is in progress: 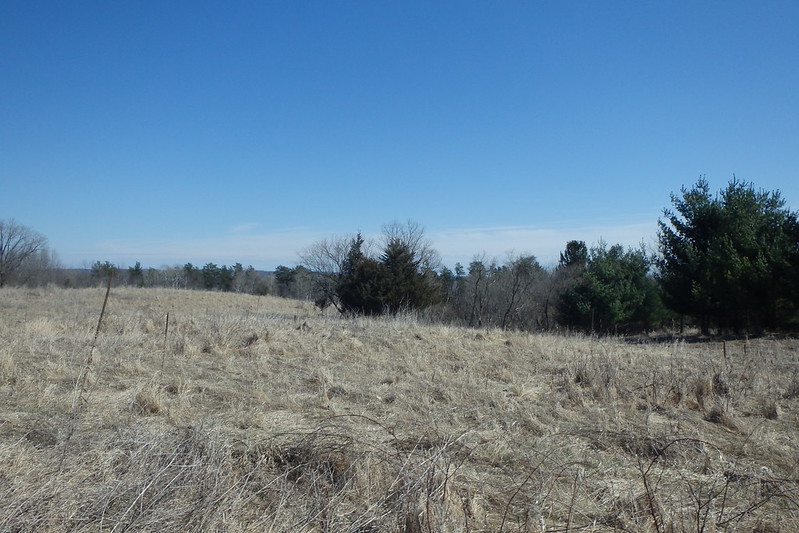 Leftover windmill and equipment from a long-ago farm: 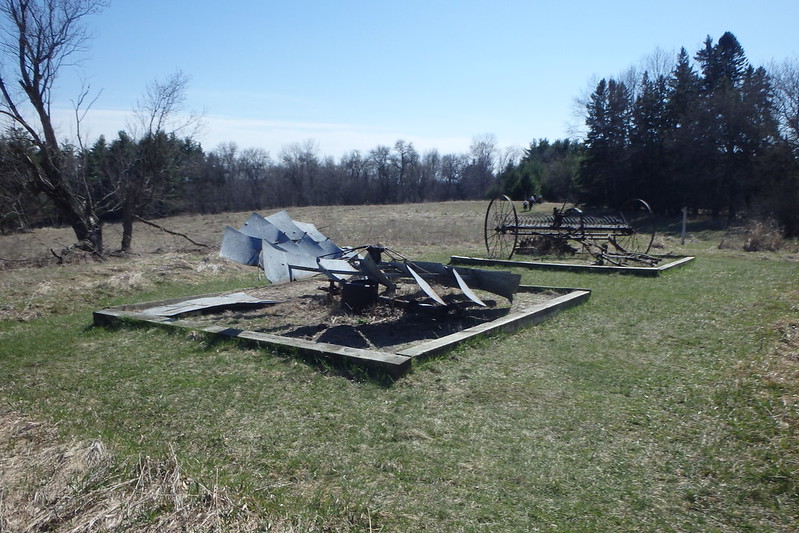 One of the trails took us right next to the bottom of a ski hill of nearby Afton Alps, which is still snowy but not ski-able: 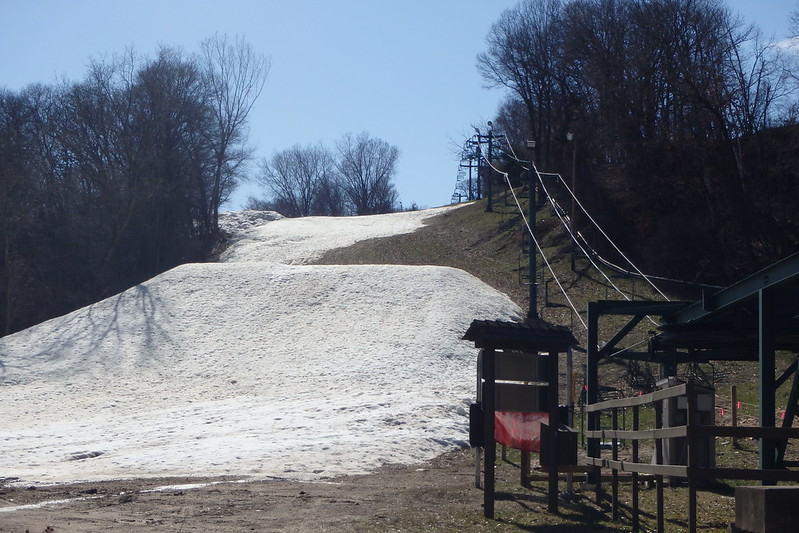 We even saw a butterfly! I worried about this days later, when the temperatures fell and it snowed again. 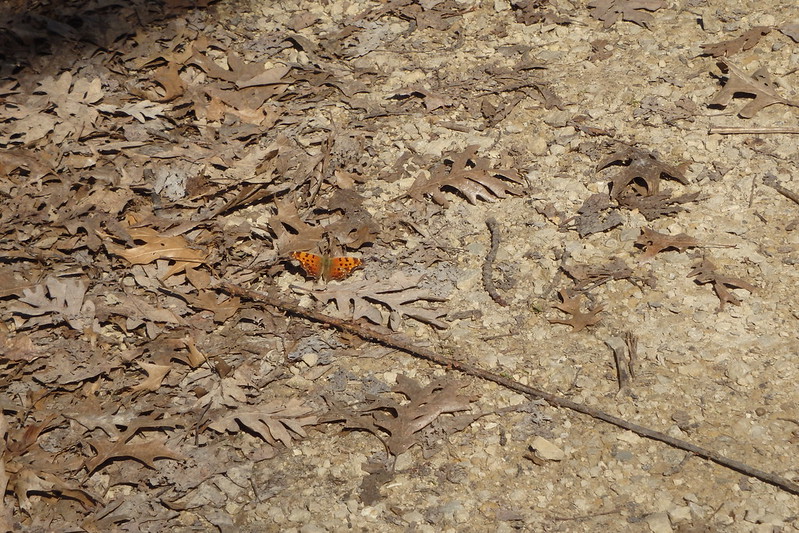 And I must say that my perception of Afton is much improved after this lovely visit. 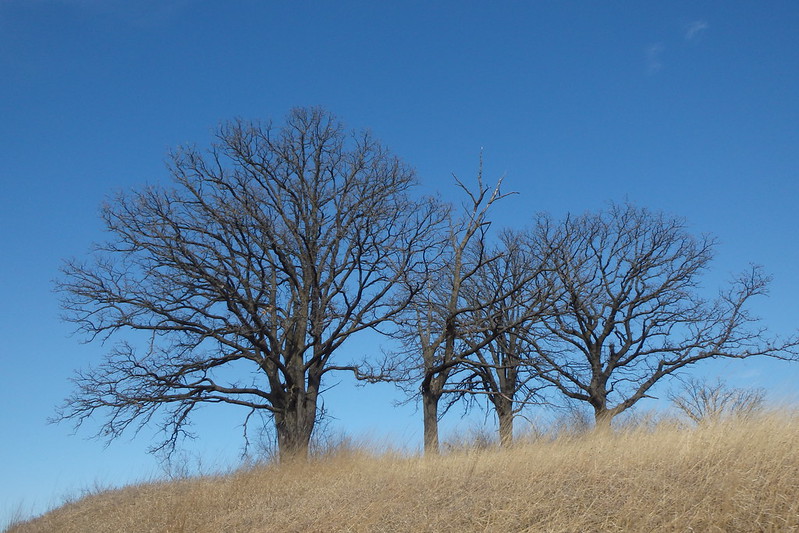 This park gave us our first 4.1 miles toward 125 miles. We will try to get 125 miles by bike, too. And it would be fun to add some new stamps to our parks passport along the way. On my wish list: Lac qui Parle, Moose Lake, Glacial Lakes, Maplewood, Great River Bluffs, and Old Mill.