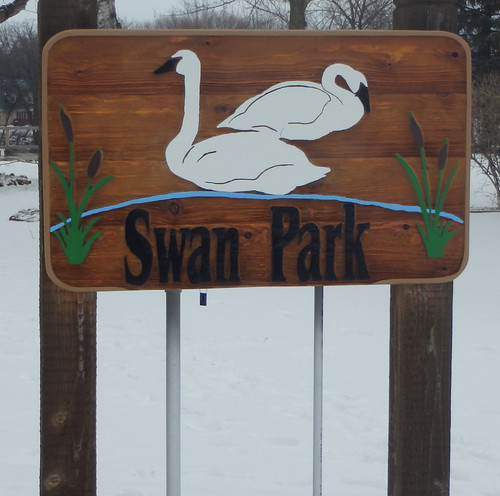 Swan Park is a small viewing area overlooking the Mississippi River in the middle of a neighborhood in Monticello. The water is relatively warm in this spot downstream from a nuclear power plant. We visited on Presidents Day, along with about two dozen other people, and we heard the sounds of the swans long before we saw them.

Trumpeter swans have made a terrific comeback in this area, thanks in part to the dedication of Sheila Lawrence. She was feeding ducks and geese in the mid-1980s when a few swans started showing up too, part of an effort by Hennepin County Parks (Three Rivers Park District) and the DNR to bring these native birds back from a Minnesota population of zero. 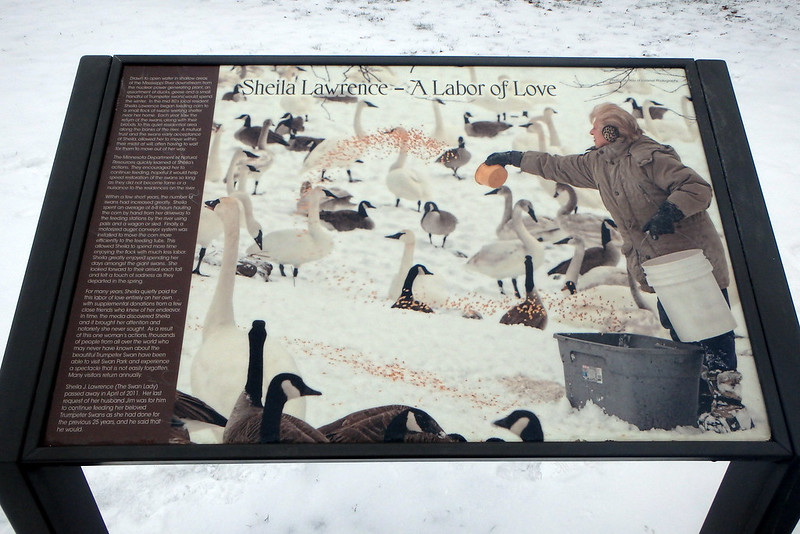 In an article for the Trumpeter Swan Society (PDF), she talked about seeing a tv report about a swan release: “I was amazed at such a sight and thought wouldn’t it be wonderful to work with those beautiful swans? You know the old saying, ‘Careful what you wish for, you just might get it.’ Little did I know then what fate had in store for me or just how much the Trumpeter Swans would change my life.” Now, about 2,000 swans reportedly visit Monticello every winter. Her husband has taken over feeding the swans since her death five years ago.

A truck was there to refill the corn supply…

…which is carried down a pipe to the river’s edge.

There were some squabbles, but not as many as I thought we’d see for so many birds so close together. 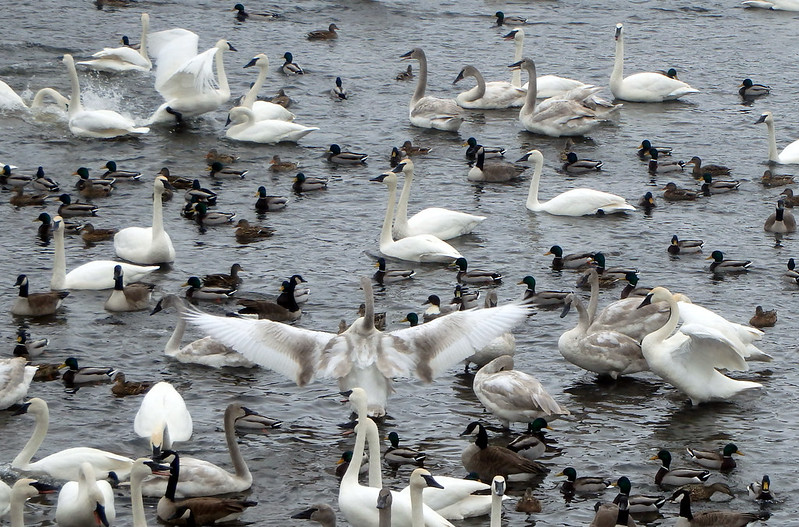 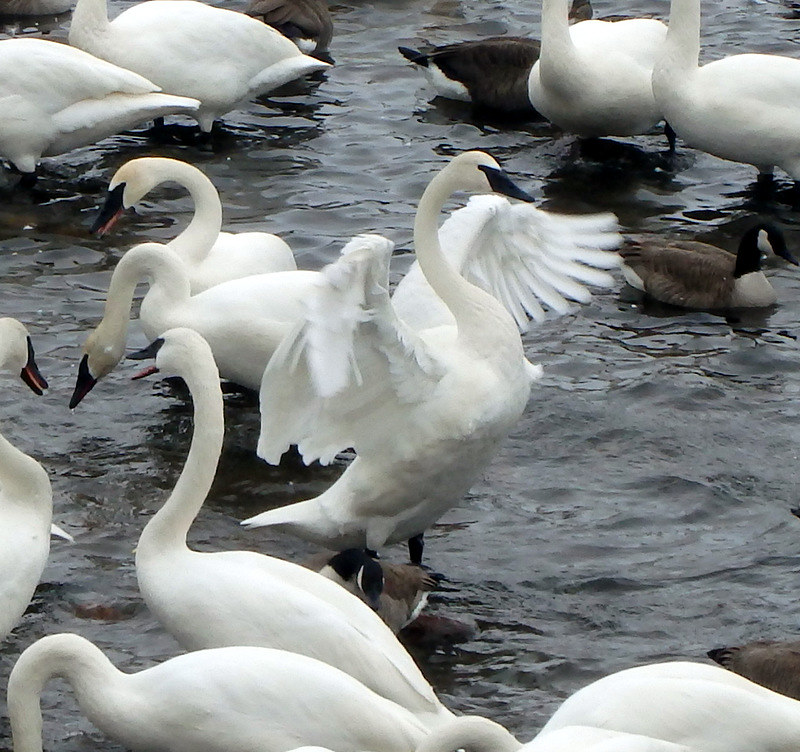 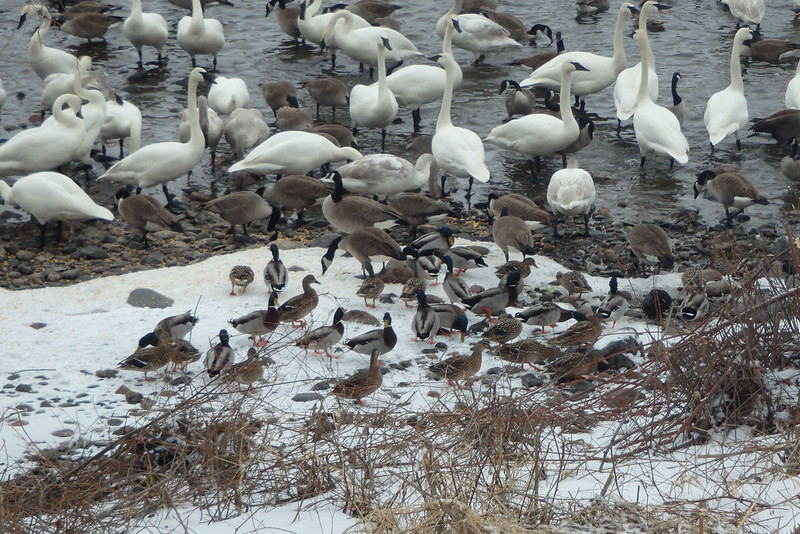 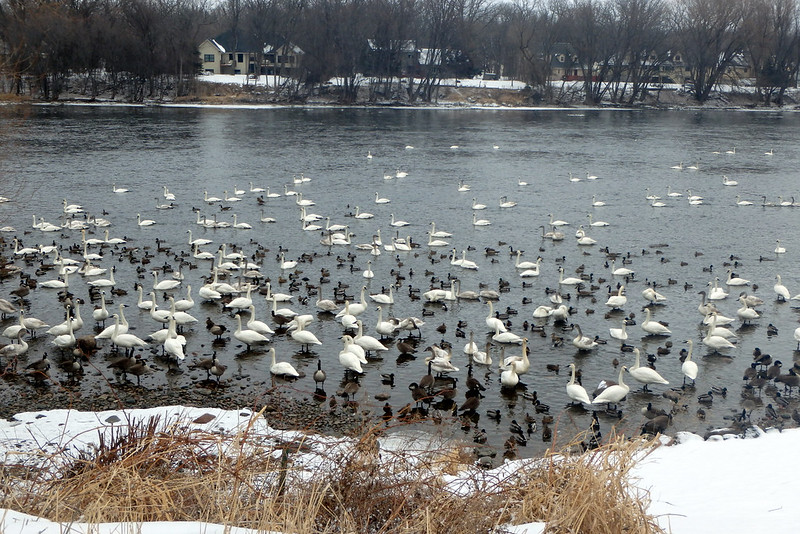 A pair of swans coming in for a landing: 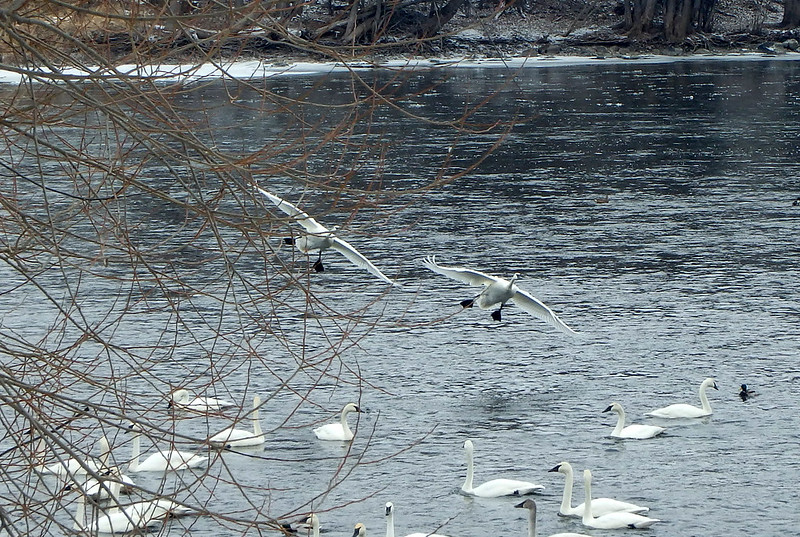 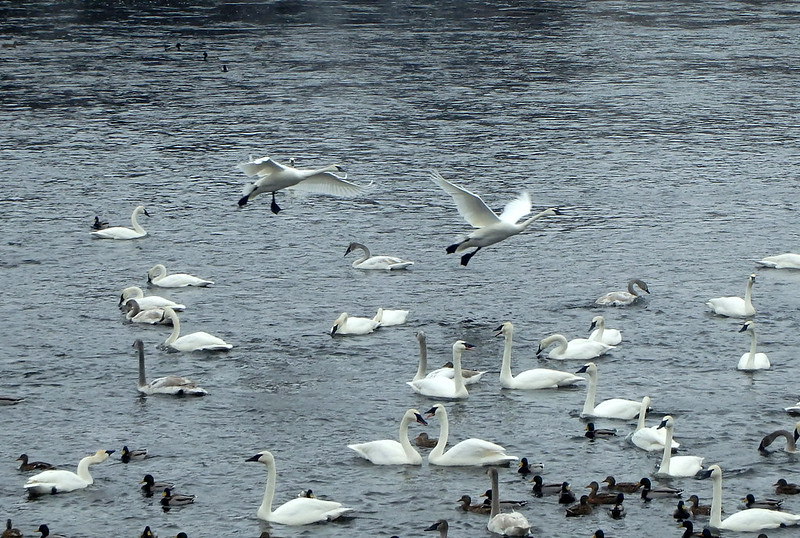 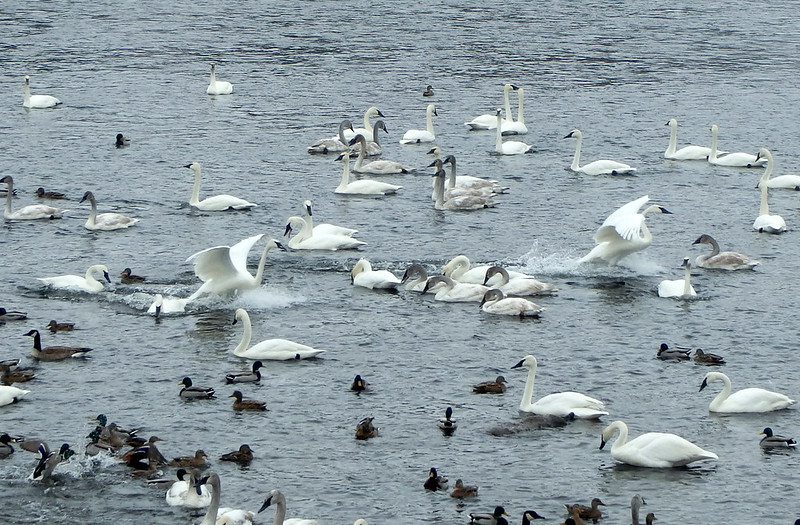 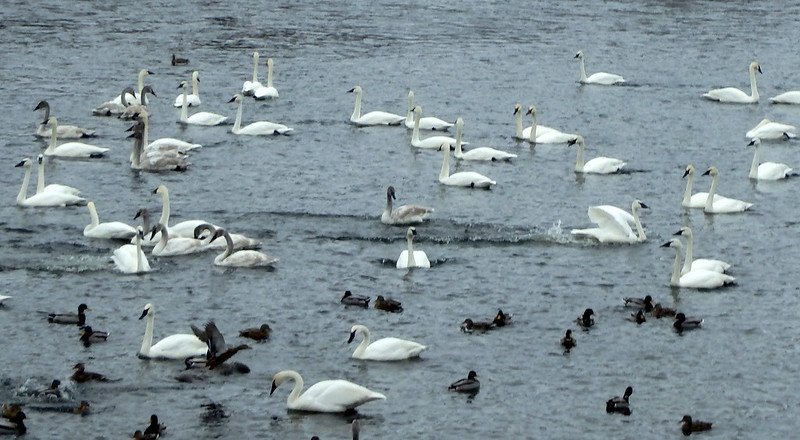 We visited the park in the morning, on our way to Sauk Centre. At that point there were hundreds of each bird. 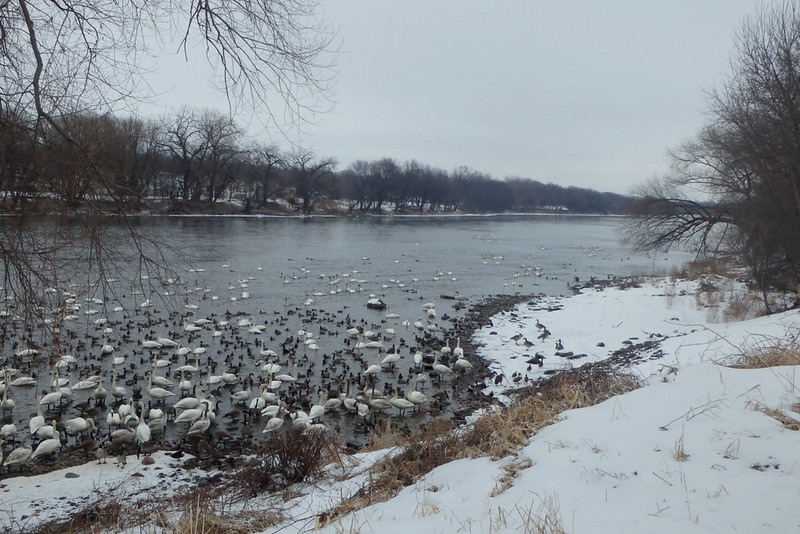 On the way back to the Cities, about four hours later, the sun had appeared but there were no more swans in the water, though some of the ducks were still around. 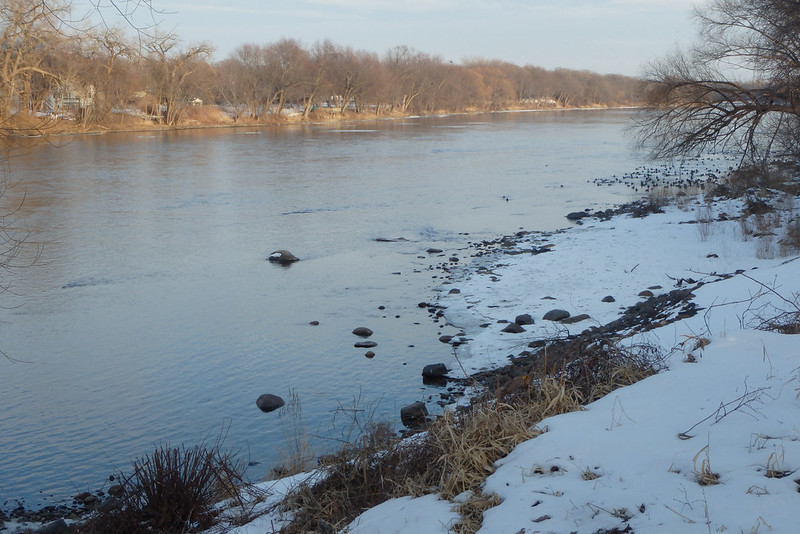 We did spot several pairs and groups of swans flying in the area. 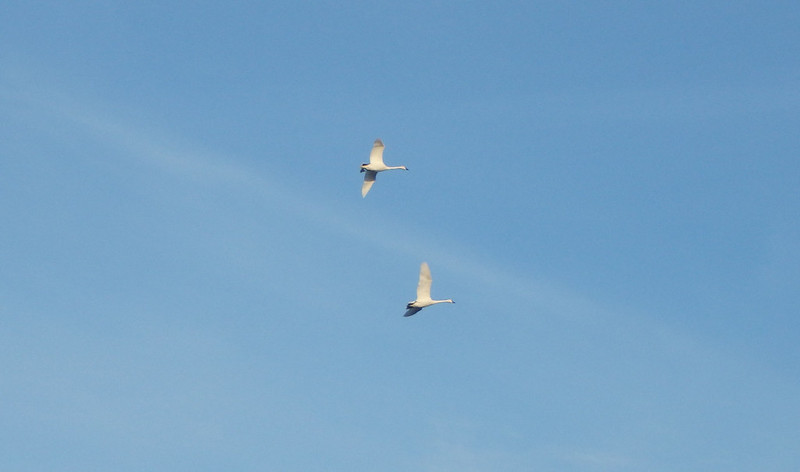