Split Rock and Gooseberry in winter 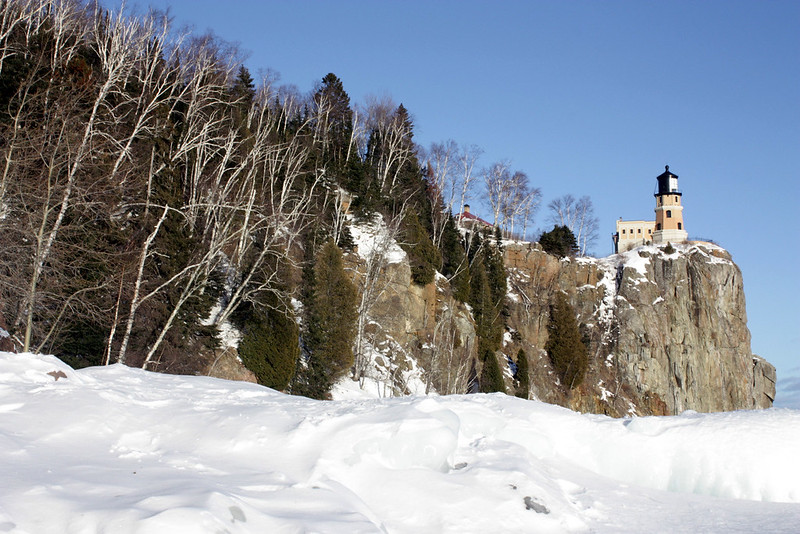 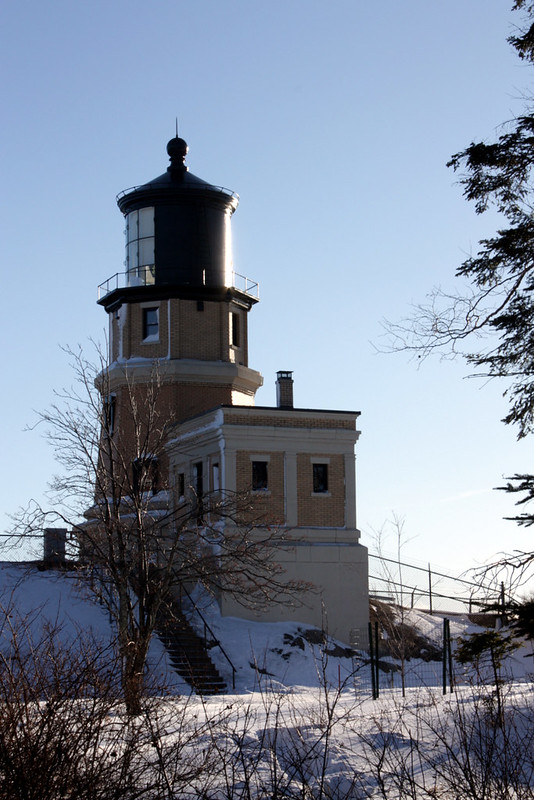 Two years ago, we decided to take a day trip to the North Shore. I had applied for a position with MNHS and with that organization on my mind, I wanted to see one of the historic sites that’s not in the Twin Cities – and it was a good excuse to add two stamps to our state parks passport. (And to visit Betty’s Pies on the way.)

Construction of Split Rock began in 1907 after several deadly shipwrecks on Lake Superior, including a late November 1905 storm that killed dozens and damaged or destroyed more than 20 ships. This map shows 29 wrecks. 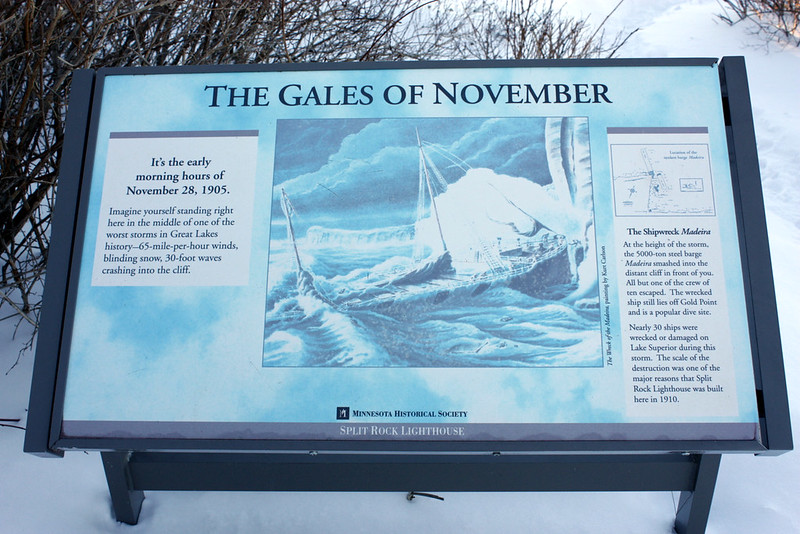 The lighthouse itself is closed during the winter, so we didn’t get to climb up to the beacon, but we were able to get up-close outside… 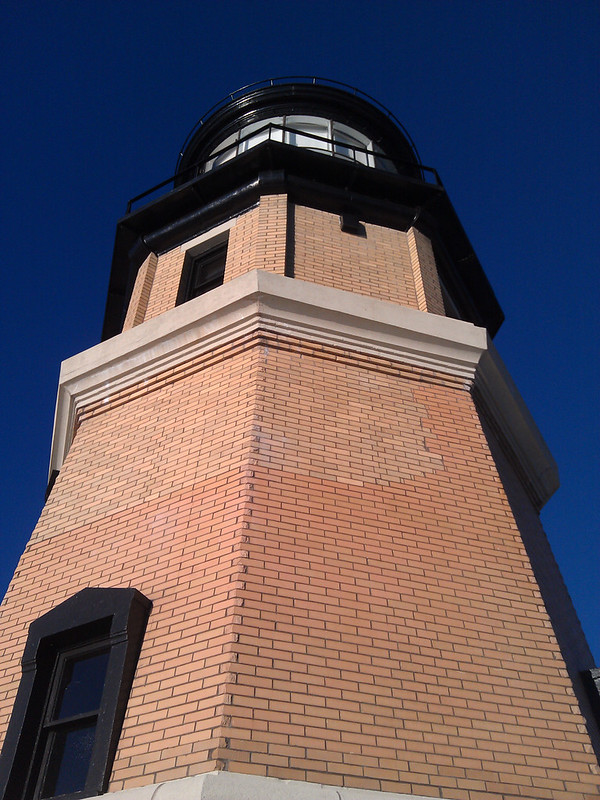 …and to see a beautiful, sunny view of Lake Superior. 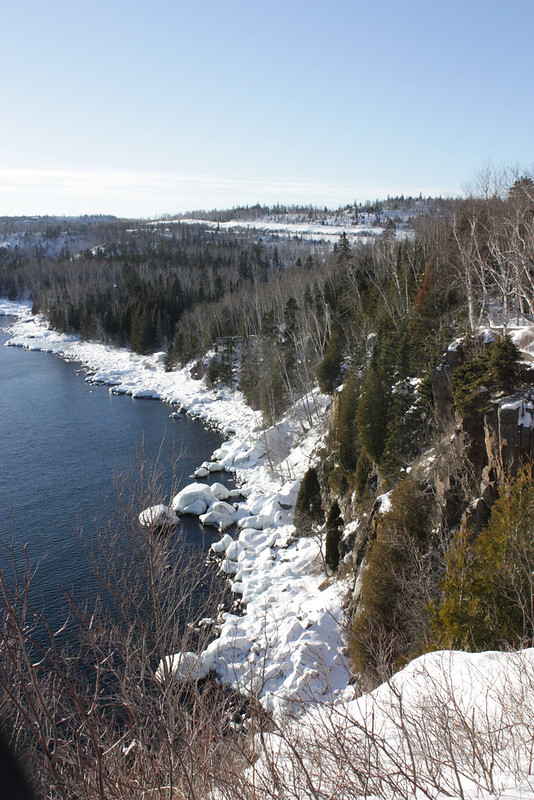 We left the lighthouse and started off on a very cold hike through the park. 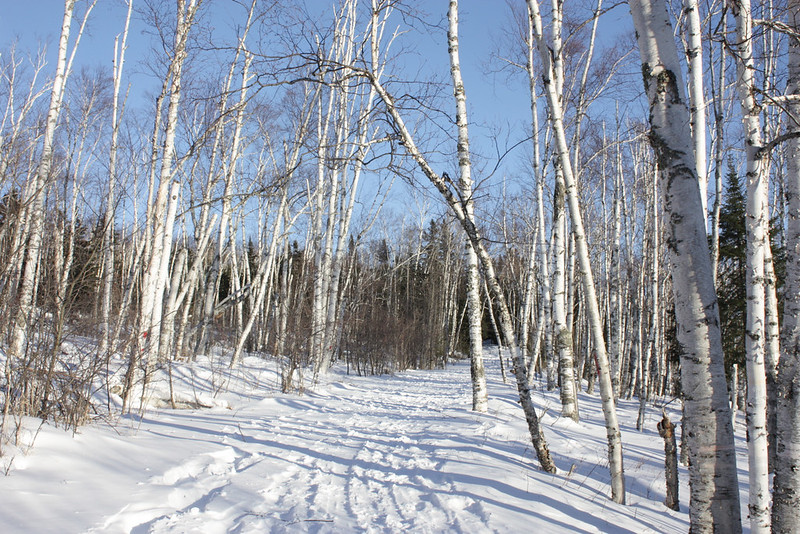 Being January, the rocks were frozen and snow-covered, although the lake wasn’t iced over. 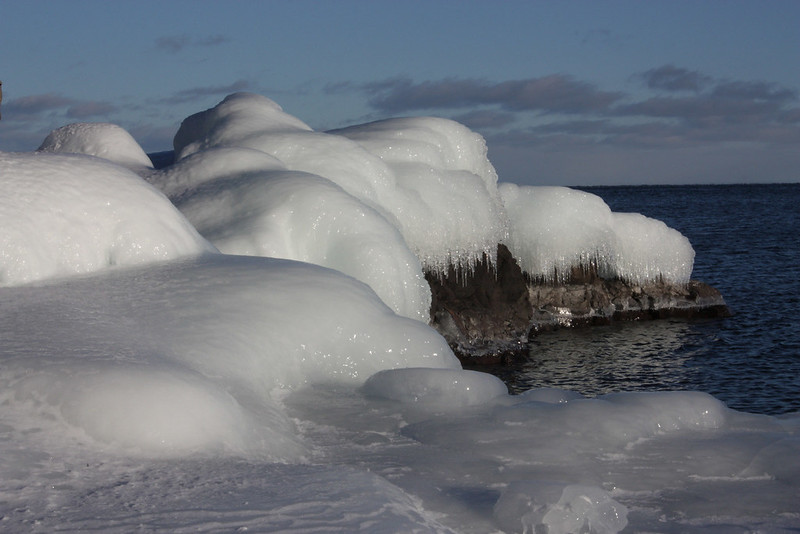 And then we were treated to a gorgeous view of the lighthouse and the lake. 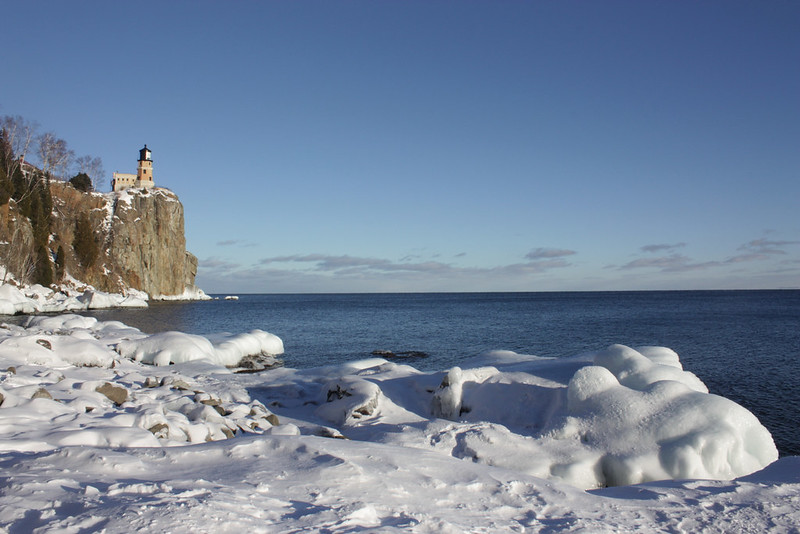 I was enchanted by this island to the south, with a pastel sky in the background as the sun went down. 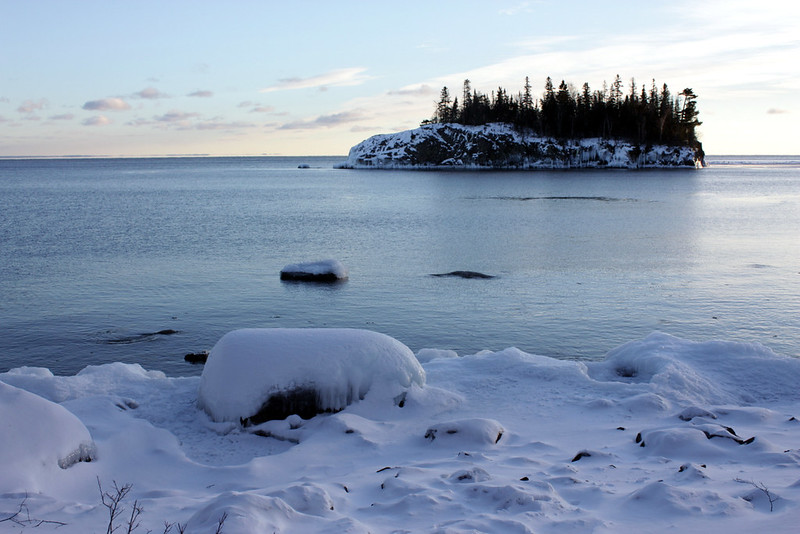 Now, switching back to the first park of the day, Gooseberry Falls, which was completely frozen over. 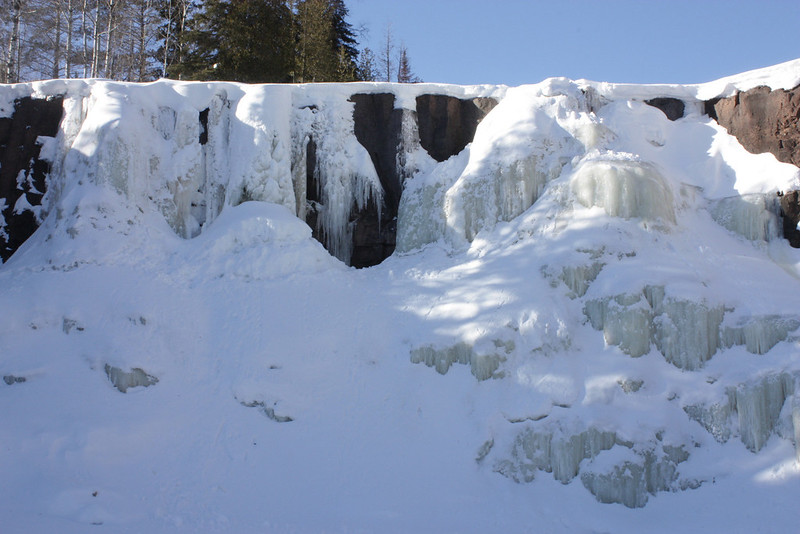 A view from the top of the falls, looking down: 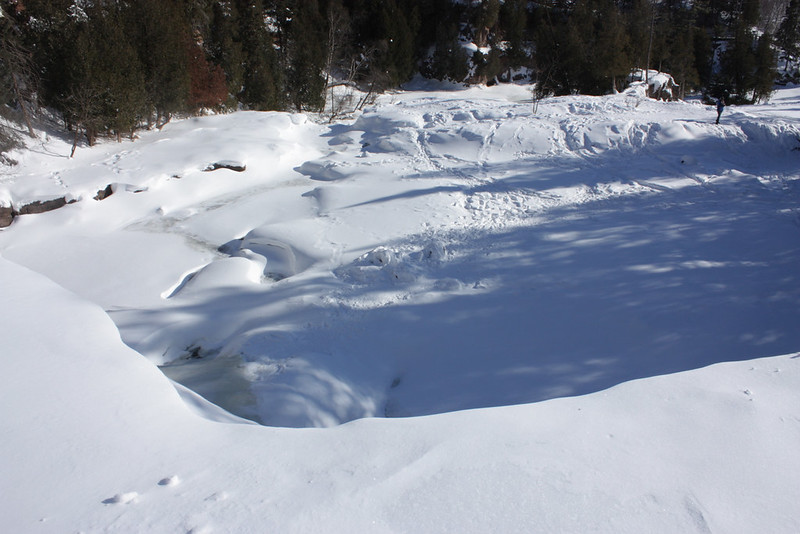 The Highway 61 bridge over the Gooseberry River: 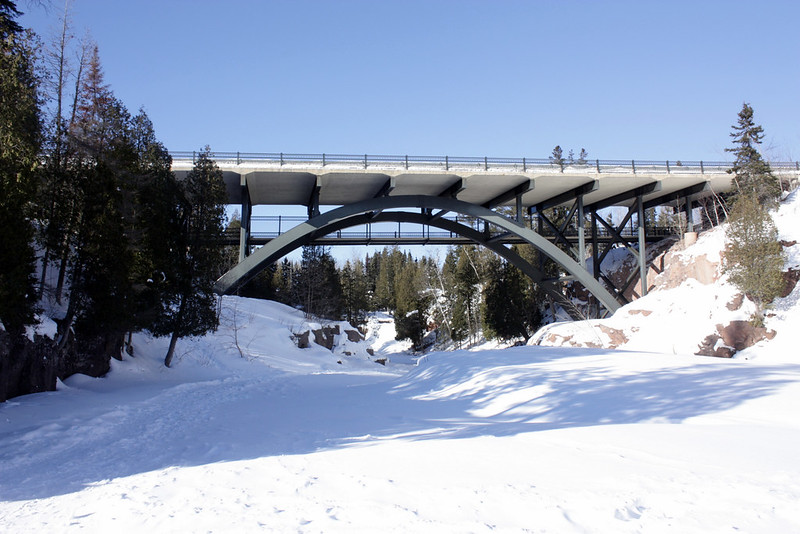 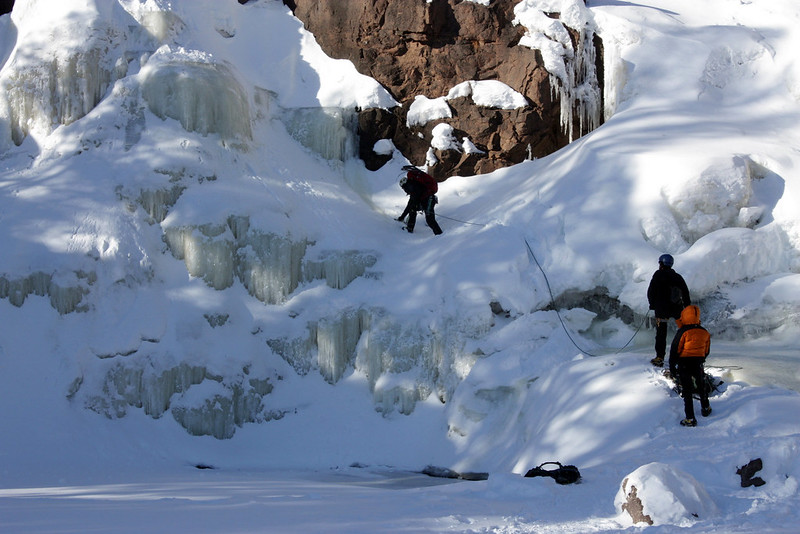 We didn’t stay long at this park, pretty as it was, because we wanted to leave plenty of time for Split Rock. Since then we stopped here once again but only as an afterthought and only for a quick hike out to see the unfrozen falls. Soon, we need to plan a real visit and explore the rest of this popular park.