The gales of October

An early winter storm was predicted to arrive on the north shore late on Thursday, October 26. When I arrived at the Split Rock Lighthouse historic site for a work visit late that morning, the winds were picking up and it was raining off and on.

The view across Lake Superior may appear relatively calm, but whitecaps are forming: 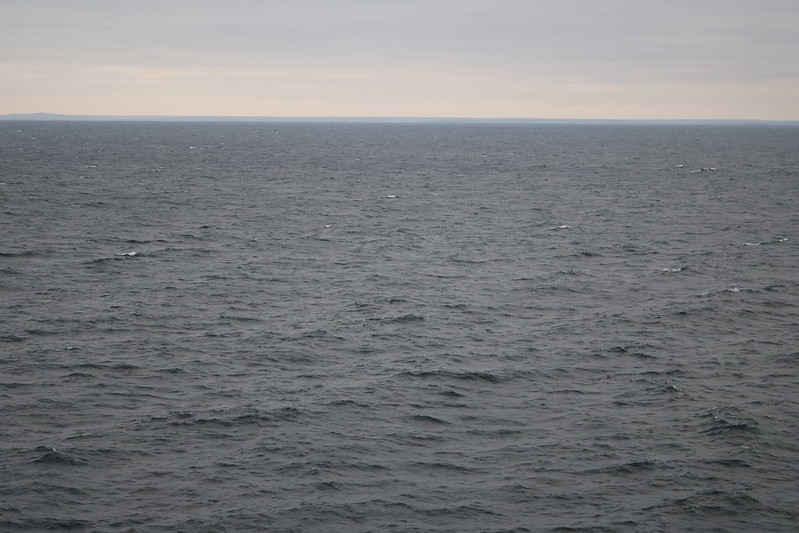 …and starting to crash on the shore: 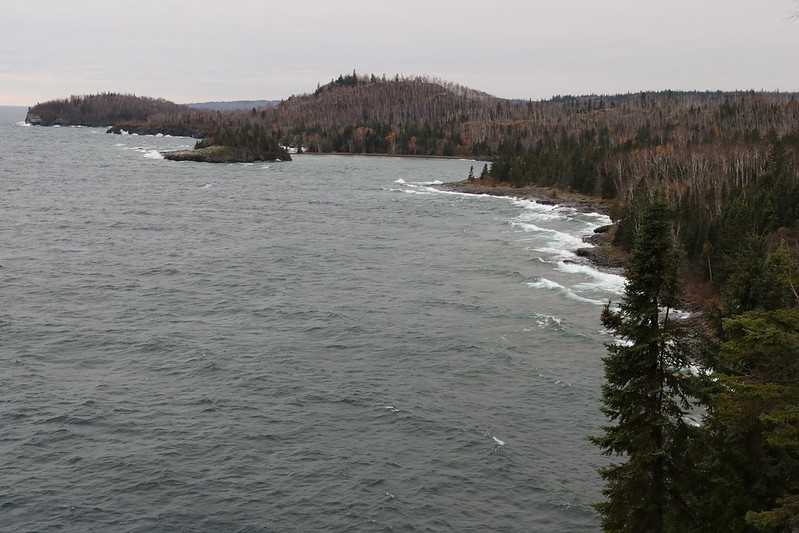 I walked down the 171 stairs in the spot of a former tramway to the edge of the lake, where the water was making small splashes on the shore: 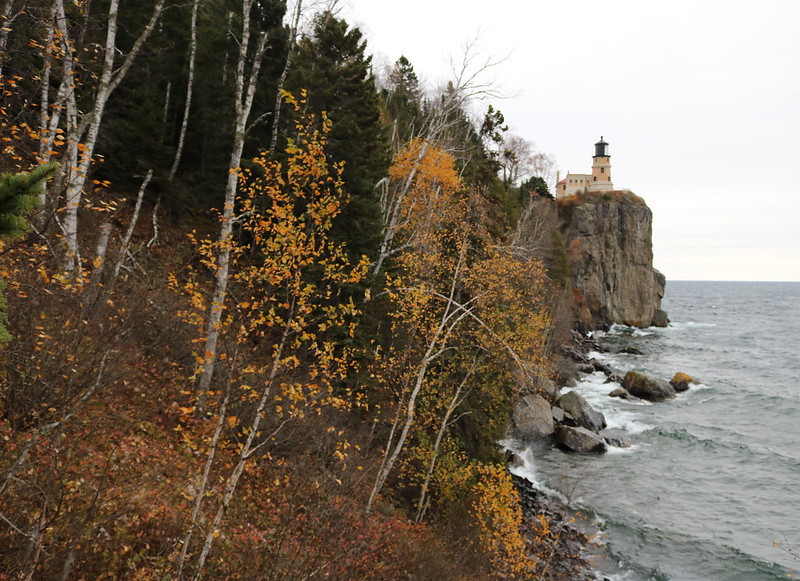 Watch the Waves at Split Rock Lighthouse video on YouTube

Back up to the lighthouse, and beyond to the northeast side, where sea caves are visible below the lighthouse and create nice, big splashes: 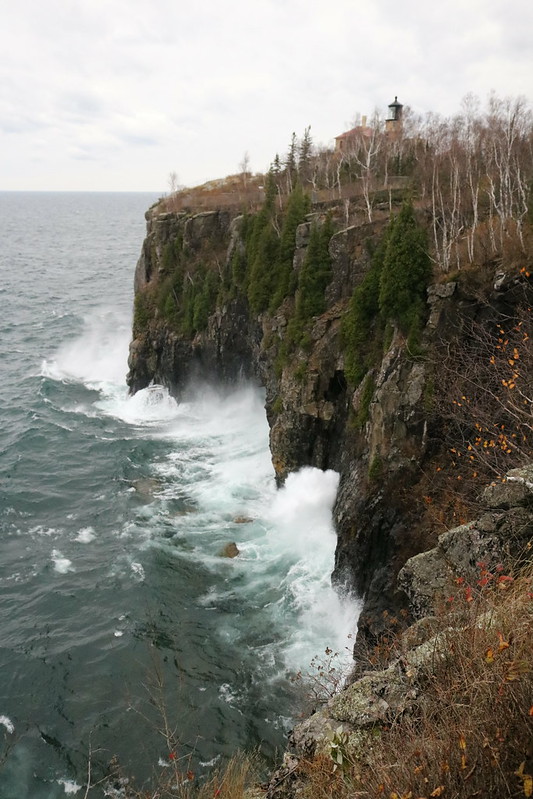 Watch the Waves at the Sea Caves video on YouTube

Then I left the historic lighthouse and set off down one of the state park trails. With the light rapidly fading, this is the scene two and a half hours after the first video, farther down the shoreline where perhaps the bigger rocks helped make more dramatic splashes: 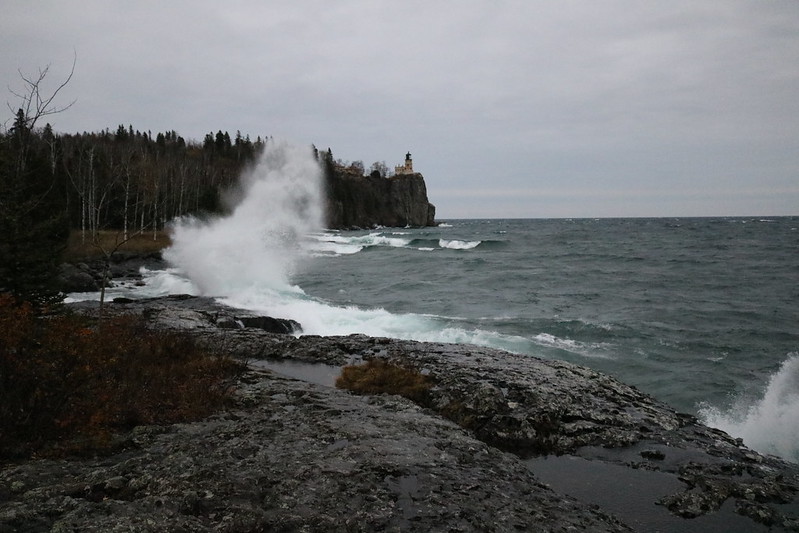 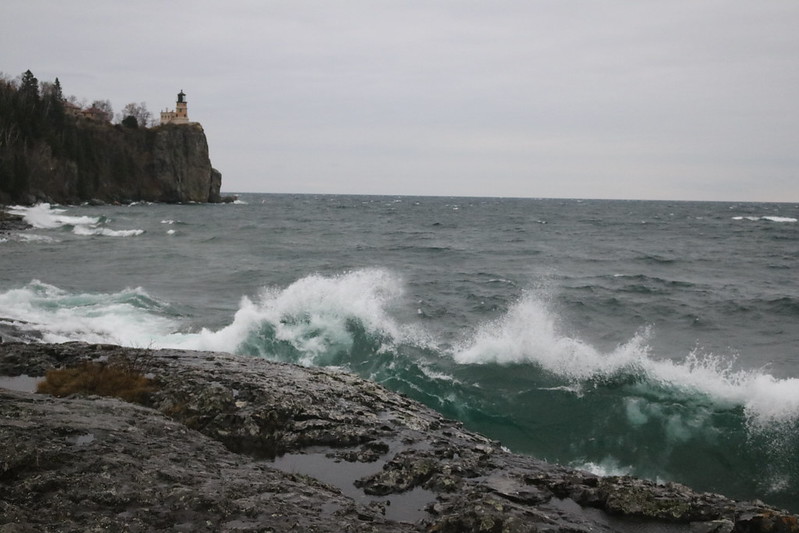 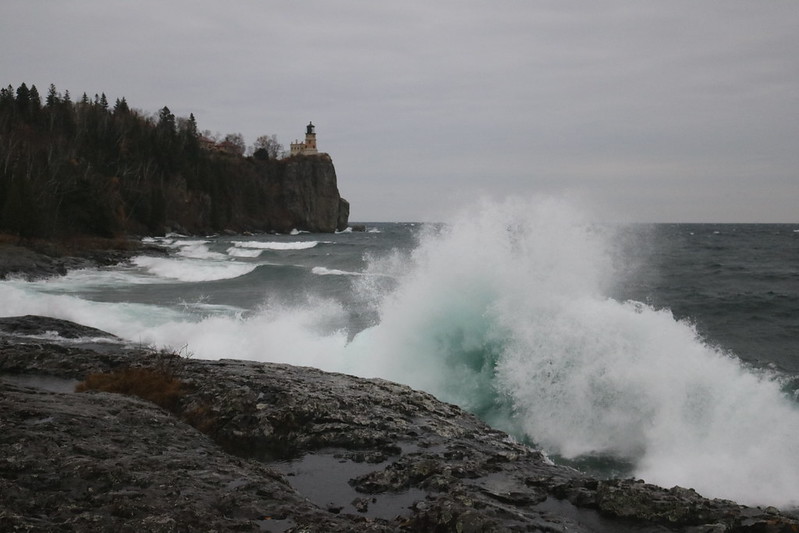 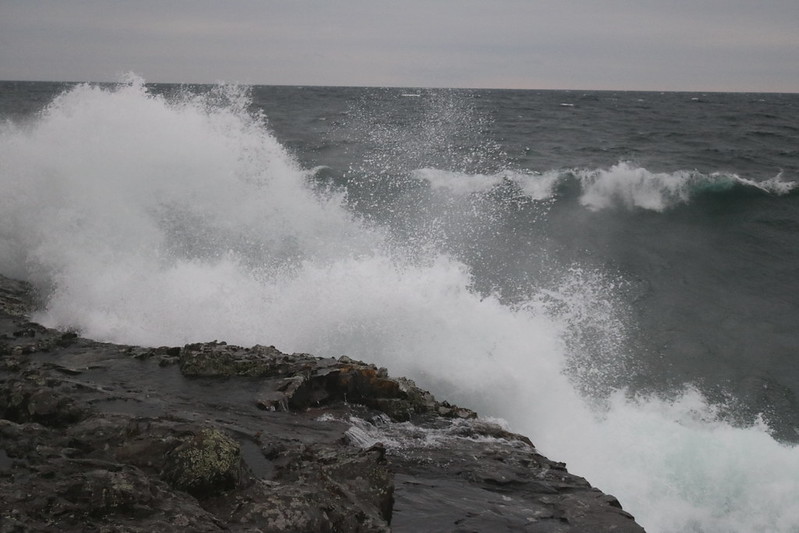 I wanted to stay longer and watch as the waves got even bigger, but I needed to head back to the Twin Cities. It was getting too dark to take many more pictures, anyway. I made it out of town before the storm really hit — and caused a lot of damage in Duluth. 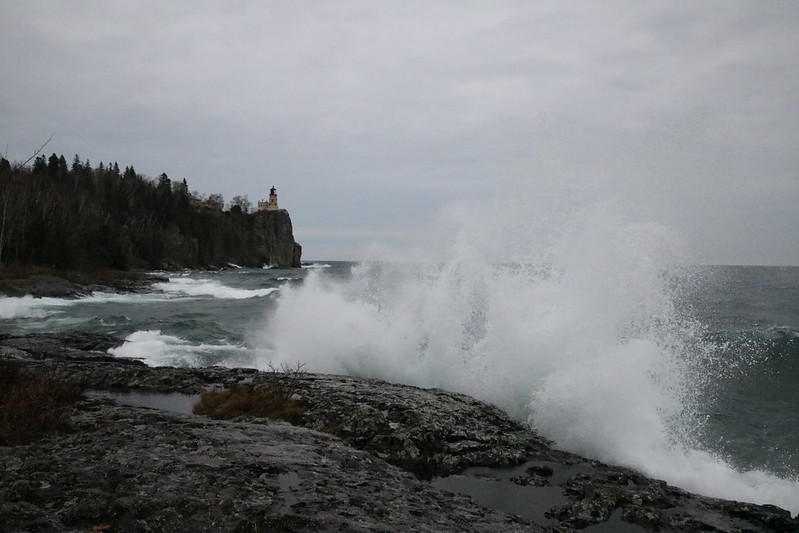 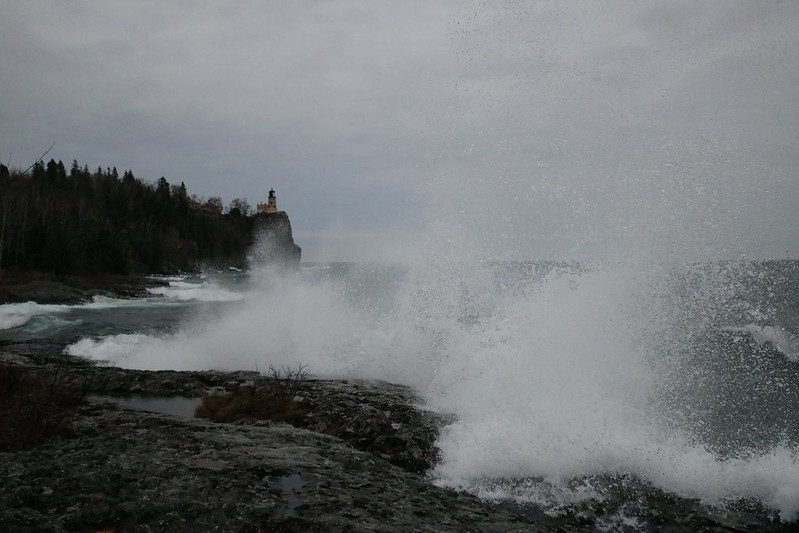 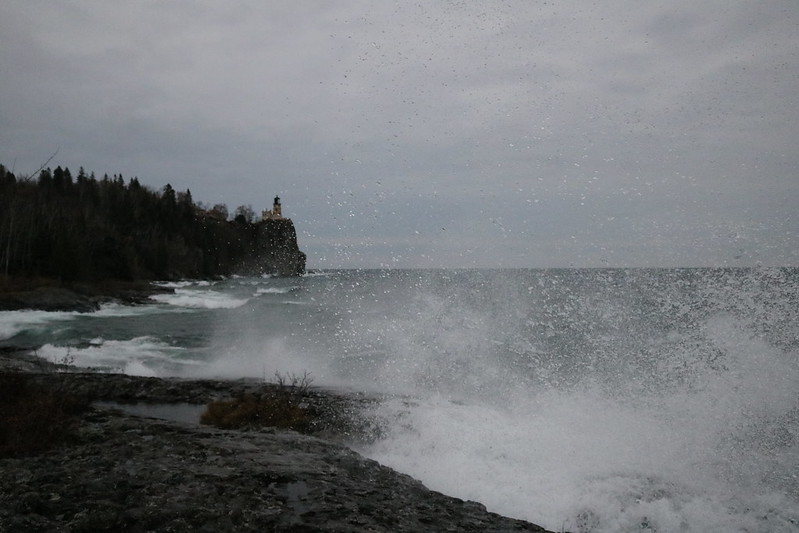 More about this storm

One thought on “The gales of October”