Before the snow completely melts, I should recap some of our winter adventures in the Twin Cities.

One Saturday in January we planned two outdoor stops in Minneapolis. First up, a kite festival on Lake Harriet. This “dangerous ice” sign didn’t stop anyone. 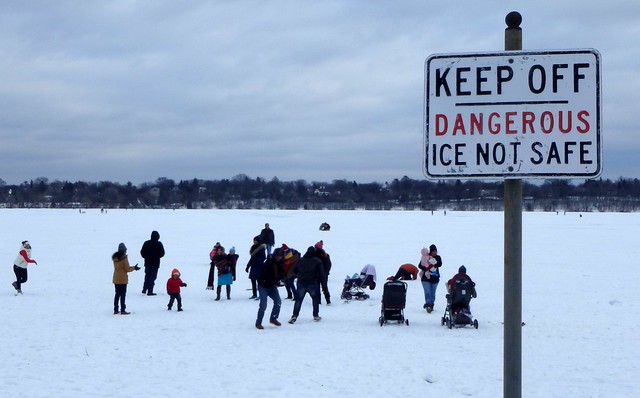 There were many kites and hundreds of spectators. I managed to avoid a crash-landing kite at the last second. 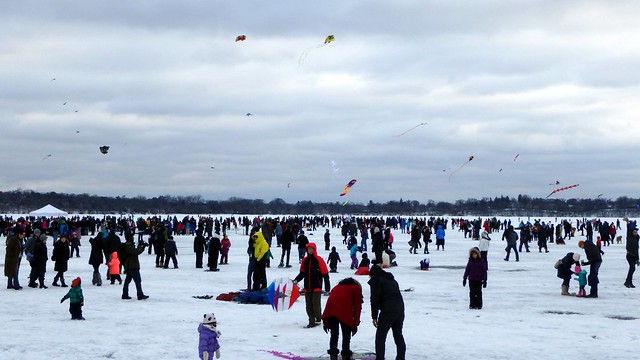 After we’d had enough of the kites, we drove east to Minnehaha Falls, but we got distracted by all the cars near Lake Nokomis and then remembered the U.S. Pond Hockey Championships. We reached the rinks on the middle of the frozen lake just as time expired for the day, but still got to see some action because this game needed overtime… 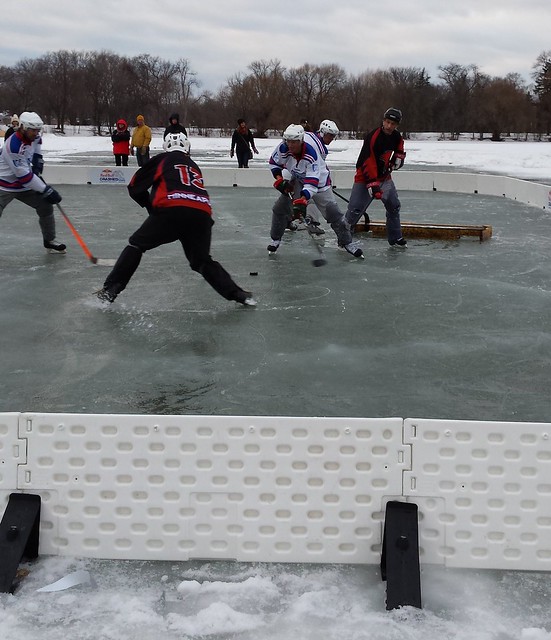 …and then needed a shootout to determine a winner. 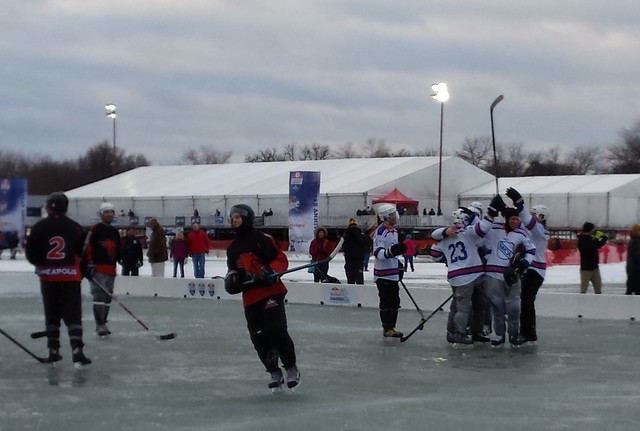 Then on to the frozen Minnehaha Falls – essentially a must-do winter activity: 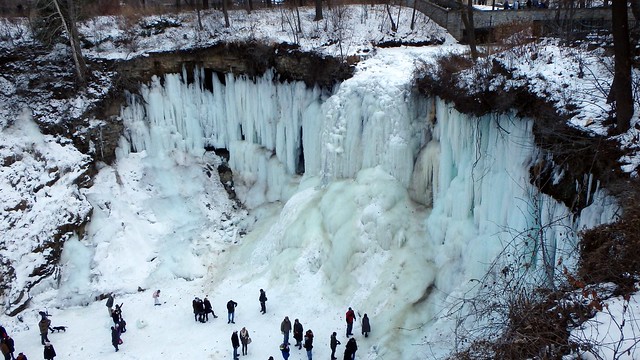 Later in the season our sights switched to St. Paul and the Winter Carnival, which kicked off with the Crashed Ice downhill skating (not skiing) race. I took some time over a lunch break to watch practice near the Cathedral one afternoon before the competition began: 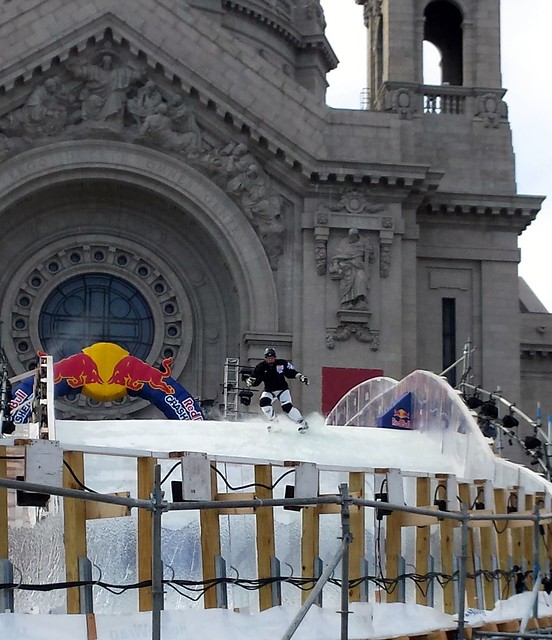 Maybe half of the competitors were able to stay upright throughout the course’s ups and downs and jumps. 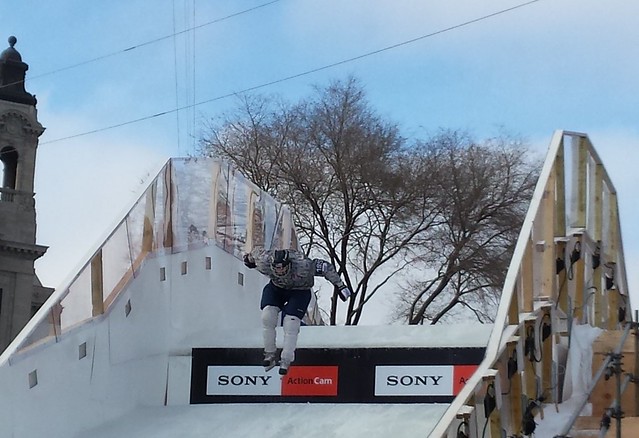 Then we went back to downtown St. Paul one very chilly weeknight to see the carnival itself. It seemed that the excitement must happen on the weekend because there were so few people, but that meant we were able to get up-close to the ice sculptures in Rice Park. This was the only sculpture we noticed still standing after the warm first weekend of the carnival: 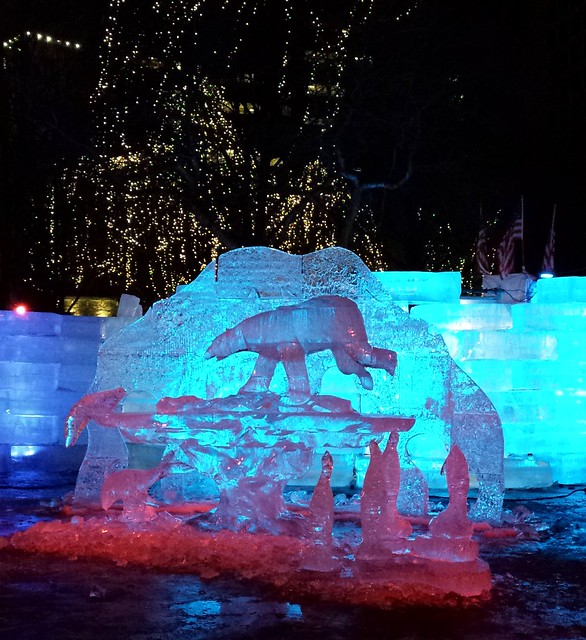 There was a broomball game on the ice rink next to the candle on the Lawson Commons building: 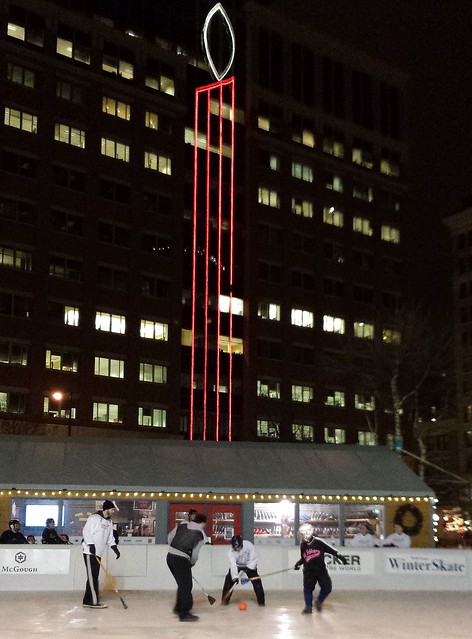 We also headed over to the state fairgrounds to see the snow sculptures: 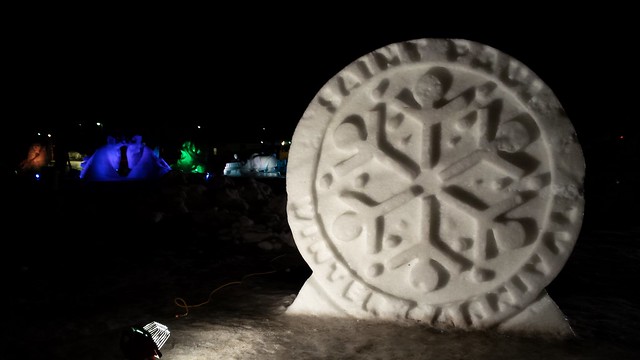