It had been years since I’d been camping, so when a friend told me she booked a campsite at Tettegouche State Park, I jumped at the chance to tag along with her and a third friend. This beautiful park borders Lake Superior and also includes the highest waterfall in Minnesota. 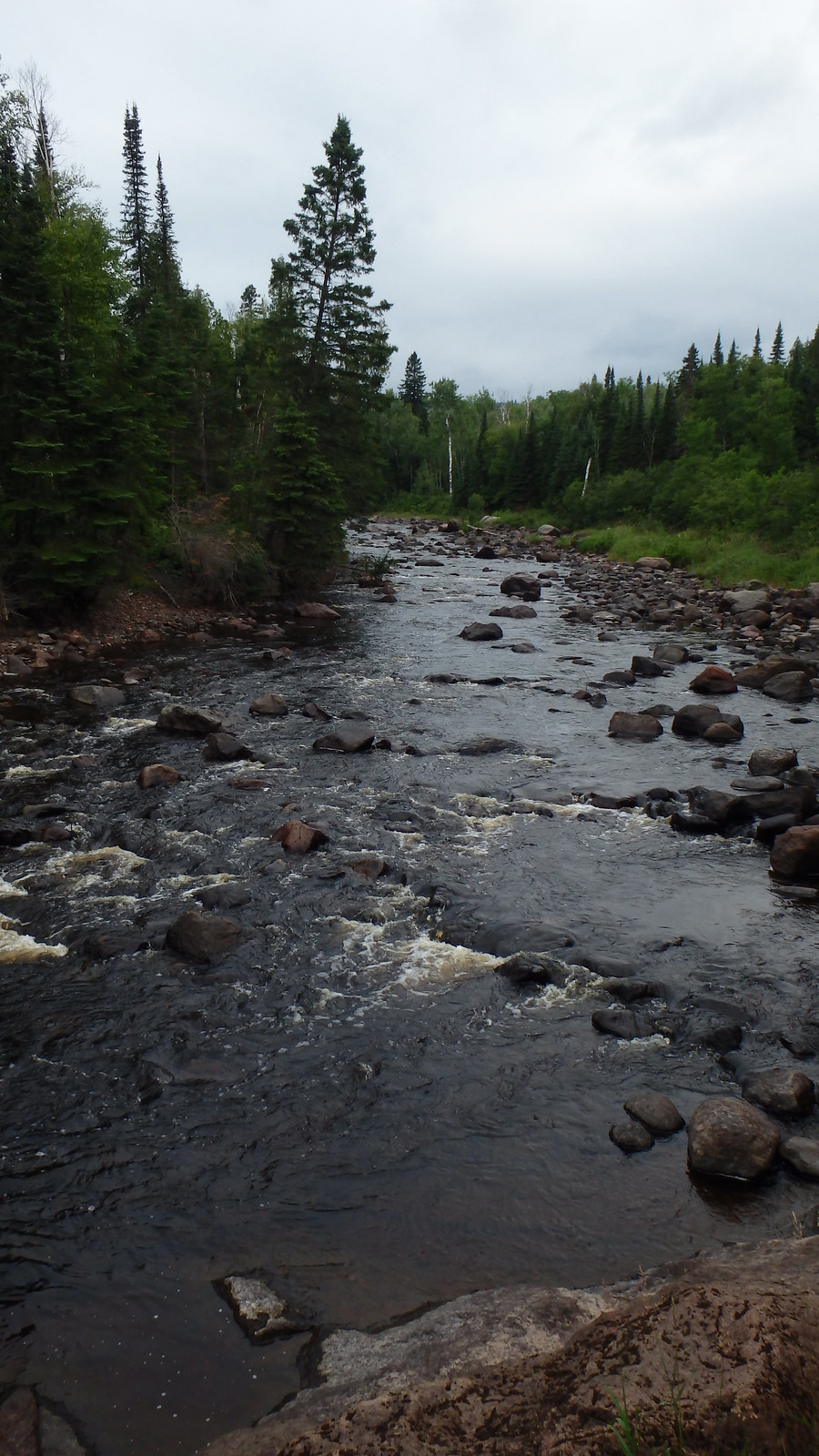 The park is outside Silver Bay, which is a little more than an hour north of Duluth. We didn’t realize that this rest stop at the park’s entrance also contains the Tettegouche visitors center, so we drove right by and had to come back. It’s a brand-new building that opened just a few weeks prior to our visit, so hopefully they will add signs soon that make it clear. 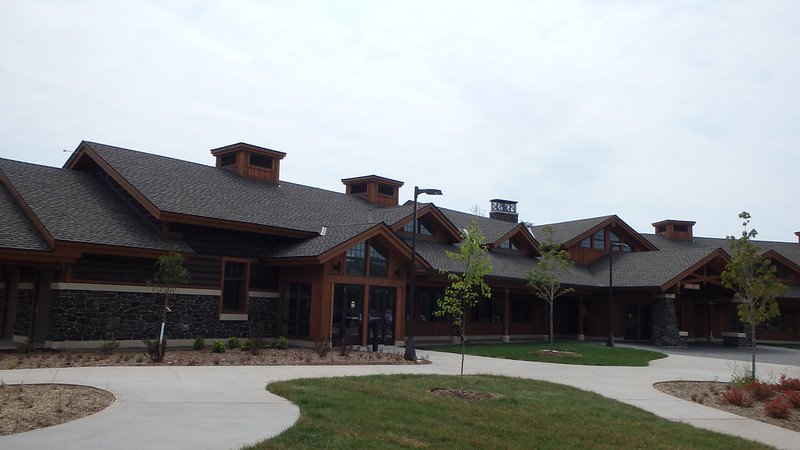 We reserved campsite 25, a walk-in site, so we had to carry our gear down a short shared path. Site 25 just happened to be the exact spot where two of us stayed with another friend 13 years ago! I climbed up onto the giant rock at the site to re-enact a picture from 2001. 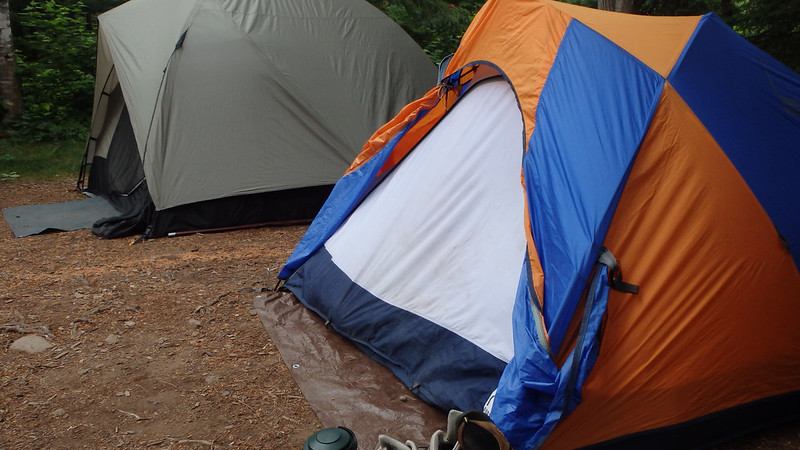 …and then made dinner over the campfire. We also had hot breakfasts – including grilled toast – each morning. 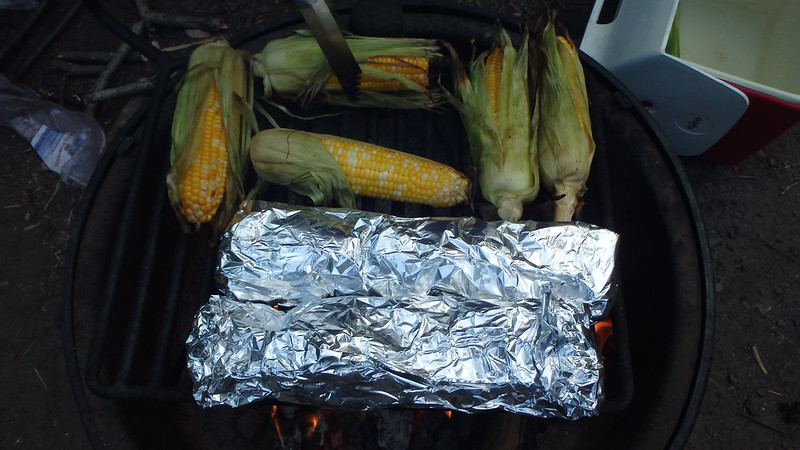 The first morning we hiked to High Falls, which was close enough to our campsite that we could hear the water during the quiet nights. 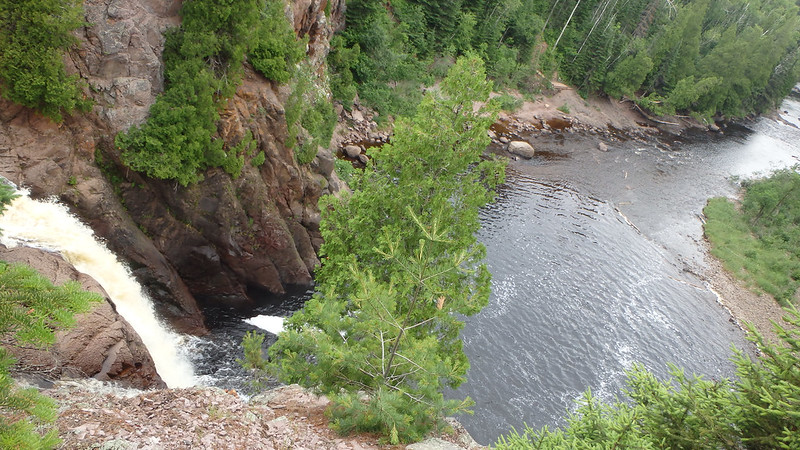 We approached the falls from one side, then walked along the trail further up the Baptism River to a bridge to cross to the other side. 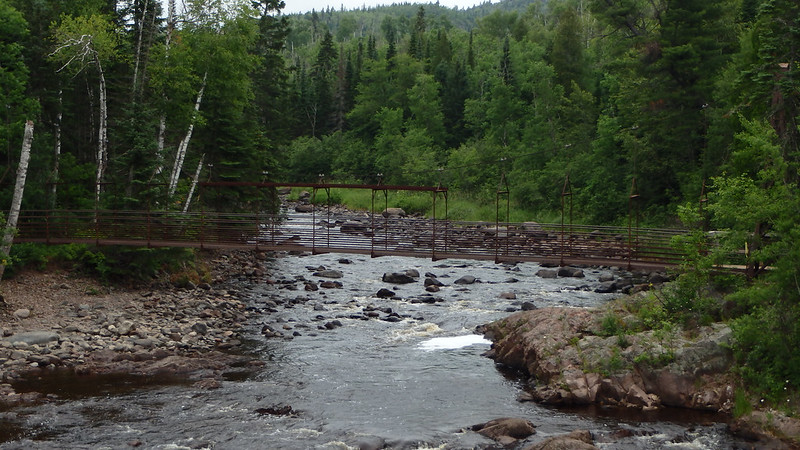 Up close on the other side. 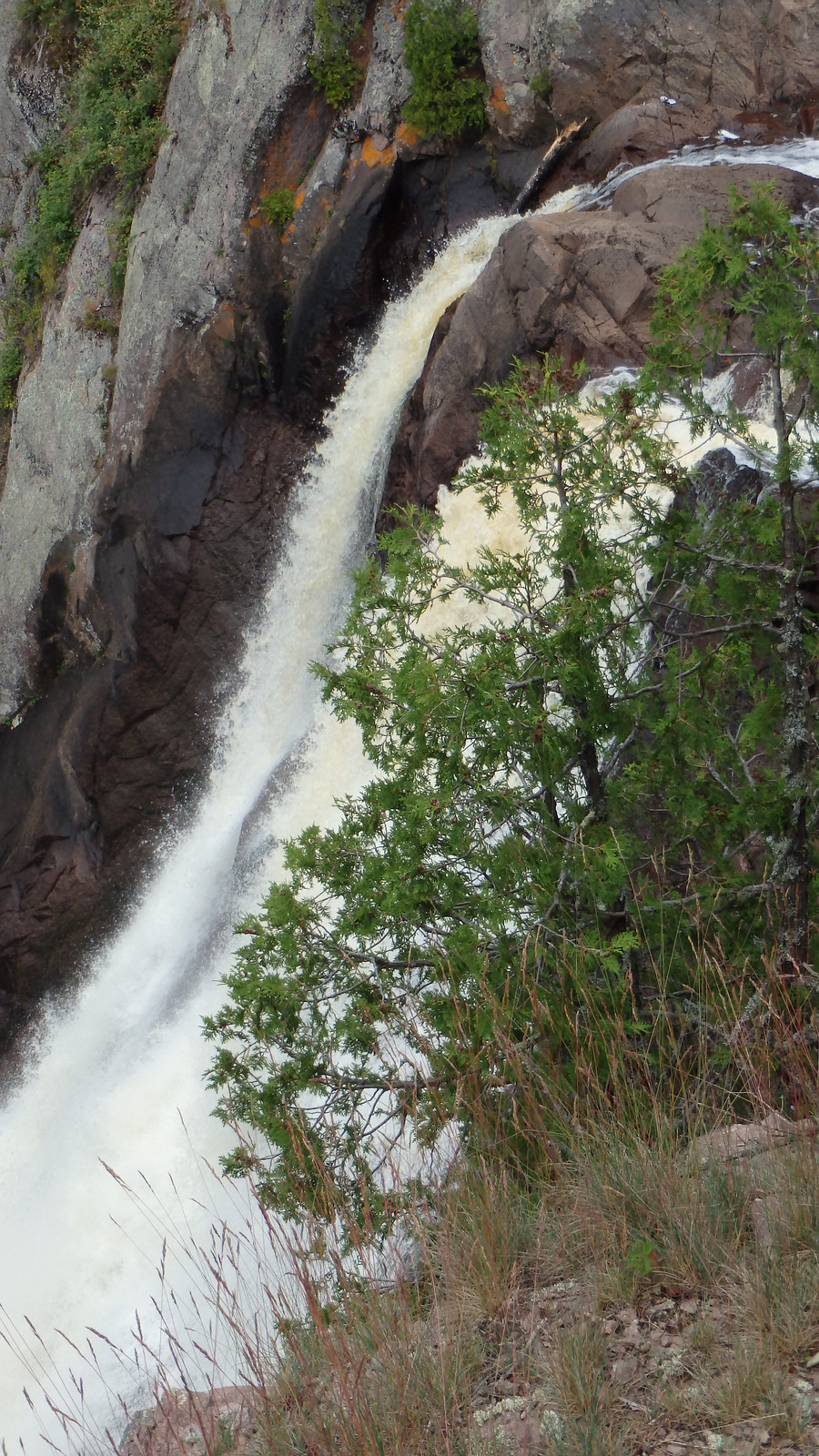 It was late morning when we reached the picturesque bottom of the falls and there were lots of other visitors, so I was lucky to get this shot without people – though you may notice a swimming dog at the left. There were also some human swimmers. 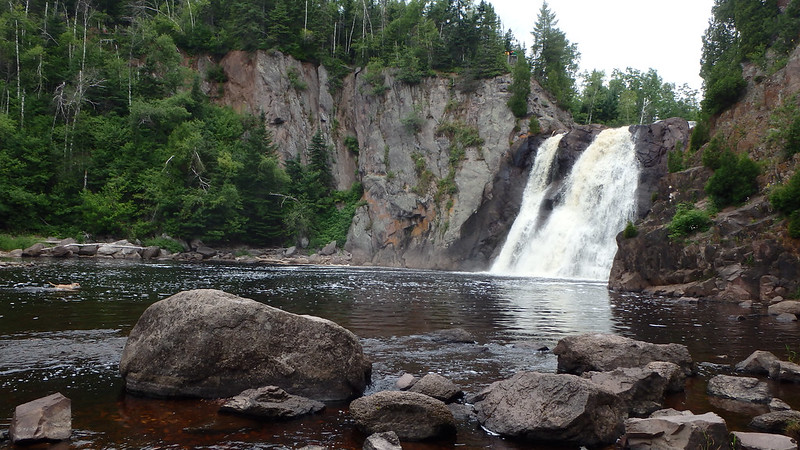 I can’t resist admiring wildflowers, and it seemed like I stopped every 10 feet along the trail through the woods to take another photo. This is one-flowered pyrola, which faces the ground so I had to get on my knees to see its face. Just one of dozens of wildflowers blooming at Tettegouche that weekend. 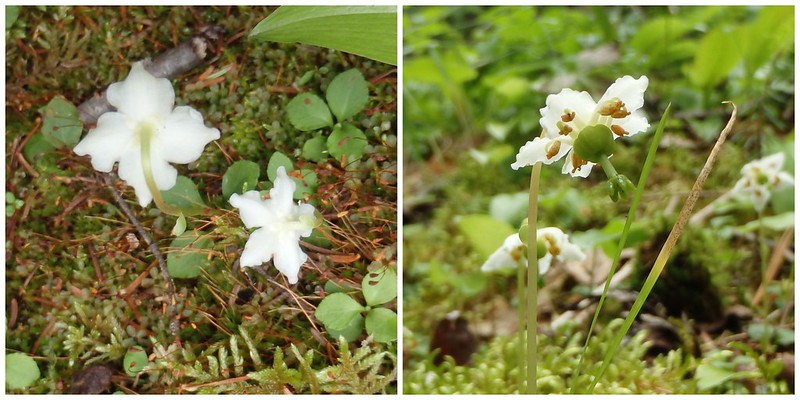 We also saw some wildlife, including this pack of at least four garter snakes. 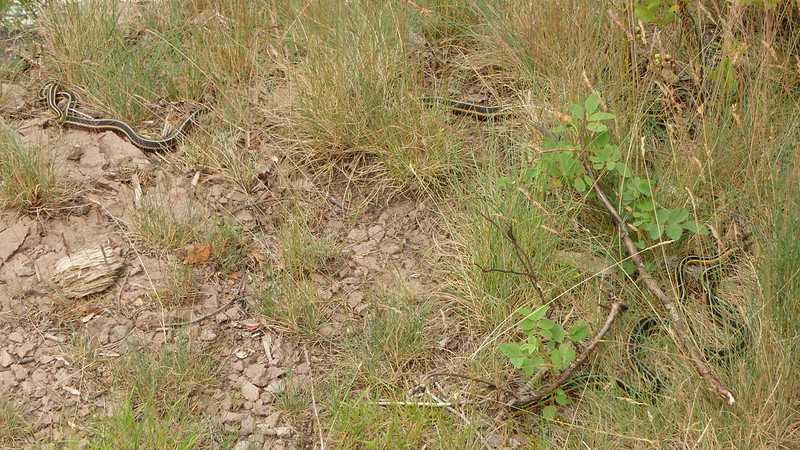 We relaxed the rest of the day after our long hike – and of course finished with another campfire. It was too dark to get good pictures of roasting marshmallows, but no camping trip is complete without s’mores. In addition to the traditional Hersheys-and-marshmallow, we also tried some other variations, including marshmallow Peep with Nutella or Reese’s peanut butter cup. 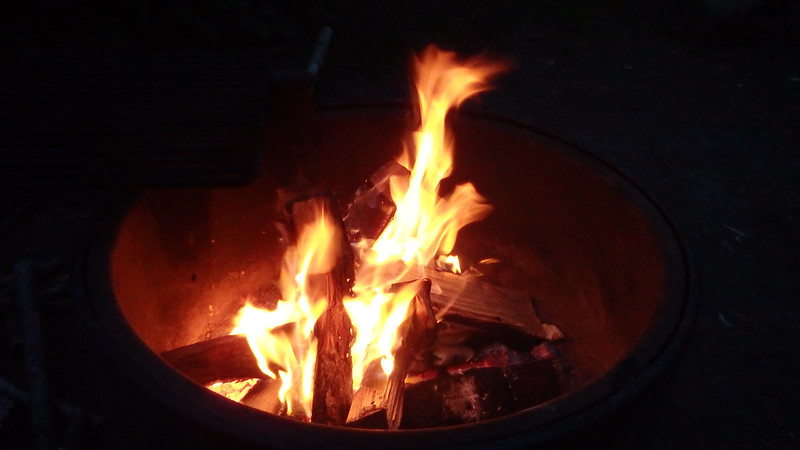 The next morning we took a foggy walk along Lake Superior to Shovel Point. 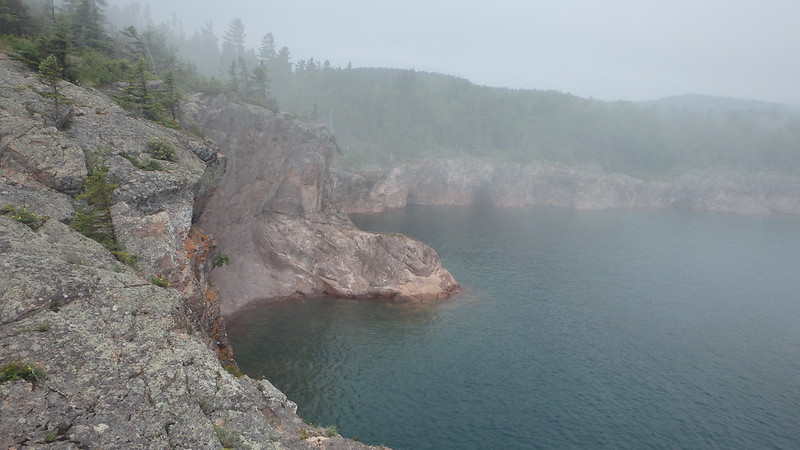 I didn’t notice whether there was a sign that advised visitors of the number of stairs on this trail – which was probably a good thing! 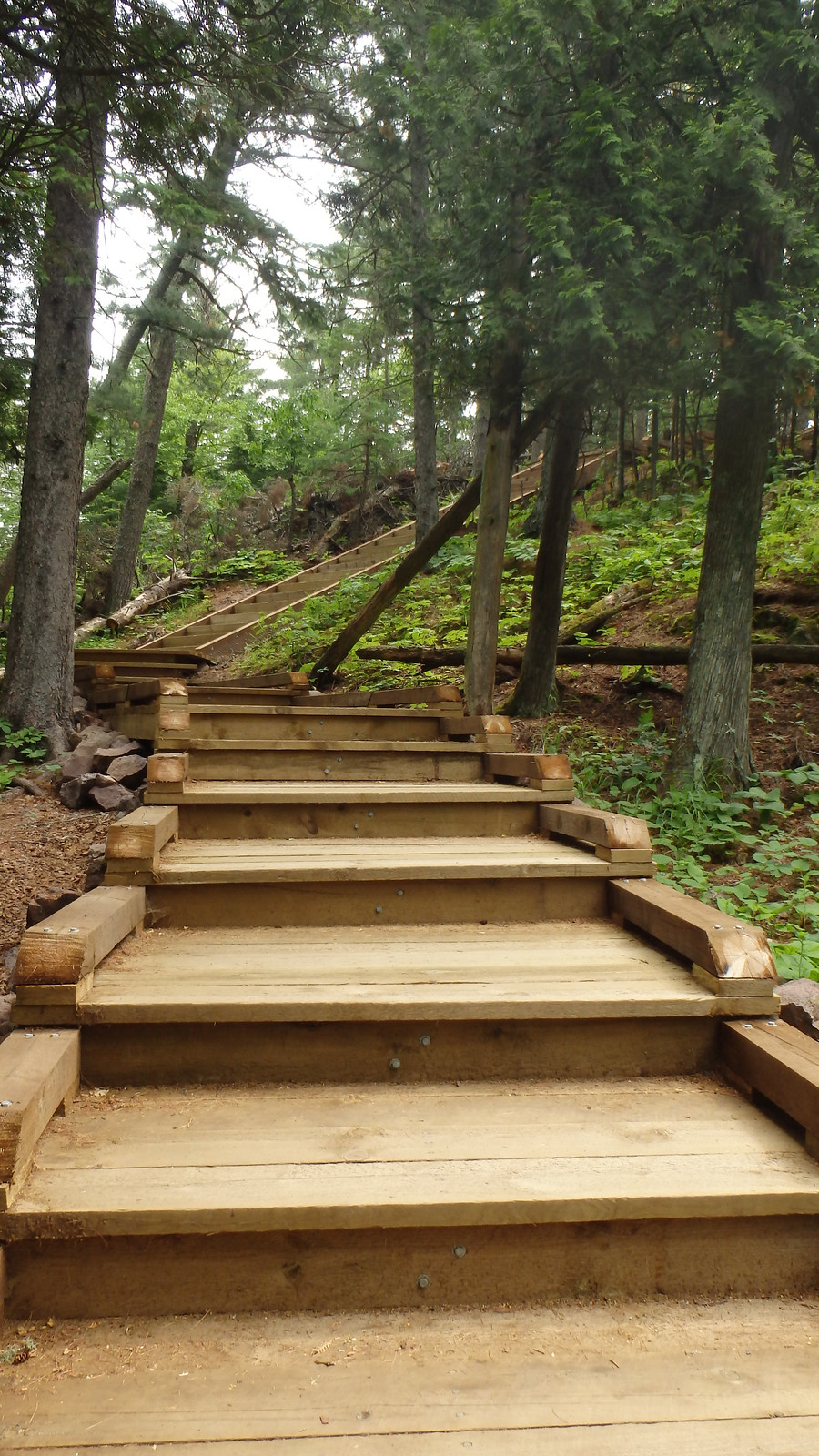 Lake Superior’s “natural air conditioning” was in effect, which was lucky for us given the workout on the stairs. Even with the fog, the view was worth the effort – though I couldn’t tell where the lake ended and the fog began! 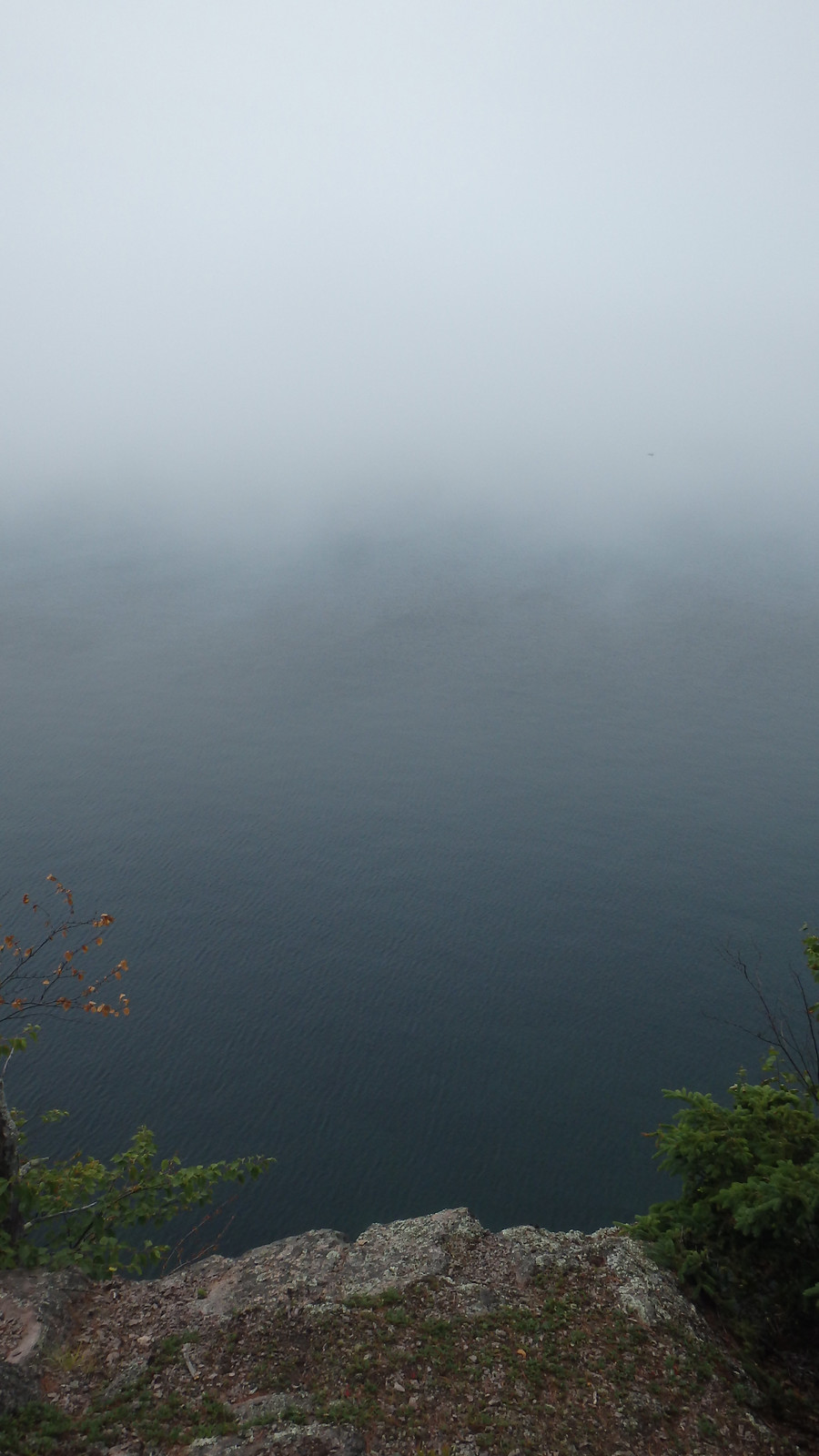 On our way back, the fog started to lift. 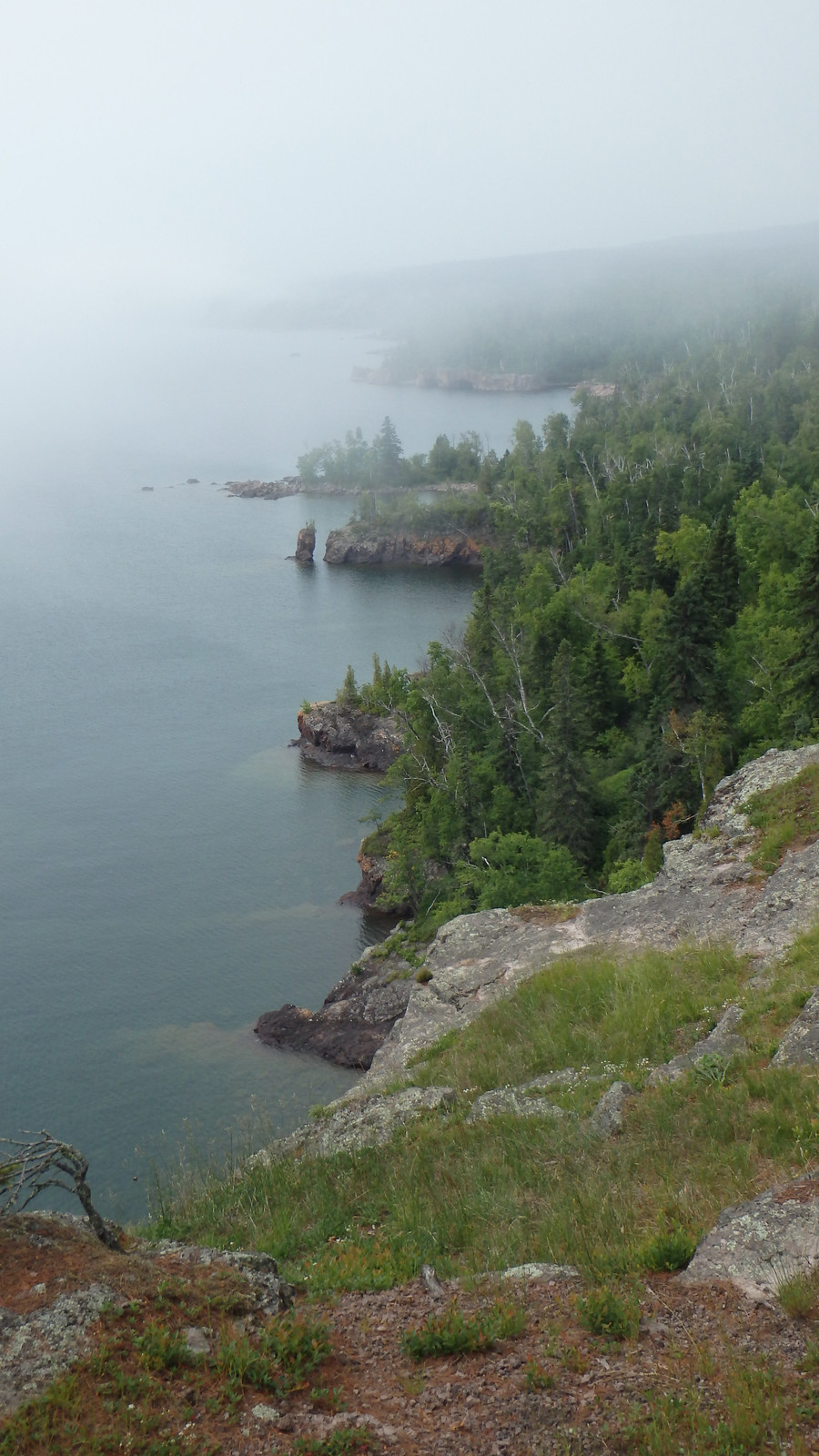 We had a clear view of the former natural sea arch, which unfortunately collapsed in 2010. 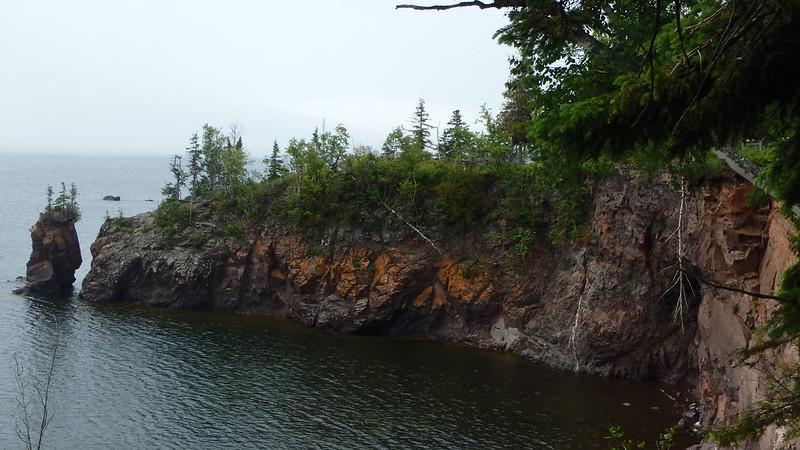 Great weekend of hiking and sightseeing at this gorgeous state park.

One thought on “Camping at Tettegouche State Park”